Nerds-Feather contributor Molly also blogs about words and cooking, but lately she's been writing music, so check out Molly & the Dreamers (and do that Like thing on the Facebook). 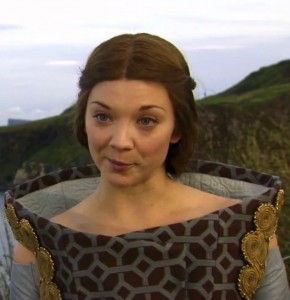 VAMPIRES, WEREWOLVES, ZOMBIES, ALIENS OR ROBOTS: Anything but werewolves. Puh-lease. (...Except American Werewolf in Paris and Michael Jackson's Thriller. I gave them one last chance with 2010's The Wolfman... Comically bad.)

...AND A COUPLE BOOKS I RECENTLY FINISHED ARE: The Vampire Lestat by Anne Rice, The Life and Death of Captain Marvel

WAITING REALLY IMPATIENTLY FOR: The Doors of Stone by Patrick Rothfuss

MY FAVORITE SUPERHERO AND SUPER-VILLAIN ARE: Hulk, because he's neither and both.

IF I WERE A SUPERHERO/VILLAIN, MY POWER WOULD BE: Plantbending or teleportation.

THE BEST COMIC FILM OF THE PAST 5 YEARS IS: Avengers.

THE WORST COMIC FILM OF THE PAST 5 YEARS IS: Fantastic 4: Rise of the Silver Surfer; but I'm pretty positive that Green Lantern was just awful too.

I JUST WATCHED [FILM X] AND IT WAS AWESOME: Sherlock Holmes: Game of Shadows. (Sometimes there are good movies on planes. It was sooooo deliciously slashy, you don't even have to resort of fanfiction.)

I JUST WATCHED [FILM Y] AND IT WAS TERRIBLE: Dark Shadows. Ok, it wasn't terrible, but it wasn't very good. Big Miracle was terrible. (Sometimes there are really awful movies on planes and you watch them anyway because your e-reader died and you're drunk.)

EVERYONE SHOULD SEE [FILM Z] BEFORE IT'S TOO LATE: Avengers.

BEST SCIENCE/SPECULATIVE FICTION SHOW OF THE PAST 10 YEARS: Firefly, of course. Followed by BSG & Dollhouse.

THE OFFICE--BRITISH OR AMERICAN VERSION: American. There IS such a thing as too awkward to watch. (I'm also the person that cringes instead of laughs at people getting hurt on AFV.)

GAME OF THRONES--LIKE OR DISLIKE DEVIATIONS FROM THE BOOKS: Like. But the deviation that should have made it into the series was that Jon Snow/Robb Stark/Jamie Lannister smex scene that was cut... from my dreams.

[Previous entries in this series: The G, Vance, Philippe]
Posted by mollyocr at 4:26:00 PM