Turn off your brain: Suspension of disbelief is fun

Tor.com (one of my favorite sf/f publishers) has a lovely ode to Red Matter (remember, from 2009's Star Trek?), that magical, science-ish thing that makes the suspension of disbelief possible, a soft lullaby to that annoying thinky part of your brain, the Jedi wave of the hand that tells your cortex, "Move along, nothing to see here." (Which is why midi-chlorians were such a fantastically awful addition to Star Wars lore. Don't explain that shit; we were already on board. Why did you have to screw it up with half-assed pseudo-science?)


Call it whatever you'd like. Phlebotinum. Kryptonite. The X-Gene. Nanotechnology. Unobtanium.

But they left out my favorite! Wonderflonium. (Do not bounce.) 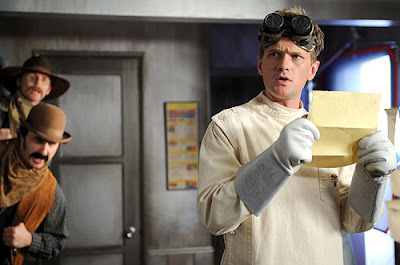 In my house, anytime we start a new show or movie with a particularly noticeable or silly phlebotinum, we shout "JUST BUY IT!" (Every episode of Fringe.) Then everything is awesome. Or, if it's a particularly believable/well-constructed phlebotinum, there's a chorus of, "Yeah, yeah! I'm buying it, I'm buying it... Oh, I just bought it." (First viewing of Inception.)

Cognitive estrangement is a wonderful thing. If you're into SF/F, it's pretty essential to be able to shut out the absurdity if you're going to enjoy yourself at all. (Plus, magic makes kids more creative.) But when things actually start making sense? -- that's when science fiction can be really satisfying.

Which is why I was astounded by the review of the Avengers movie written by Orson Scott Card, one of my absolute favorite authors, best know for Ender's Game, coincidentally published by Tor. The Enderverse is very comfortably based in the science of our real world (until it gets to the really theoretical, "out there" (... get it?) stuff in Children of the Mind). It's just enough science to buy it, but usually just little enough to avoid bothering science-minded people. Even his fantasy tends to be based in familiar scientific theory; his newish teen fantasy Pathfinder series is about manipulating the space-time continuum. I guess that's why he's so snobby.

I've written about my love-hate relationship with Card (a Mormon narcissist, however freakin' brilliant he may be), but this review just killed me. Really? In this movie of gods, scientific accidents, superfreaks, and aliens all together in the same universe (which you also point out as ridiculous), you are seriously going to bitch about the physics of the S.H.I.E.L.D. helicarrier, a totally canon piece of the Avengers comic legacy?


This is where movies are today. There is no earthly reason why an aerial aircraft carrier should exist. Buoyancy keeps ships afloat. But without balloons, keeping a huge heavy airship aloft takes energy. Lots of it.

Which burns fuel at a frightening rate. And the fuel would weigh so much that the aircraft carrier in The Avengers could not possibly carry enough fuel to lift itself.

Oh, WHO CARES. We all know IT WAS AWESOME. Get over it, man.

Oh, um... also, man, I'm really excited for your book Earth Unaware, yet another Enderverse novel about the first Formic war, coming out next Tuesday, July 17th. And I'm SUPER STOKED for the Ender's Game movie, slated for release in November 2013. I think I might have actually squealed with I found out that Harrison Ford was cast as Hyrum Graff. And Ben Kingsley as Mazer Rackham? GUH.

Here is a periodic table of imaginary elements, available for purchase as a poster. 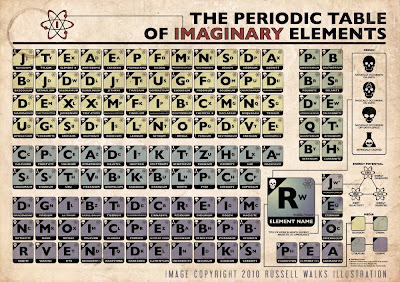