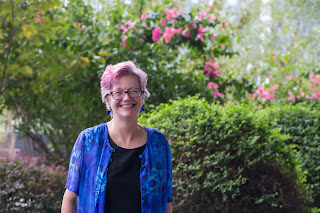 Cat Rambo lives, writes, and teaches somewhere in the Pacific Northwest. Their 250+ fiction publications have appeared in places in Asimov’s, Clarkesworld Magazine, and The Magazine of Fantasy and Science Fiction. In 2020, they won the Nebula Award for their novelette, Carpe Glitter. Their 2021 books include fantasy novel Exiles of Tabat (Wordfire Press, May, 2021), and space opera You Sexy Thing (Tor Macmillan, September, 2021), while in February 2022, anthology The Reinvented Heart, co-edited with Jennifer Brozek, will appear from Arc Manor Books.

Today, she tells us about her Six Books 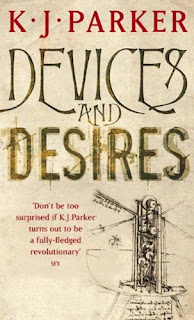 I just started Devices and Desires by K.J. Parker, book one of a fantasy (ish) trilogy. I'm enjoying it because it talks about one of my favorite things, the economics of a world, and how trade and other market forces drive civilizations.  No magic whatsoever! But lots of lovely details and interesting characters, and a slow-burning epistolary romance. I love fantasy that thinks about the economics of things because it feels so much better thought out than some of the cartoonier books. 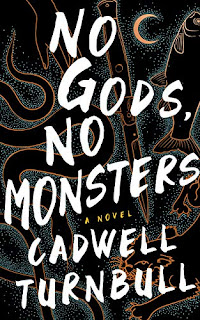 Cadwell Turnbull's No Gods, No Monsters. I thought his first novel, The Lesson, was outstanding and when he appeared on the podcast I sometimes co-host, If This Goes On (Don't Panic), he talked about this second one, which also moves into one of my favorite genres, superhero fiction. I can't wait to read it.

3.Is there a book you're currently itching to re-read? 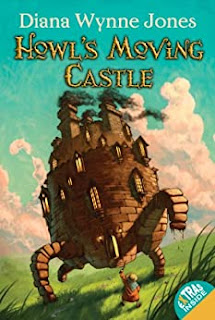 I just re-watched Howl's Moving Castle, the Miyazaki anime version, and it's made me want to go back to the book, which is so different and just as lovely in its own way. I found that I had most of the Miyazaki films available on a subscription service recently so I've been working my way through those, but that's the only one based on a book that I've read multiple times (like a number of Diane Wynne Jones' other works).

4.How about a book that you've changed your mind about -- either positively or negatively? 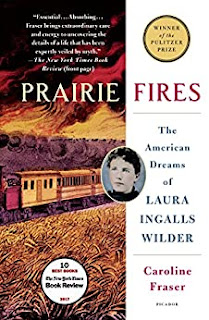 Laura Ingalls Wilder's Little House on the Prairie would be one that I certainly see in a different light nowadays than I did when I read it -- again, multiple times in those pre-Internet days -- as a child. For me one of the most striking moments has always been when Laura sees the columns of Indians going by, but the book glosses over the reality of that journey, which is the Trail of Tears in 1838. The Wilders are occupying Native American land, but the only mention of that, really, are the beads scavenged by the little girls from what I now realize was an Indian campsite that they'd been driven from. This change came about from reading a recent biography of the author, Prairie Fires: The America Dreams of Laura Ingalls Wilder by Carolyn Fraser.

5.What’s one book, which you read as a child or a young adult, that has had a lasting influence on your writing? 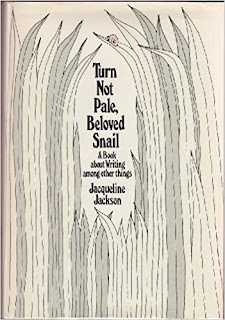 There's a book aimed at children, about writing, that my grandmother gave me when I was 10 or 11, called Turn Not Pale, Beloved Snail, by Jacqueline Jackson. I read that book so many times! And it really shaped my writing, particularly using sensory stuff. My signed copy is beaten to hell (though it retains its dust-jacket, something few others of my books can say), but I've carried it around all these years. I tracked down the right email address last year and wrote to Jackson last year to tell her how much the book meant to me. She wrote back an incredibly nice letter, saying I'd gotten her book at the perfect age.

6. And speaking of that, what's your latest book and why is it awesome? 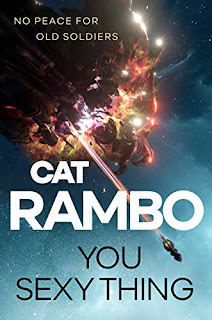 I'm lucky enough to have two books in 2021! The one that's coming out this September from Tor Macmillan is You Sexy Thing, the start of a space opera series featuring retired mercenaries turned restauranteurs who are launched into adventure when an unexpected package arrives and they're forced to steal an intelligent spaceship -- who isn't convinced it wants to be stolen. The one that came out earlier this year was Exiles of Tabat, the third book in my fantasy quartet from Wordfire Press.