Nancy Jane Moore is the author of the fantasy novel For the Good of the Realm and the Locus-recommended science fiction novel The Weave, both published by Seattle’s Aqueduct Press. Her other books include the novella Changeling and the collection Conscientious Inconsistencies. Her short stories have appeared in numerous anthologies and in magazines ranging from the National Law Journal to Lady Churchill’s Rosebud Wristlet. In addition to writing, she holds a fourth degree black belt in Aikido and teaches empowerment self defense. A native Texan who spent many years in Washington, D.C., she now lives in Oakland, California, with her sweetheart, two cats, and an ever-growing murder of crows. blog: https://treehousewriters.com/wp53/; website: http://nancyjanemoore.com/. 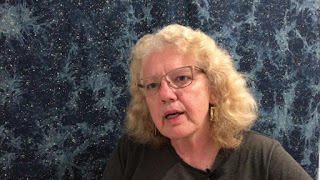 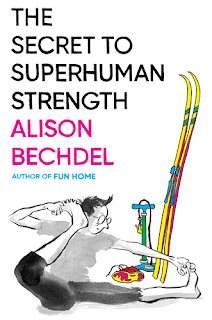 Alison Bechdel’s The Secret to Superhuman Strength. It’s a graphic memoir of her ventures into many different physical activities – from karate to biking to skiing to even more – and the relation of that to various paths of enlightenment. It’s easy to just whiz through a graphic book, so I’m trying to take it really slowly, read every word, and look at all the pictures carefully. I wanted this book not just because I’m a fan of her work going back to the Dykes to Watch Out For comics, but also because I, too, am someone who became obsessed about learning with my body. In my case, that was primarily martial arts, though I used to jog back when my knees would let me and these days I walk a lot. I’ve been thinking and writing about the importance of how we learn with our bodies for years, some of it focused on self defense, some aimed at recognizing how mind and body work together. So good to find someone else thinking deeply about these things. 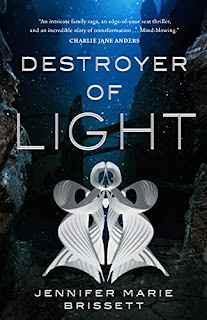 Jennifer Marie Brissett’s Destroyer of Light. I loved her first book, Elysium. She’s a writer who writes about very complex ideas in beautiful language – a rare combination. I don’t even know what the new book’s about yet; I’m just ready to read anything she writes. 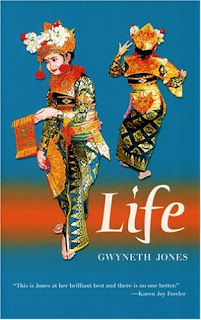 I did a lot of re-reading during the Pandemic; it was a good time to get lost in a book but there were a lot of days when I didn’t want to take a chance on a story that I didn’t already know. I’m kind of caught up on my comfort re-reads, so it’s time for something more challenging. I think I’m going to re-read Gwyneth Jones’s Life, which addresses some changes in human fertility not unlike what I keep reading about in the news. 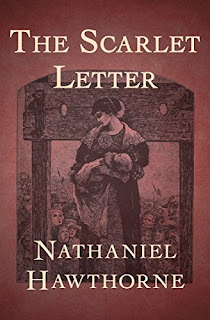 The Scarlet Letter. When I read it in high school I thought it was absurd. I took it as the usual preaching at young women about our virtue. I never planned to read it again, but about ten years ago I taught a one-on-one class with a student through Antioch University’s writing program. The student put it on her list of books to cover, so I had to re-read it. I was amazed to discover how funny it is. Most of it is satire. There are all these wonderful lines about an unpleasant old woman of the town who was later “burned as a witch.” Hawthorne was very romantic about the preacher who got Hester pregnant and didn’t stand up for her, but otherwise the whole book is intentionally hilarious. 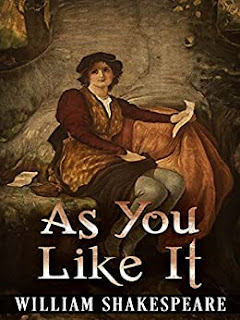 Oh, wow. This is a hard one for me, because I don’t think there’s any one book that influenced me as a writer. It would be most accurate to say that all the reading I did when I was in high school and college came together to influence me as a writer. I read lots of mysteries and thrillers as well as a lot of the books considered “canon” in the first three-quarters of the 20th century and I’m sure bits and pieces of all that show up in my work. But if you’re going to force me to pick one thing, I guess I’ll go with Will Shakespeare and As You Like It, which I read when I was about ten. (My father had a nice edition of complete works that he carried through World War II.) I don’t write plays and I can barely write a poem in iambic pentameter, but the combination of underlying serious issues with comedy impressed me. Plus Rosalind’s decision to disguise herself as a man appealed to me back then. I’ve always found the way Shakespeare wrapped everything up neatly with marriages all around kind of annoying, but when I saw a production at the Folger Library in Washington, DC, some years back I almost ended up rolling in the aisles laughing at the last act. There’s a lot to be said for that level of funny. 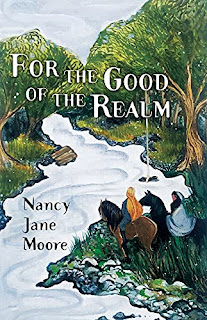 For the Good of the Realm, which just came out from Aqueduct Press .  It steals unapologetically from The Three Musketeers, but has swordswomen and witches along with conniving religious leaders and political intrigue. And, of course, moral dilemmas and fight scenes, which are the two things I most appreciate in a story.