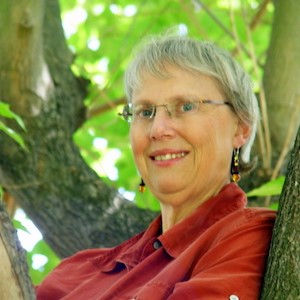 Heather Rose Jones is the author of the Alpennia historic fantasy series: an alternate-Regency-
era Ruritanian adventure revolving around women’s lives woven through with magic, alchemy,
and intrigue. Her short fiction has appeared in The Chronicles of the Holy Grail, Sword and
Sorceress, Lace and Blade, and at Podcastle.org. Heather blogs about research into lesbian-
relevant motifs in history and literature at the Lesbian Historic Motif Project and has a podcast
covering the field of lesbian historical fiction which has recently expanded into publishing audio
fiction. She reviews books at The Lesbian Review as well as on her blog. She works as an
industrial failure investigator in biotech pharmaceuticals. Find her on Twitter here.

Today, she shares with us six books that are either midpoints or standalones within their series!

Valour and Vanity by Mary Robinette Kowal. The Glamourist Histories may all be released but I’m still working my way through the series. There was a time in my life when I would binge-read an existing series once it caught my attention. Now I like to spread them out a bit more. I’m tickled to death that “Regency fantasy” has become an identifiable genre, and not only because my own Alpennia series can be carried on that tide. Alpennia isn’t technically Regency, not being set in England, but it was inspired by the Regency romance genre. I’m steeped in Jane Austen’s works--perhaps “pickled” would be a better term, since I use audiobook versions of them as a sleep aid--so it was fun to identify the familiar Austen characters and tropes in Shades of Milk and Honey. But the series moved beyond those origins in successive books and I enjoyed seeing the books engage with topics that the premise seemed to beg for. (Like the potential industrial uses of glamour, and the human toll that would exact.) Each entry in the series tackles a new aspect of the magical premise as we take the Grand Tour through Kowal’s version of early 19th century European society.

A Jewel-Bright Sea by Claire O’Dell. Technically this isn’t “upcoming” since it’s been out for a month, but it’s upcoming for me, since I haven’t started it yet. Taking a sharp new turn in an existing series is always a risk. Starting a series under one name (River of Souls by Beth Bernobich) and following the same characters and setting under a new pen name and series title (Mage and Empire by Claire O’Dell) must be nerve-wracking. Fortunately, following the author means I didn’t lose the thread of connection between the previous works (which I loved) and this adventure of pirates and magic. With the characters in the various books tied together by linked re-birth across the ages, the series is inherently non-linear and every book has the potential to be the middle of an endlessly ongoing story. The next Mage and Empire book is in process and I hope to anticipate more after that.

Memory by Lois McMaster Bujold. I suspect every fan of the Vorkosigan series has their own favorite. Given my love for Georgette Heyer romances, one might expect mine to be A Civil Campaign. But if you judge by the elapsed time between completing the first read and starting the re-read, then the clear winner for me is Memory. (Elapsed time: about 5 seconds.) It misses out on being the book that I’ve re-read most often across my entire lifetime primarily because it can’t compete as a comfort read with Francis Hodgson Burnett’s A Little Princess. How’s that for an odd juxtaposition? I love Memory because it shows powerful characters at their most vulnerable. I find it hard to love characters who wield immense privilege and autocratic power, leaving vast swathes of the population at the mercy of their sense of honor and good will. Honestly, from a political point of view, I find my enjoyment of the Vorkosigan series highly problematic. But that vulnerability isn’t the only reason that Memory is a regular re-read for me. I love a good puzzle and a carefully set trap. I love seeing women’s power--even from a minor side character--recognized and rewarded. And, quite frankly, I rather enjoyed seeing Miles get a long overdue comeuppance, even though he improbably lands on his feet and climbs even higher because of it. In my opinion, the series peaked with this book, with the following pair of Komarr and A Civil Campaign delivering a nice relaxing coda. But sometimes a “middle book” can deliver the hardest punch of a series.

The Privilege of the Sword by Ellen Kushner. Kushner’s Riverside stories aren’t so much a “series” as a pinboard of postcards delivered from various locations in Riverside’s sprawling history. In terms of writing sequence, The Privilege of the Sword is either the end of the Riverside novels (if you count the Kushner-authored ones) or the middle of an ongoing saga (if you count the group-authored serials that fall two generations earlier in timeline). When I first read The Privilege of the Sword it exploded my heart into a thousand pieces. It came so close to being the novel I had lived my whole life waiting for--the fantasy adventure in which brave, daring, sword-wielding girls rescue and fall in love with each other--then it fell short in ways that left me devastated. It took me an entire decade--and writing my own first novel--to be able to come back to The Privilege of the Sword and appreciate it for what it always was. It isn’t that my opinion changed positively or negatively, only that I was able to step back from my own needs and hungers and see the book more clearly.

The Dark is Rising by Susan Cooper. It’s always surprising to remember that The Dark is Rising is a middle book--the second in the five-book series. (Although it was literally the middle book in the series when I first read it in the mid-1970s. The fourth and fifth books hadn’t been published yet when I read it.) What I took away from The Dark is Rising is that magical forces are all around us, lying dormant in the landscape and infusing every bird and tree. Even the most ordinary of eleven-year-old boys (or girls) might suddenly find they were part of a larger story with ancient lineage. When I was eleven, I had the life-changing experience of living in Prague for a year--an experience that led directly to my life-long love of history and language. That was a year when mystical things could have happened. Later, when I began Cooper’s series, everything I had experienced took on a different color. The series is oddly structured. One can begin either with this book or with Over Sea, Under Stone. The young protagonists of the two books have no overlap, and it would be easy to miss the connection of the mentor figure who appears in both stories. When all the protagonists are united in the third book, Greenwitch, the reader may agree with them in wondering just whose story it is, anyway. The Dark series also taught me that you can lead your readers through a massively changing landscape, from the domestic to the mythic to the epic, and if you play your cards right, they’ll follow you anywhere.

Floodtide: Can an ex-laundry maid and a dressmaker’s daughter outrace the rising waters and bring a miracle to the forgotten people of a stricken city? The Alpennia series is a Regency-era Ruritanian romantic adventure, following a found-family of women caught up in a growing magico-political conflict. As I approached the middle of the planned seven-book series, I decided to risk a major shift of gears. Instead of the previous focus on wealthy and aristocratic characters whose actions affected the fate of the country, I took up the story of a young working-class girl who has nothing in the way of mystical powers and whose challenge is how to survive when she’s dismissed from her employment with no prospects. Oh, she knows a few magical charms--the ordinary house-charms that everyone knows for their work. But her newfound apprentice-sister Celeste draws her into the world of the charmwives. Through an unlikely collection of allies, Celeste’s charms may offer the only hope for Alpennia’s forgotten poor when floodtide comes out of season in the wake of a magical battle. Floodtide is an “independent onramp” to the series, offering new readers a taste of Alpennia without the daunting prospect of working through the three previous volumes. My hope is that they’ll love it enough to circle back and read the rest!
Posted by Adri Joy at 12:00:00 AM