Before moving into the world of comics I feel the need to bring your attention to the upcoming David Lynch art show, "In Dreams", that is going to be opening at the Spoke Art Gallery in San Francisco.   The opening reception is this Saturday and you can get more information by checking out the blog here.   Spoke Art hosts some fabulous shows and this one looks to be spectacular.  Too bad I am trapped in Indiana.  Well, at least I have my comics to keep me company! 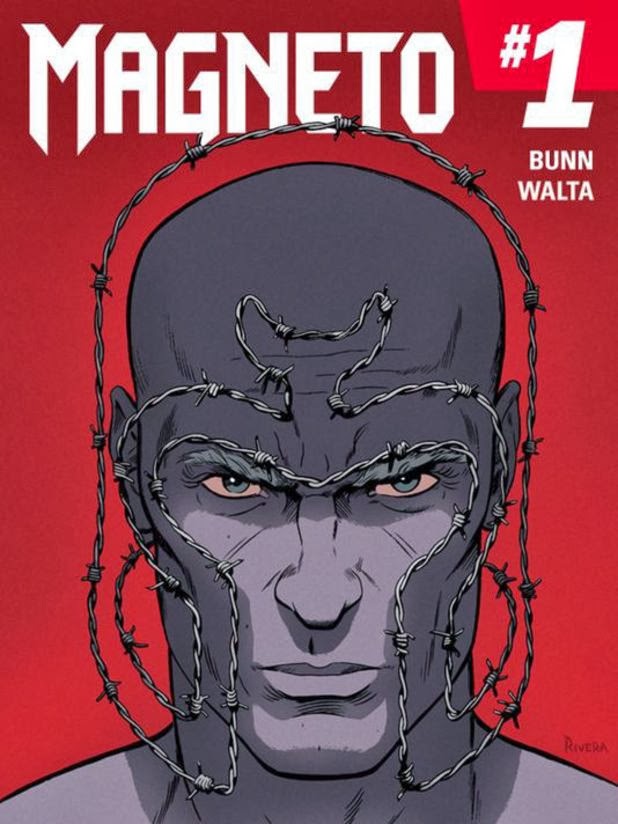 Pick of the Week:
Magneto #1 - Cullen Bunn has demonstrated his mastery over horror so pairing him with Magneto is a match made in heaven.  Before I review this book, as someone who resides in the Midwest, it pains me to see this title open in Cape Girardean, Missouri.  I can only imagine that it was intended to be Cape Girardeau and was an honest mistake, but I want the good folk who live in Cape Girardeau to feel excited that Magneto had coffee there!  Despite this minor flaw, this title is simply compelling.  Bunn delves into the psyche of this notorious villain and reminds people of how simply vicious this mutant can be.  Magneto is currently investigating crimes against mutants and appears to be living in a world that is a cross between Memento and Bottle Rocket.  It is definitely interesting to see him in the role of detective and I am very excited about where Bunn is going to take this series.  Go buy this title right now!

The Rest:
The Auteur #1 - When I learned the good folks at Oni Press sent advance copies of this book to the Westboro Baptist Church I knew I was in for a treat.  The Twitter account of the "church" sent a reply to Oni Press and told them they could keep their pornography to themselves.  While The Auteur is far from pornography, it is easy to see how one could be offended from such a book.  While I would not recommend this book to all, I quite enjoyed the tale of a struggling Hollywood producer and found it to be like nothing on the market currently.  The gore is over the top and feels like a Garbage Pail Kids card, but it fits the trippy tale of one man's quest to reclaim his career.  Unique series that is worth your time if you are not easily offended.

Secret #6 - Jonathan Hickman's crime noir delivered an action packed sequence straight out of summer blockbuster that was over before I knew it.  Not wanting to spoil anything, things get a little messy as Steadman and company prove to be formidable foes.  We are left with a stressful situation that has me yearning for a quick turnaround on issue #7.  Not sure if I would suggest picking this up now, but would definitely recommend picking up the trade whenever it is released.  This is a phenomenal series.

Quantum and Woody: Goat #0 - The good people at Valiant tricked me into reading a goat's origin story and I am happy they did.  This is a funny, heart-felt tale about two partners and their goat.  As a newcomer to Quantum and Woody, I plan on checking out what the series has to offer after picking up this title.  The writing is fresh and witty, there are references to Dolly the Sheep, and the ending hook left me wanting more of this series.  Valiant is really establishing itself as a strong independent publisher.

Moon Knight #1 - The insane life of Moon Knight has always intrigued me since a friend introduced me to him a few years back.  Marc Spector, Moon Knight, appears to be suffering from multiple personalities and is absolutely bonkers.  Despite this, he is on the side of good and is assisting police in an investigation.  While nothing groundbreaking occurs in this issue, it appears that Moon Knight is in capable hands and that the great Warren Ellis has big plans for Mr. Spector.  I will continue reading this series and hope you do as well.