As I huddle directly under the air conditioner trying to stave off heat stroke this summer, my thoughts have turned, unsurprisingly, to humanity's rather robust contribution to the warming cycle currently in full swing here on planet Earth, and whether it spells doom for us all, a la The Day After Tomorrow (though honestly, right now a freak cold spell sounds pretty awesome). So you may notice, in my summer reading list below, a certain apocalyptic theme.  However, I'm by no stretch of the imagination a pessimist, which is why the books I read tend to get through that nasty apocalypse business relatively quickly and get on to the "post" part, the joyous rebuilding of civilization... 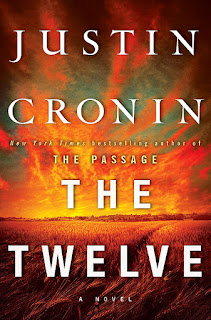 1) The Twelve, by Justin Cronin


A while back I wrote a review of Cronin's first book in this trilogy, The Passage, which was phenomenally good (the book, that is, not necessarily the review!), so I've been looking forward to reading the second installment ever since, and methinks summer is the time to do it.  Ah, how nice it will be to return to the world of uber-vampires and Amy and, in the middle of it all, the surviving blood banks (I think you know what I mean). 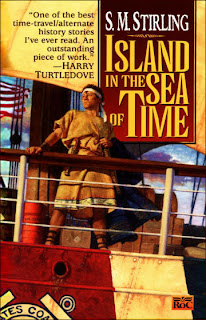 90% of the people who read this blog, I am quite certain, have a) seen Revolution, and b) are just a bit conflicted about it.  Objectively, we all know that despite an intriguing starting premise and a well-directed pilot, the show is terrible, suffering from ham-handed, repetitive, wildly implausible story-telling (and utterly unstable characters!) so bad it's almost impressive, in a way. And don't even get me started about the younger brother and his moment of fame. I wish I could interview the execs at NBC who green-lit the second season, or possibly dissect their brains to rule out the possibility that they're aliens and perhaps, just perhaps, get to the bottom of their colossal idiocy in renewing such a terrible series after it had already started to (or continued to!) founder big-time.

If you're anything like me, this is how you look after enduring an episode of Revolution...

That's the objective appraisal of the show: an interesting idea that was totally ruined by people who don't understand how to tell a story—and might be aliens.  But the romantic in me still finds something to like about the basic premise. This got me thinking: where did the premise come from?  It certainly didn't originate with any of the pod people running the show! Shame on you for lending your name to the crapfest, J.J. Abrams!
Well, I can't be totally sure, but my money's on it being lifted from Stirling's Dies the Fire, which explores how human society might falter and adapt in a world suddenly and inexplicably deprived of electricity (in any form, including batteries, etc.) or effective gunpowder. And Dies the Fire was pretty interesting, and even with the annoying Wiccan utopia thing it was loads better than Revolution, at any rate (did I just damn it with faint praise?), so I decided I'd like to see where Stirling's idea for this sort of world came from, and it turns out he started his exploration of this unique universe in his Nantucket series, which is sort of the reverse—an ancient world where a small group does have access to advanced technology. Move over, Revolution! It's time to revisit ancient Greece...but this time, I'm bringing my AEGIS cruiser!

3) The rest of The Strain trilogy by Guillermo del Toro, Chuck Hogan
The first book, The Strain, was quite good—its first half was absolutely fantastic, and the second half, while slightly disappointing due to all the clumsy exposition, wasn't too bad either.  It reads an awful lot like a novelization of a screenplay, a story screaming to be made into a chilling action/horror movie (and judging from the title of book three, a pretty dark one at that), which is no surprise considering Guillermo del Toro is one of the co-authors.  While I'm excited to read the rest of the trilogy, I sure hope this series wasn't the real reason del Toro ended his involvement with The Hobbit! I like Jackson as much as the next Tolkien fan(atic),

but I would've loved to see what del Toro could do with the story, and I can't help but think we wouldn't have gotten such a languid, trying-to-be-LOTR-but-coming-up-short first movie if he'd been in control. 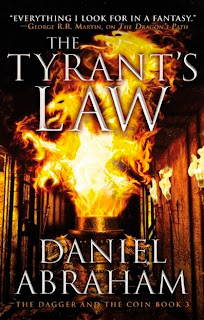 4) The Tyrant's Law, by Daniel Abraham
I'm just finishing the second book in the series now, and am leaning toward agreeing with Jemmy's review, in that I feel it's significantly better than the already very entertaining first book. Given the glowing review The G gave this book, as well as the fascinating guest post we had by Abraham himself recently, my interest in The Tyrant's Law is well and truly piqued! 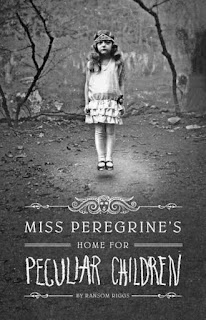 5) Miss Peregrine's Home for Peculiar Children, by Ransom Riggs
Do you ever get just a little sick of endless, monotonous lines of words, words, words, for hundreds of pages on end? Who was it who arbitrarily decreed that children can enjoy more sensorily engaging illustrated works but adults have to snooze their way through dry text? (I'm thinking of you, A.R. Burn!) This brings me to why I've chosen a borderline Young Adult book for my list.  I've been told by a source I trust that it's a) very good, and b) text interwoven with vintage photographs, an idea I find intriguing.
I guess it's time for confessions, as well: I kind of like YA fiction, and I'm only slightly afraid to admit it! The Hunger Games, for example: the first one was pretty good, the sequel was okay, and the third one was mind-numbingly awful, but I certainly don't regret reading them—they were fun! These sorts of stories are so simple to read they're like Prozac in book form, and I'm hoping to get another dose from good old Miss Peregrine and her weird kids!

6) Reached, the conclusion of the Matched trilogy, by Ally Condie.
See #5 for why adding corny post-apocalyptic romances to my list is okay. And if it's the same old tired trope of love triangle, that doesn't make it any less deliciously entertaining to figure out, at long last, which way Cassia will go: to Ky or Xander. Regarding the character names, I really want to say "You can't make this stuff up" but of course that's pretty much what Condie did...
Anyway, the second book, Crossed, was a let-down after Matched, the excellent first book, so I'm hoping Condie can bring back the magic of Matched in book three!


I don't know anything about this book, but honestly, what's not to like, given the title?
Posted by Zhaoyun at 12:01:00 AM