The big news in the world of comics this week brought a smile to my face.  Mind MGMT by Matt Kindt has been picked up by Fox with Ridley Scott set to produce.  Add this to the fact that NBC ordered a Sixth Gun pilot and the rumblings of the Locke and Key movie trilogy has some momentum and I couldn't be happier.  Oh yeah, Matt Fraction is also donating his royalties from this week's heart-felt Hawkeye to Hurricane Sandy Relief. 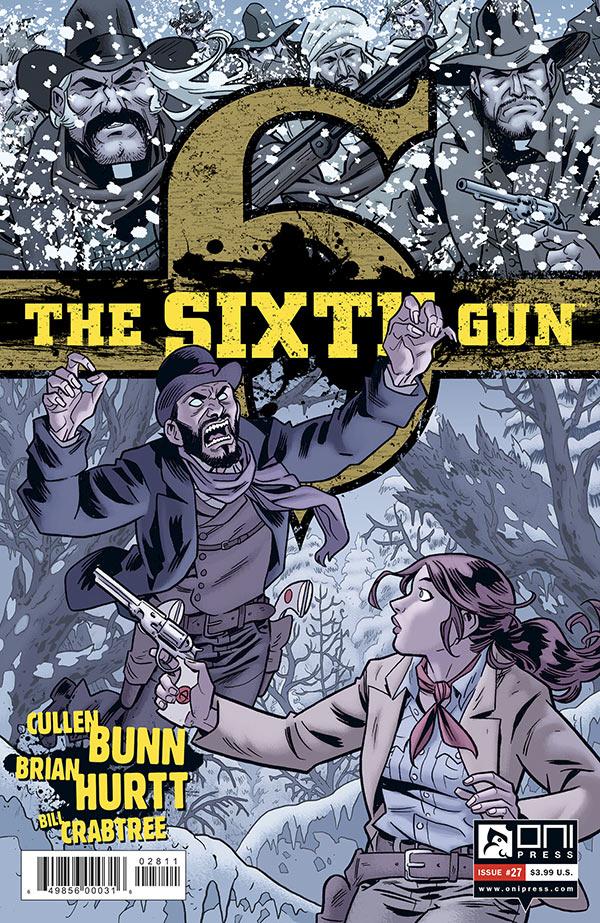 Sixth Gun #28 - Cullen Bunn knows how to keep you on the edge of your seat.  The scenes in this book between Becky, the Wendigo, and Drake are some of the most suspenseful pages I have read in recent memory.  Taking advantage of the medium, when I desperately wanted a page turn to bring some sort of resolution, I was whisked away to Gord and the rest of his rag tag group on their quest to find Beck and Drake.  The Sword of Abraham is in pursuit, but the strength of Asher Cobb and the magic that Gord possess keep them one step ahead.  Asher Cobb, who I initially didn't think much of, has really grown to be one of my favorite characters.  Bunn must be credited for the amount of empathy and compassion I feel for an undead mummy and his lost love.  I can't bring myself to rate them, but Sixth Gun, Locke and Key, and Mind MGMT are the three best comics on the market today. 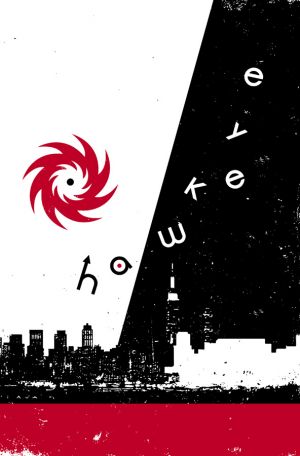 Hawkeye #7 - Matt Fraction delivers an emotion issue that touches on the impact that Hurricane Sandy had on many individuals in New York and New Jersey.  The book opens with Clint helping out one of his tenants travel to Far Rockaway to save his father and some belongings.  The issue wraps up in Jersey as Kate is in a wedding that is disrupted.  When her gear is stolen from a drug store, the people of New Jersey come together and show the resilience of the northeast.  To top it off, Matt Fraction is donating his royalties to Hurricane Sandy relief.  Go buy this!!

The Rest:
Batman: The Dark Knight #16 -  It has been a while since I visited the Dark Knight, having focused on Detective Comics and Batman, but I am quite pleased with this issue.  The Mad Hatter is kidnapping dozens of people for an unknown reason and Batman is trying to get to the bottom of it.  Mix in that Bruce's current love interest may know his secret.  Nothing spectacular or wildly inventive, but Gregg Hurwitz spins a nice set-up for what looks like an enjoyable arc.

Superior Spider-Man #2 - I am still not sure how I feel about the whole Doc Oc inside Peter's body thing, but it has been an interesting journey.  In issue #2 we are treated to the plight of Doc trying to get together with Mary Jane.  We see Doc's strengths enhance how Spider-Man patrols the city, we see his attitude alter how Spider-Man is perceived in the city, and we ultimately see how Peter, as a memory, is really having a hard time seeing his life invaded by his greatest foe.  Still an intriguing concept, but still not sure how long I will keep reading.  I have enjoyed it thus far and it is definitely thinking outside the box which I appreciate.

The Masters of the Universe: The Origin of He-Man #1 - When I saw this book released this month I figured it was time for a trip down memory lane.  I was a He-Man fan as a youth and minus the live action movie, remember it fondly and even have a few toys that my son plays with.  This book, however, did not provide the nostalgic feel I hoped for.  It took too serious of a tone.  The art, akin to the style of Boris Vallejo, doesn't allow for the tongue-in-cheek humor that this series used to provide. This book left me disappointed.  Time to go play with my son's Mechaneck toy to cheer me up.