It is time for your weekly comic round-up featuring an old school Uncanny Avengers, a new arc of Matt Kindt's brilliant Mind MGMT, and Deadpool battling former presidents.  Add to the mix of great books that NBC ordered a pilot for the Sixth Gun and it is a good day for us comic book readers. 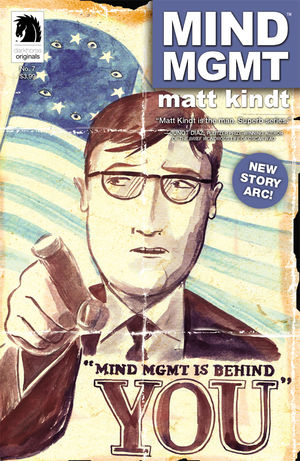 Pick of the Week:
Mind MGMT #7 - If you have not hopped aboard one of the must stunning books from 2012 now is a great time to do so.  When we last visited the world of Henry Lyme and Mind Management, Henry had just erased her memory and set Meru, his only hope for redemption, free.  Issue #7 picks up with Meru trying to piece things together from a series of vague and foggy memories.  It all begins with a letter that  is delivered to her on a Sunday.  As she tracks down the mysterious origin of this letter, we meet another Mind Management agent, Brinks.  His is an ad man that has the skill of sending death letters, yet somehow Meru has escaped that fate and traced the letter back to him.  We also learn of the Eraser, who I am guessing is Julianne who we learn bits and pieces of in the side margin throughout the book.  Henry is reunited with Meru towards the end and the two of them embark on a mission to seek other agents to help them in their cause to take down Mind Management.  In this book we are treated to Julianne's side story in the margin and a mini-comic below each page on how the assassination letters are constructed.  I am sure there are numerous easter eggs and hidden clues I missed, but will be happy to re-read this book to see what other clues I can find.  This is without question one of the top 3 ongoing series on the market today. 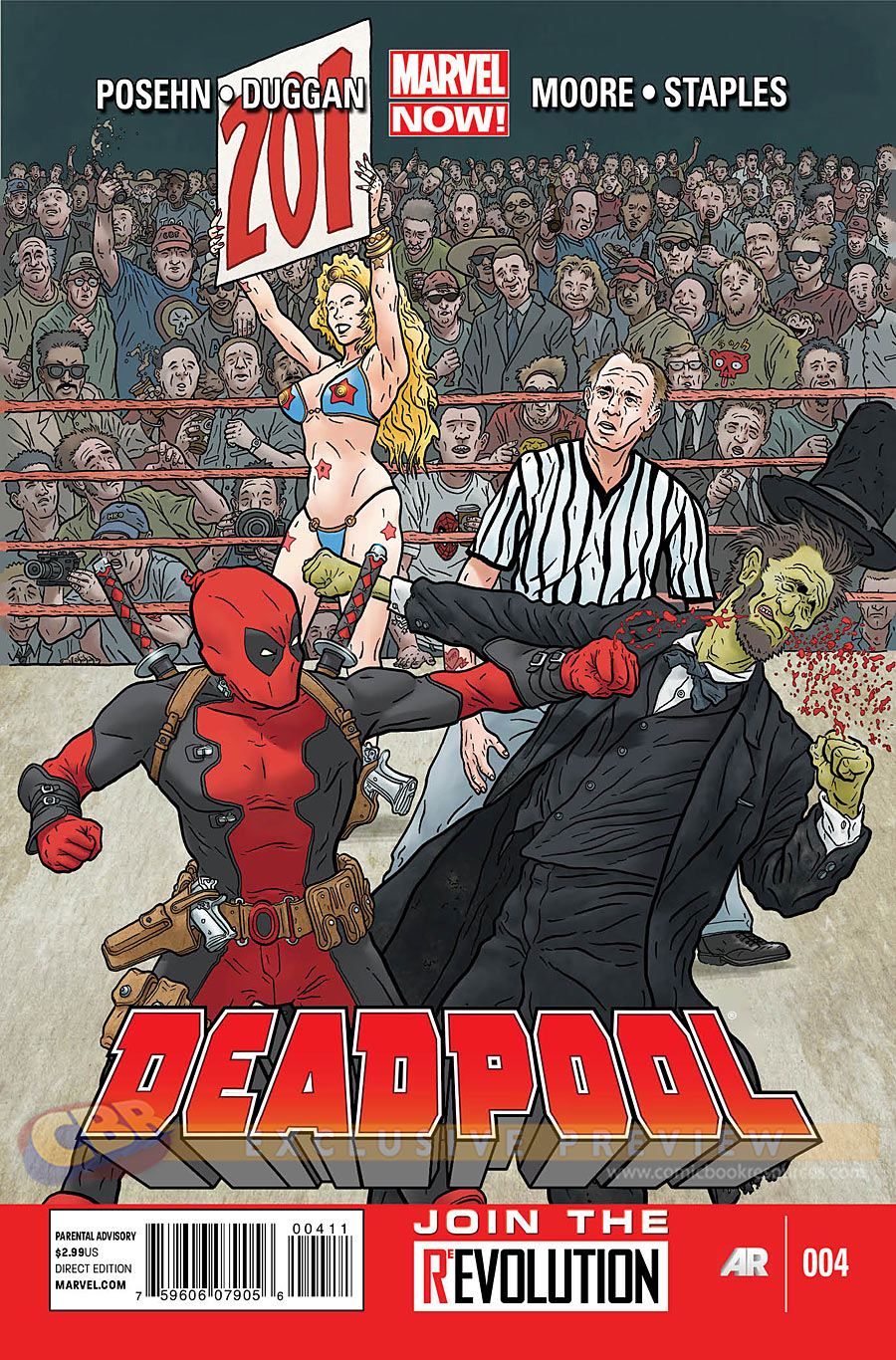 Runner-up:
Deadpool #4 - The duo of Brian Posehn and Gerry Duggan continue the fun filled adventure that is Deadpool killing zombie former presidents.  Through a combination of history, violence, gore, witty one-liners, and loads of references, this series keeps a smile of my face from cover to cover.  My favorite reference was when Kennedy was referred to as Quimby, and Posehn made his pressnce known with a shout out to Pantera's "Five Minutes Alone" for a montage in which Deadpool killed multiple D-list presidents and a shout out to former Mr. Show co-star Scott Auckerman (no idea he was skilled in training ultimate fighters).  The concept of this book alone warrants its purchase (Deadpool vs. Zombie Presidents), but the witty writing, the clever references, and the sheer insanity that are packed into these pages make it a series that I can't get enough of.

The Rest:
Uncanny Avengers #3 - In the last issue we learned that Red Skull has somehow fused the telepathic abilities of the deceased Professor X with his own mind.  In this issue, which feels like a classic Silver Age book, we learn what would happen if someone with ill intentions possessed the power the Professor X had.  The terror that Red Skull releases is gruesome and we are left wondering how the Uncanny Avengers can ever save the day!

Young Avengers #1 - Let me preface this by saying I entered this issue with zero knowledge of the Young Avengers.   As a blank slate who was reading a book that was generating a fair amount of buzz, I must say that I enjoyed it.  The characters felt real and the ability to develop them as much as they were developed in one issue speaks volumes to the writing of Kieron Gillen.  This book was subtitled Style > Substance, but, in a book that was filled with style, I will have to disagree.  I look forward to seeing where this title goes.

Deadpool Killustrated #1 - "The progenitors will write you straight back into continuity if they get half a chance."  This is the premise behind the latest Deadpool series from Cullen Bunn.  After killing the entire Marvel universe, Deadpool is left wondering how he can truly free himself is to kill the metaverse, the classics, the inspirations to all of the superheros.  If he can eliminate the original source of their existence, he can be set free. Rather than read all of the classics to determine which one was the inspiration for each character, Deadpool would rather dive in head first and kill them all.  First on the table, Don Quixote and Moby Dick.  I must say that it was quite enjoyable to see Don Quixote, the white whale, and Ishmael get taken down by the Merc with the mouth.  Finally a comic that should be necessary reading in every high school literature class.  Thanks Mr. Bunn!