HORROR 101: Violence in Horror, Part One 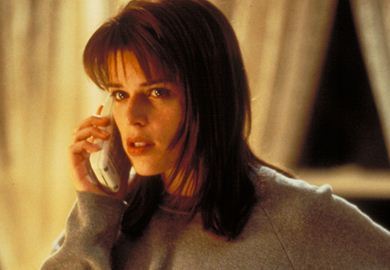 A lot of times when I mention being a horror fan or horror writer, people say something about the violence in horror: “I can’t watch that stuff, it’s too gory” or “why would you want to write something violent.” Rarely do I want to go into pedantic scholar mode (except for my poor long-suffering students), so I usually just shrug. However, here in Horror 101, is exactly the place for me to get onto my horror scholar pedestal and say: good horror isn’t about the gory, or shocking acts of physical violence being depicted. Instead, it’s often about the true nature of violence which is the loss of agency.  So in this column, I’ll be talking about violence and agency in horror. Violence is a subject I plan to tackle from a few angles in terms of horror—while this is looking specifically at violence as loss of agency, later columns will address violence and women’s bodies in horror and other issues about the use of violence in the genre.

When we think of horror, we might think of the visceral moments that have stayed with us: the opening murder in Scream, for example, or the shark in Jaws taking off someone’s leg. Those moments stick with us because acts of physical violence cause such visceral emotional reactions: disgust, terror, an empathetic surge at the pain. However, beneath these physical moments of violence are the ones of the more subtle but insidious acts of violence.

Violence as a loss of agency is the idea that any act that removes agency is a violent one. These can be individual acts, like if a woman is stalked and then needs to change her patterns of behavior in order to feel safe, or they can be systemic ones like the judicial system putting policies in place that adversely affect a specific group of people. This is not to say that this style of violence doesn’t lead to physical violence, because it does. Get Out (WHICH SHOULD HAVE ALL THE AWARDS, JUST SAYING GOLDEN GLOBES, JUST SAYING) is a film that finds much of its horror and tension through exactly this type of horror and violence. I talked more in depth about Get Outand the rhetoric of violence and using genre as social action here, so I won’tgo into that as much now.

One facet that particularly interests me is how by often using female protagonists, horror allows us to view this type of violence in an amplified way (which is often what good horror should be doing—showing us some horror of everyday life and elevating to an extreme so that everyone can feel it). When Sidney in Scream has to follow arbitrary rules in order to stay safe, we see a loss of agency that all women have probably felt at some time in their lives (don’t walk alone at night, don’t tell someone where you live, don’t smile at the wrong person). So when she takes back control, it becomes a cathartic release not only in the sense of the film but to any woman who has felt like they had no control over the things being done to them.

By using violence as loss of agency in horror, the audience can contemplate larger societal issues around them. Horror is about fear and how we try to survive in the face of it. But, it can also be asking how we confront the things that make us afraid and how we can try to overcome them. I hope to see more socially conscious horror films, following the success of Get Out (here also is my review), as I think it’s a genre that can be more effective than most in making us feel those issues.

What do you think? Is this kind of violence important to discuss? What are your feelings about depictions of violence in horror? Tell us in the comments or tweet me @PintsNCupcakes.