Television review of 2017 - the year it beat cinema 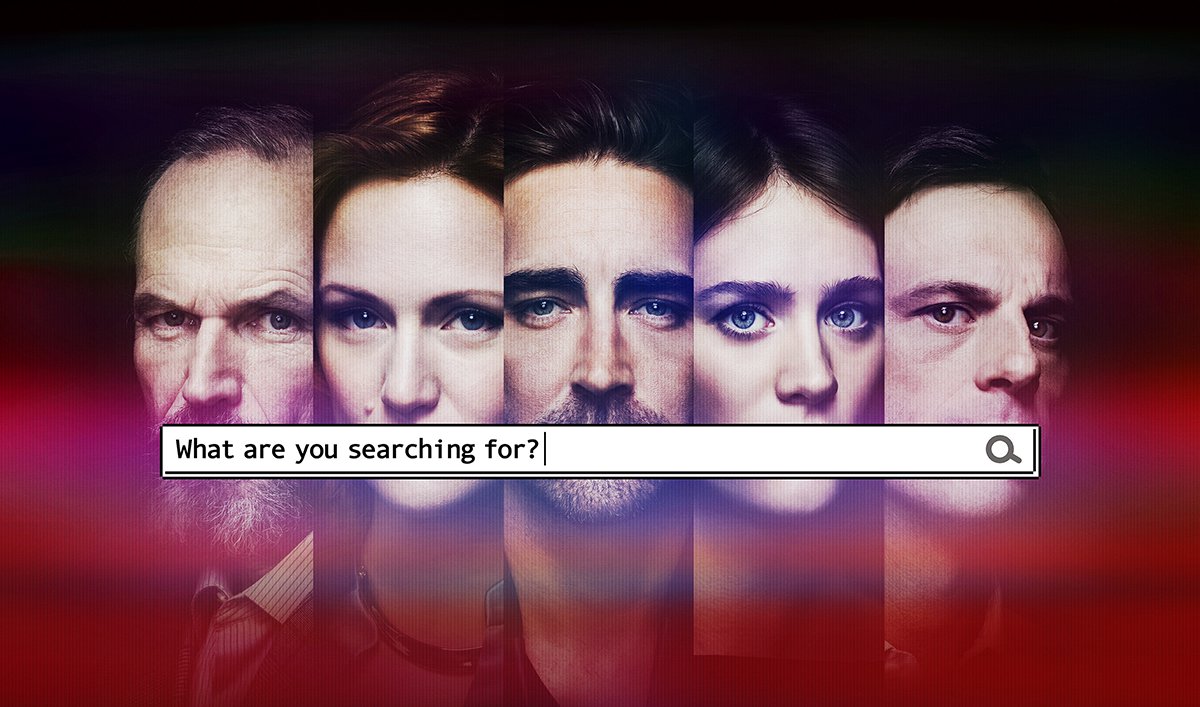 This was finally the year I admitted to myself that I preferred television/streaming dramas to feature films. The level of production quality has risen, at least in the small perspective I have had, to such a point that these novels of the small screen have succeeded big screen entertainment as the most vital and compulsive form of getting a story fix. We could repeat the old argument of film versus books and short stories, and I think the merits of both remain matching enough that the conclusions remain the same. I admit, meanwhile, almost no knowledge of the gaming world's large strides in the area of telling tales, and offer opportunity to those with that experience to shoot my viewpoint down. However, small-screen drama has done several things to transcend traditional short-comings of televisual story-telling.

The rare hallmark of exceptional TV drama in years past (the Six Feet Unders, the Crackers, the Wires, the Sopranos, the older world of miniseries like Roots and Edge of Darkness) was defined by not being full of what most were - mediocre dialogue, small budgets, bland shots, near-amateur acting. This is now an expected norm in many countries, especially in most of central and northern Europe, and the US and Canada. Given my UK-USA bias, I'll stick to works in those countries. And given the abundance of series out there, I'll stick to the few I've seen this year, with the strong proviso that I avoid shows like Westworld and Game of Thrones because they are on Sky TV here, and that is too much Murdoch for me to stomach.

In short, it's probably not a bold bet that most of you reading this were more moved by and emotionally invested in long-form in the last twelve months than by what you saw in the cinema or later. I'm not saying that feature films at their best aren't still to my eyes and ears the finest pinnacle of story-telling outside of a novel, I'm just saying that the little cousin has caught up, and in such volume as to overwhelm features. I frown to think back on the new films that blew me away this year - perhaps three or four - and realise that this is because I no longer make the time and money investment of cinema visits. Whilst parenthood has been partly the cause, it's more because I fail to believe much can trump  (I will still use that word in its rightful context despite the shudder) the incredible dramatic experiences this year in particular has brought me on the TV, and, yes, on my phone, often on public transport (as books once did, I'm often sitting amongst other viewers, with a smile or a tear on their face). Sure, I went to see The Last Jedi  this week like everyone else with the inclination and ability to do so, and it was wonderful. But it felt like, well, a box of popcorn in nutritional terms compared to the hearty vegetable stew of series below. So in no particular order, here is a very personal, haphazard list of series I have been amazed by. Whilst they don't all quite fit into the classic Nerds Of A Feather, Flock Together genre areas, all share a spirit and flavour with the incredible works highlighted on these pages (I have left out other standouts like Transparent, Peaky Blinders, Homeland, Ozark, Line of Duty, Catastrophe and many more, for those sort of don't).

(1) Halt and Catch Fire (AMC)
Originally feeling like a compelling yet shallow computer nerd version of Mad Men (all mysterious arrogant male protagonist dipped in retro nostalgia), this series became, long before this astonishing forth and final season, one of the most accomplished and daring dramas of this decade, and culminated in the best conclusion to a series I've seen since possibly Six Feet Under (a work to which this owes much debt). Nothing else this year matched the emotional impact of seeing these five colleagues and friends arrive at a finish line that for once was allowed to be set with purpose and patience by the creators. The setting and subject became less and less relevant (though no less enjoyable) as the masterplan of the writers emerged - that this, like all the greatest tales, was about emotional connections and the rewards that they bring, and the tolls they take. The last three episodes made my smile and cry more than any film, book or other show this year. Exemplary acting, music, sound, cinematography, dialogue to wallow in... superb.

(2) Mr Robot (USA Network)
The talk of the town online is that this third series had some acceleration issues, yet managed to bring the tale of Elliot and co back from the nervy and stalled second series' worrying lack of popularity. 'Worrying', because the idea of this being cancelled by a less assured network like USA was not unimaginable, as so few get to go out how they want to, like Halt was given reign to, and the thought of what I'd unreservedly call the most stylish and daring show in the English-speaking world at this moment being axed is almost unbearable. What Sam Esmail manages in the central section of this propulsive, confusing, depressing, amusing and compelling season is to bring back the sheer excitement the first season had in spades. Indeed, in the 'one-shot' middle episode and its kinetic immediate follow-up, he and the mind-boggling talented crew and cast delivered perhaps the finest cinematic moments of the year, outside or inside of a cinema. And as with my number 1 pick, this has had more influence on my music listening than any radio show or music blog . (3) Preacher (AMC)
Coming in a close second to Robot in the cinematic ambition stakes, this adaptation of the comics really hit its stride in a sophomore season that felt like a different and better beast to the opening one. At times it and its downbeat understated protagonist tried the patience, but like a drunken master, could suddenly wow with scenes and performances so audacious as to make me laugh out loud. Violent for the sake of it, yes, and perhaps a little to content with itself, Preacher nevertheless did more outrageous and rebellious things even in its cold opens than most features have the bold guts to do over two hours or so. And all whilst British people do bad American accents. Seriously, doesn't it annoy you all? It's like Bruce Willis playing a cop on Sherlock (and he knows a bad accent when he hears one - R.I.P. Alan Rickman, by the way).

(4) Godless (Netflix)
Staying with hats, guns and whiskey, and wonky accents by people from England, Godless was a late but welcome surprise. The Western hasn't exactly gone away, and a lot of what this new minseries did was cliche and in the shadow of Deadwood and Hatfield and McCoys et al. At times, indeed, when a hat was tipped against a sunset once too often, Godless wobbled on the edge of self-parody. Yet what brought me to it (the cast, the ambition of the shooting format, the promise of those big skies I grew up dreaming of) stood firm against these flaws, and began to take off into those big skies when the score swelled and the actors were given room to breathe (seriously, why are Brits still stealing all the roles? When the kid from Love Sodding Actually is superbly playing a deputy sheriff, you know your industry is in trouble). The long finale had major plot issues but beguiled bloodily with the sight of tens of determined women shooting up their own town in defiance of fate.

(5) Turn : Washington's Spies (AMC)
Set even further back in time, this series ended with its head held high and looking to the future (and gave me another tear in the eye), having been saved by the passion of its small following and the dedication of its makers to display as accurate a rendering of the Revolutionary War as John Adams but with a much smaller budget. As with Halt, it was a joy to see the central characters' stories play out to the end, and as with Godless the teetering on the edge of worthy cliches made the moments of clear human truths and excitement all the more rewarding. I admit this one stretches the genre remits of this site beyond standard limits, but given its huge liberties with the timeline of historical occurrences and real people's actual actions, it could be fairly labelled as Alternate History Fantasy, right, editors...? ;) 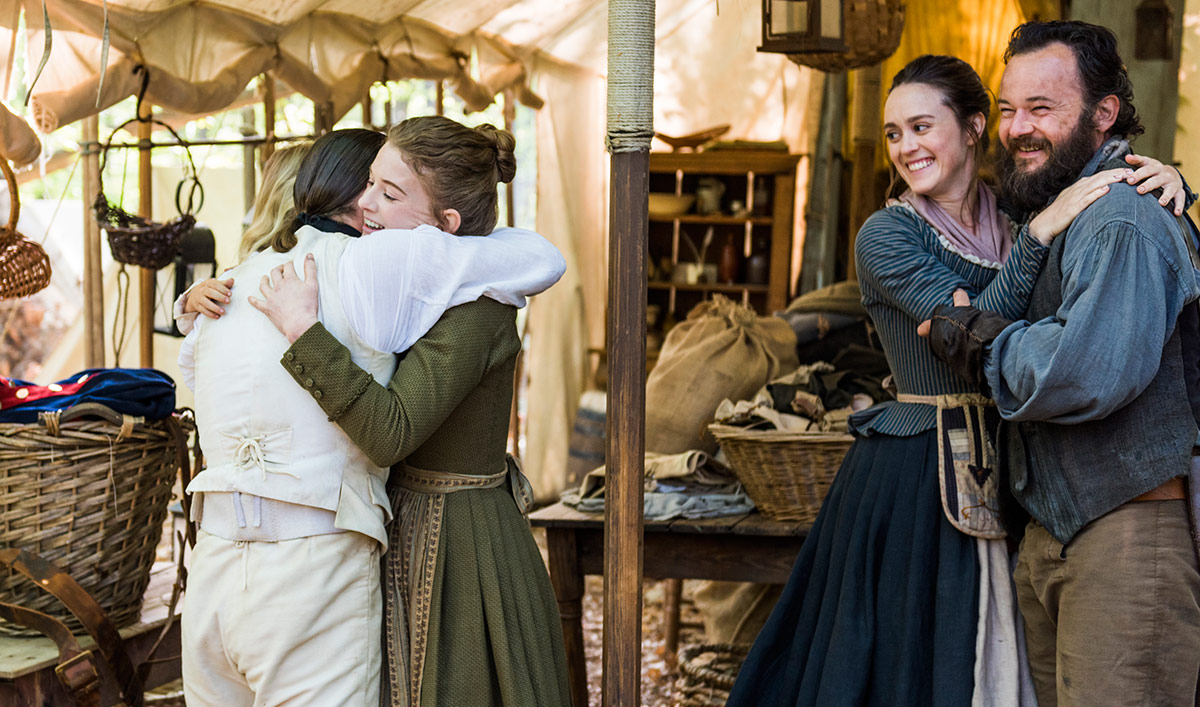 (6) The Handmaid's Tale (Hulu)
Perhaps the most widely celebrated of this list, the crisp visuals and unwaveringly-committed performances wove a hypnotic web across the eyes, managing the feat of letting Atwood's mad nightmare seem like something that could almost actually happen, very soon (I'm still not buying the bonnets or reliance on rape in an age of IVF, but still...). As with Robot, the unfortunate shadow of the current Republican administration was a benefit to the underlying messages of the story, and no other drama this year felt quite so urgently in need of being heard, whether for its defiant championing of diversity, sexual equality and political freedoms, or for its simpler and deeper call for individual spiritual freedom. Elisabeth Moss was just astonishing, and this is the first time I have tolerated watching something with Joseph Fiennes in.

(7)all the ones I haven't even seen yet!
American Gods, Legion, Twin Peaks, and Stranger Things - those all sprang to mind without even looking. Some of these have been covered already on this site recently, and I aim to catch up on Gods in the new year, when we will also have a new Dark Materials adaptation to (hopefully) savour. The embarrassment of riches out there is astounding. There really isn't enough time unless you are single, unemployed, a very light sleeper, rich, stoned or a combination of those. Whereas features are increasingly struggling in the face of relectant ticket buyers like me, increasing production costs, and an over reliance on franchise action that can play well across the world. But still the stories come... next year Netflix will release a film twice a week... whoever said all the stories have been told already had never seen so many told so well, and in such number, as this.