Why are you even reading this 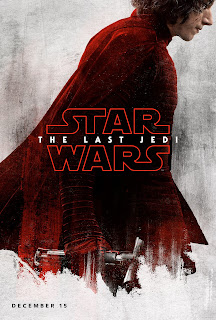 We here at Nerds of a Feather are apparently not cool enough to be invited to The Last Jedi premier, so you get this review now. I'll try to avoid spoilers here, in case you are yet to see it. Ready? Here it is:

I mean, seriously, has there been anything worse than all the reviews over the last week? What is the point of them? There are three categories of people in the world right now:


Nothing I can say here, or anyone else over the last week, would change anyone's mind or course of action one iota. I could tell you, right now, that Rian Johnson is a brilliant filmmaker and The Last Jedi will be held up forever as the apex of human achievement, and GUESS WHAT, you either already saw it or are going to. I could, conversely, tell you that The Last Jedi makes The Phantom Menace look like The Godfather and Leia is a hideous mashup of puppetry and CGI for the entire third act and will retroactively make you hate Star Wars, movies and your parents, and you're still gonna watch it.

I could say literally anything - glorbleflath sploothnoorp - and yeah, it's still Star Wars. And the things people are saying about it! "It wasn't what I expected:, "I didn't like it, but I can see how others might", "it was amazing!", "it doesn't live up the the hype" (<--- why is CNN even reviewing movies?). YOU'RE NOT EVEN TRYING. If you are going to review it, actually review it. Don't just throw some word salad out there because your editor told you "We need Last Jedi content!" Or, if you do, at least make it funny, like I'm trying to.

I mean, I get it, writing a review of a brand-new Star Wars movie is hard. If I was to score The Last Jedi right now, on our scale on 1-10, I would give it eleventy bajillion. But you can't trust me right after I walk out of the the theater. It's Star Wars. I can't be trusted with such things. When I saw The Phantom Menace, I though I was looking into heaven, seeing the face of God and all his angelic beauty.

Time has given some perspective to this. So, The Last Jedi is out. You already have tickets. You probably already saw it. So don't listen to me, because it doesn't matter what I say.

(it was really good)