Vance - For anyone and everyone 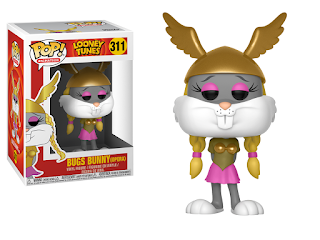 It probably seems weird to recommend something that has become so ubiquitous, but a new crop of Funko Pop! figures made me step back and really appreciate these things more than I had before. In the early 2000s, when I first became aware of designers producing toys specifically intended for adult collectors, things like McFarlane Toys' Edward Scissorhands and Ash Williams action figures and Simpsons Treehouse of Horror sets began decorating my bookshelves. But while each figure was cool enough, the assemblage quickly began to look ungainly. There was a lot of aesthetic disconnect, and the options for affordable collectibles of nerdy things I liked were pretty limited. Funko Pop! vinyl figures changed that, with a bewildering array of licensed properties and figures -- and at only $10. While I liked them (I mean, come on, they're stinkin' cute), it was sort of easy to make a punchline out of "Well, of course they have a Funko for that now." But here's the thing: I really like Warner Bros. Animation. And when Duck Dodgers, What's Opera Doc? Bugs and Elmer, Gossamer, the Animaniacs, Pinky & the Brain, and way more suddenly showed up over the last few months, I realized that there had been a Looney Tunes-shaped hole in my heart, that only adorably big-eyed collectibles could fill. And with even PBS (Bob Ross!) added to the lineup as well, I know that there's now a Funko Pop! for pretty much everybody on your list.

Mike - For the nostalgic collector 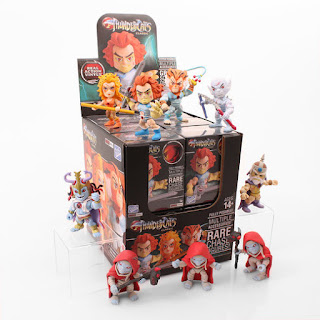 Action Vinyls by The Loyal Subjects

The Loyal Subjects has really been upping its game lately. Featuring a line-up that included Teenage Mutant Ninja Turtle, G.I. Joe, and Masters of the Universe, the crew at TLS has recently added Dragonball Z, Thundercats, My Little Pony, How to Train Your Dragon and more! These fun little blind boxes would make excellent stocking stuffers and each figure features articulation (so you can actually play with them!) a collector's card, and most include an accessory. I have quite a few myself and I love it when my kids take them down off the shelf and play with them. It allows me to share a part of my childhood with them.

Mike - For the comic book fan with good taste in comics 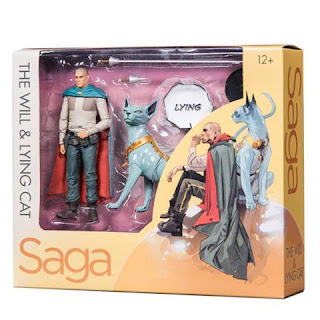 I would be lying (sorry) if I didn't say that I want all of the Saga toys.  I mean all of them.  Look at The Will and Lying Cat! Look at them! In addition to this amazing pair, the Skybound shop has other action figures, a Ghus plush, and Lying Cat statues in multiple colors! Won't someone please buy me a pink Lying Cat!  I think I've been pretty good this year.

Mike - For the Star Wars fan 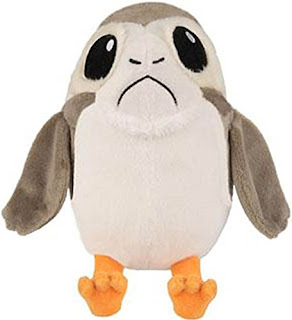 Anything Porg by Funko, Hasbro and others

If someone on your shopping list is a fan of Star Wars then you owe it to them to give them all of the Porgs.  There are amazing Porg stuffed animals, a Porg Pez dispenser, Porg bobbleheads, talking Porgs, Porg pillows, Porgs that you stick on your car window with suction cups, and more! Porgs are the best and everyone on your list will see their quality of life improve with one (or more!) of these cute little birds in their lives.