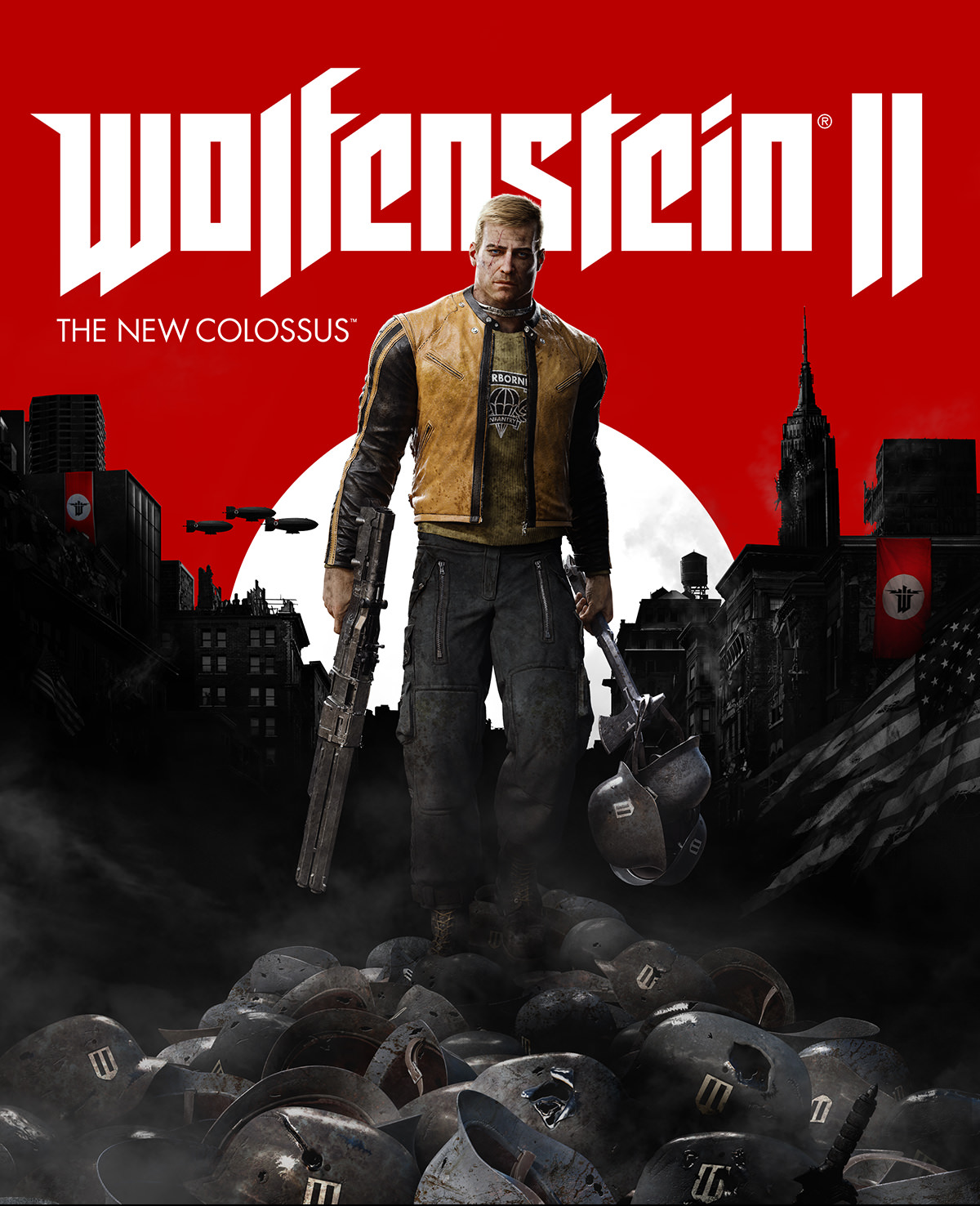 The New Colossus picks up immediately after the events of The New Order. You’ve dealt the Nazis a defeat, but not a killing blow, and they’re still in charge. But instead of liberating Europe, you’re moving on to free America. America surrendered after the Nazis dropped an atomic bomb on New York City, so you and your team of misfits are going to start a new American revolution.

I think maybe I have rose-tinted glasses when thinking back to The New Order, because I recall handily beating that game on “I am Death Incarnate” difficulty (the highest you can start with) and loving it. I started The New Colossus the same way and immediately died over and over until I realized that this isn’t fun and dialed the difficulty down to their version of “medium”. Even with the difficulty turned down, the game is still very challenging because you die very quickly if you don’t have armor. Even when you do have armor, there isn’t much indicating you’re being shot or where you’re being shot from until that armor has evaporated, and then you’re essentially done for.

However, the shooting and action does feel great. Enemies visibly react to being shot, weapons all have an appropriate punch to them, and heavy weapons can make you feel invincible. When you’re not sneaking around (which is still an option), you can run, dodge, shoot from cover, and melee, all of the options you want from an solid action game.

Thematically, The New Colossus is about revolution, and not the dour, grim game that The New Order frequently was. It rapidly switches from Nazi oppression and fascism on display to humor and humanity. It’s more rollercoaster than whiplash though, handled in a manner that few games can pull off. It’s a game that will shock you sometimes, but the shocks aren’t meaningless. They serve a purpose.

I’ve heard plenty of other people say that anyone wanting to play Wolfenstein 2: The New Colossus should turn the difficulty down to easy and run through it, which I don’t particularly agree with. The action is fun and worth engaging with, even though it does suffer from lack of feedback. And running through the levels to get to the next cutscene neglects the wealth of background information in the well-done collectibles as well as the beautifully designed levels themselves. Maybe take one approach or the other, but play it. It doesn’t quite live up to The New Order, but it’s still an excellent addition to the series.


Bonuses: +1 If you thought The New Order did some wild stuff, you're in for more surprises.


Penalties: -1 Difficulty spikes and lack of feedback when you're being shot.


Nerd Coefficient: 8/10 (well worth your time and attention)