Joe: For the epic fantasy reader in your life

Okay, so this one is a little bit of a cheat because I'm listing three books instead of just one in this slot, but listen. I've been raving about Jemisin's Broken Earth trilogy since The Fifth Season (my review) was published and each volume has not just been among the best of science fiction and fantasy published that year, it has been THE best speculative fiction published that year. Spoilers for my Best of 2017 list coming next month, but The Stone Sky (my review) is going to top that list, too.

The Stone Sky caps off a stunning epic fantasy trilogy, one which began with the threaded narrative of three orogenes and concludes with the story of a woman and daughter finally coming back together. The Broken Earth is a monumental achievement in fantasy fiction. The Stone Sky is the culmination of the best fantasy trilogy written today and that might be an understatement.

Brian: For the sci-fi horror fan in your life

2017 saw the conclusion of Neal Asher's Transformation trilogy, the latest in his line of Polity books. Following a war between AI-empowered humans and the violent crab-like Prador, members of each species find themselves as pawns in a rogue AI's strange mission of atonement. It's a romp through an established galaxy of post-humans, aliens, and technology that approaches magic, with a dash of some David Cronenberg-esque body horror.

Tia: For the Harry Potter fan in your life. 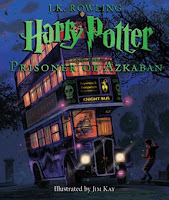 Harry Potter and the Prisoner of Azkaban Illustrated Edition, by J.K. Rowling

Each year Bloomsbury and Scholastic release a stunning, fully illustrated (by Jim Kay) edition of the Harry Potter series. These books make the perfect gift for the current (or aspiring) Harry Potter fan on your list, and because it’s only the third year and they are reasonably priced for what you get (about 30 USD or less) it’s not too late to start a great gift giving tradition. I’ve recommended these books for the last three years and they never fail to dissapoint.


Zhaoyun: For the reader living in a dystopian reality in your life

The Handmaid's Tale, by Margaret Atwood

The Handmaid's Tale--because it's sounding more and more horrifyingly prescient with every day that goes by! Plus, all that doom and gloom makes for a very entertaining story (and you can even get the recipient either the feature film and/or the new(ish) TV series, as well!).


Vance: For the Twin Peaks fan in your life 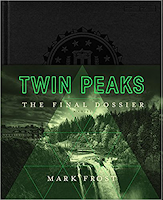 I'm sure there's an appropriate, Black Lodgian analogy for what Mark Frost is to David Lynch in the story of unfolding the Twin Peaks saga, but I'll just be literal: David Lynch is widely hailed as *the* creative force behind Twin Peaks, while series co-creator and co-writer Mark Frost's influence is largely unsung. It's weird. Maybe Frost doesn't like giving interviews as much, but who knows? Throughout his filmography, Lynch has been famously ambivalent about whether or not audiences "get it" in a conscious, academic sense, and more concerned if people are moved by his work on an emotional level. I went on the ride for Twin Peaks: The Return, and I thought it was great. That said, yes, it totally would've been nice to have actually known what was up with Audrey Horne. Or what happened to Becky. Or...well, lots of stuff. I mean, there are loose ends. Lots. Admittedly. Twin Peaks: The Final Dossier doesn't promise to tie them all up, but it does promise to answer questions! Some questions, definitely get answered. And that's good enough for me. This feels like a must for the Twin Peaks fan in your life.

Mike: For the horror fan in your life:

Strange Weather, by Joe Hill
Featuring four short novels, Joe Hill delivers some truly shocking stories that will be sure to delight the horror/supernatural fan in your life. My personal favorite was Snapshot, which made me nostalgic for Locke and Key due to the Polaroid-esque camera forged from whispering iron. Each story is unique, with Loaded hitting a little too close to home and by far the most disturbing of the group.