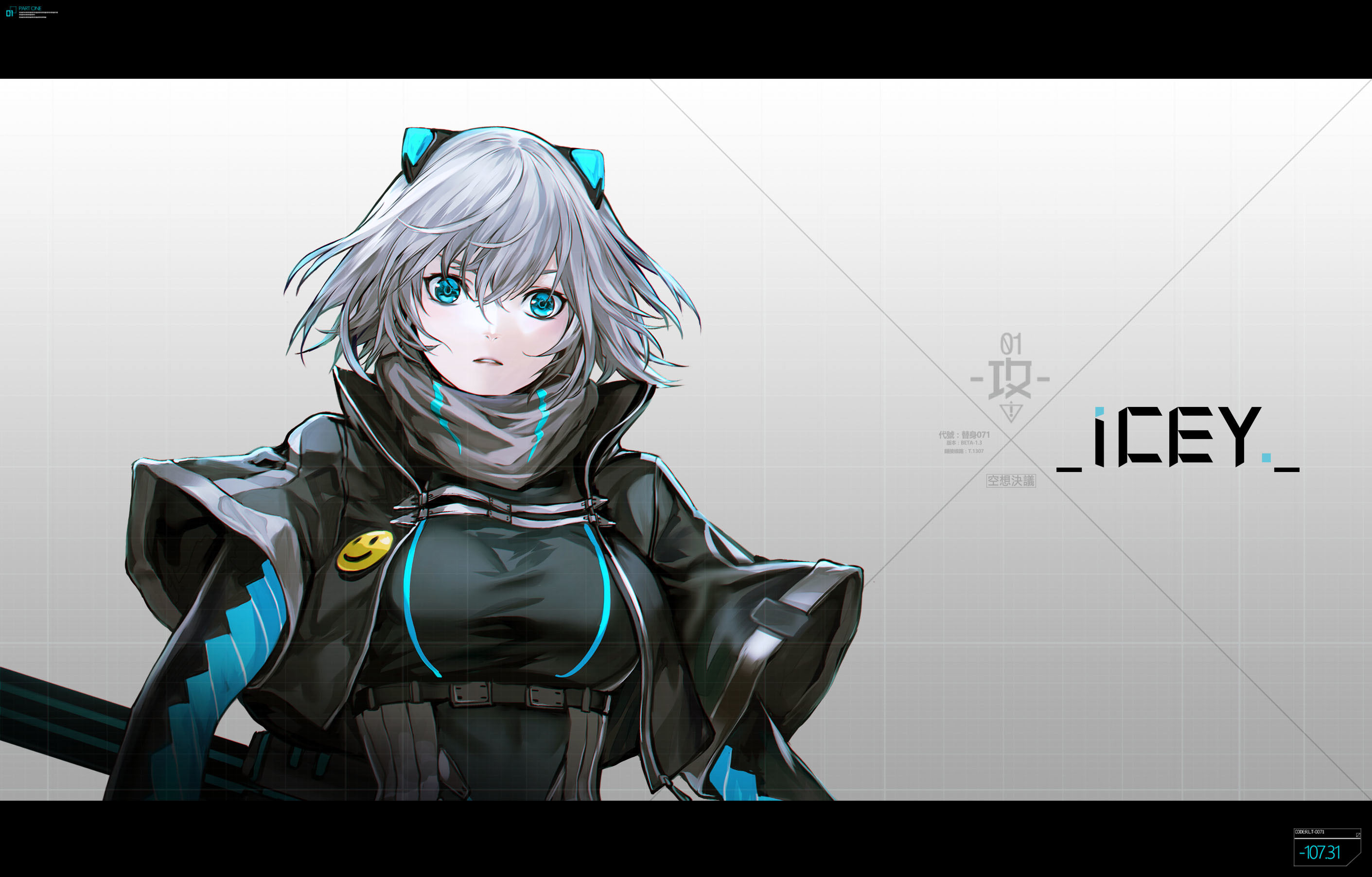 ICEY calls itself a meta game in disguise but that disguise is real thin. When the game exits the prologue, there is a narrator constantly commentating on your actions. The narrator is the meta game part of this otherwise familiar 2D action game, and one of its biggest detractors.

You play as ICEY, a clone in a tank, or maybe a cyborg, and you have to find and kill Judas. He's the bringer of the apocalypse, that wicked devil. At the start, that's it. The narrator and environment reveals more of the story, sort of.

The gameplay is simple sidescrolling action. Move to the right, mash the light or heavy attack until the enemies die, then use money to upgrade your combos or life meter. It's competent and mostly fun without getting too repetitive, but the game is rather short.

What makes ICEY unique is the Stanley Parable-esque narrator. He tells you where to go or not to go, what to do, sometimes even why you're doing it. The narrator frequently breaks the fourth wall and addresses the player directly. He talks a lot, and the game touches on a broad range of stuff from player choice to the elder gods.

Unfortunately, it doesn't make a whole lot of sense. It feels like there's something to it, some message, but it's all given to you in bits and pieces. None of it really adds up. Also, the voice acting on the narrator is bad. It's lifeless, and stiff. Worse, the narrator is ever present. The bad narration follows you everywhere. If you can't get over it, you're never going to enjoy the game.

Some of the ideas may have been lost in translation. The developers are Chinese, so it may make more sense if it were played in Chinese. But there's not a lot of excuses for the narrator. He's a central figure in the game and one of the least enjoyable parts. Despite these problems, I enjoyed ICEY. It's got enough weird in it that I wanted to press on to see what else it'd do, and the action is fun. But it's hard to deny that the time wouldn't be better spent on The Stanley Parable and Dust: An Elysian Tail, both of which do well the narration and action parts (respectively) of what ICEY tries to accomplish.

Bonuses: +1 a pile of interesting ideas...