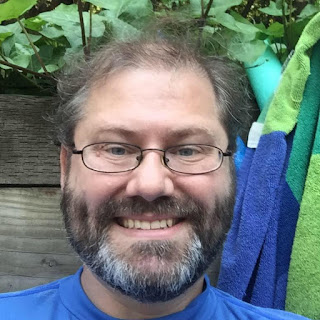 Tim Pratt is the author of over 20 novels, most recently space opera The Wrong Stars, first in the Axiom series. His short stories have appeared in The Best American Short Stories, The Year's Best Fantasy, The Mammoth Book of Best New Horror, and other nice places. He's a Hugo Award winner for short fiction, and has been a finalist for World Fantasy, Sturgeon, Stoker, Mythopoeic, and Nebula Awards, among others. He's a senior editor at Locus magazine, and lives in Berkeley CA with his family. Every month he writes a new story for his Patreon supporters at www.patreon.com/timpratt

I'm halfway through Strange Weather, Joe Hill's new collection of novellas. I've been a fan of Joe's work since his collection 20th Century Ghosts came out in 2005 from a small British press (I was one of the first people in the US to review it), and it's been great to see him go from one success to another in the years since. His novels are great too, but I think he's underappreciated as a short fiction writer, and I'm glad he's got a new showcase for that kind of work.

Oh, loads. Looking forward to the new James S.A. Corey novel Persepolis Rising, because I love The Expanse series. There's a new Jack Reacher novel by Lee Child coming, and that's one of my favorite read-in-one-sitting thriller series. Kim Newman has a new Anno Dracula book on the horizon too. In non-series books I'm super excited for Molly Tanzer's Creatures of Will and Temper, which I understand is basically a twist on The Picture of Dorian Gray with lesbians and swordfighting.


4. How about a book you've changed your mind about over time--either positively or negatively?

There are lots of books I read and loved as a kid that might not hold up to re-reading, but I try to avoid putting that to the test, and just cherish the memories instead.

Are All the Giants Dead? by Mary Norton, a classic of children's literature about a boy from our world who travels to the realm of fairy tales, except it's a lot weirder than that sounds. I used to copy the exquisite Brian Froud illustrations when I was learning to draw, and I still often think of scenes and moments from the book. I'm looking forward to nudging my own son toward reading it.

My new book The Wrong Stars is out November 7 from Angry Robot! It's space opera adventure with weird aliens and bizarre technology and harrowing threats and banter and kissing, first in the Axiom series (but it tells a standalone story). I've been publishing fantasy novels for a dozen years, but this is my first foray into spaceships-and-planets science fiction, and I'm super excited to be launching off in a new direction.