The Top Nine Books Published in 2016

Some people do a top ten list, others do a top eleven (insert your Spinal Tap joke here), yet others may only do five. My list is 9 books long. Why? Partly to be a little bit different and partly because I want the tenth spot on my list to be reserved for that really great book which I simply did not get the chance to read during 2016. That really great book may also be something I have only heard whispers about and I may not discover for several more years. Whatever that tenth great book is, I’m holding a spot for it on my list.

Also, there is no doubt that this list, like every other list out there is built entirely on the combination of the books I've actually read with my own prejudices, taste, preferences, and the choices I made when selecting books to read across the breadth of 2016. That's really what we're saying when we say we've put together a list of the "Best Books of the Year". It's the best we've read, the best we can remember, the best based on what we appreciate in speculative fiction. One of the other best books I've read this year is Brit Bennett's debut novel The Mothers, but this is a speculative fiction blog focusing on more nerdy endeavors, so for the sake of theme I'll limit this list to science fiction, fantasy, and everything in between and around the edges.

This Top Nine List is more or less in order.  The top two are fairly set, but ask me tomorrow and some titles may shift around a bit.  Whichever order the list is in, these are the nine novels published in 2016 which I feel were the strongest titles of the year. 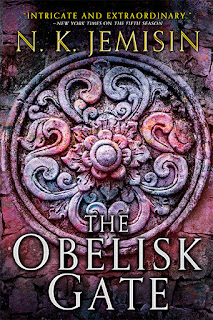 1. The Obelisk Gate, by N.K. Jemisin (Orbit): My review stated "Epic Fantasy does not get better than this", which I will admit is a bold claim given how much greatness and excellence there is in the subgenre, but I stand by it. The only reason I didn't have The Fifth Season atop my 2015 list is simply because I didn't finish reading it until January 2016. The Fifth Season more than deserved the Hugo Award for Best Novel and The Obelisk Gate more than lived up the expectation of excellence Jemisin set with The Fifth Season. If I had my way, The Obelisk Gate would win all the awards and everyone would recognize just how good they are. (my review) 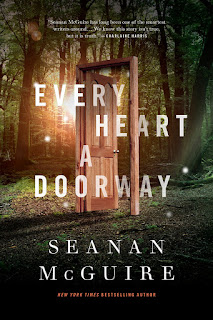 2. Every Heart a Doorway, by Seanan McGuire (Tor.com Publishing): Oh, how I love Every Heart a Doorway. And, as much as I love this novella now, I can only imagine that had I read it fifteen or twenty years ago, I would have loved it beyond recognition and obsessively read and re-read the story until it fell apart. Today, it is "only" one of the best stories published in 2016. (my review) 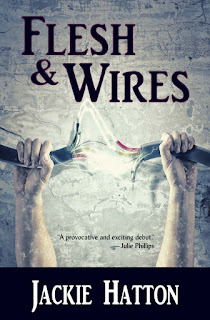 3.  Flesh and Wires, by Jackie Hatton (Aqueduct): Flesh and Wires was a revelation, and a welcome one. Post apocalyptic fiction is one of my favorite things in speculative fiction, and this down to the earth story of one community attempting to survive through the strong willed tactics of one woman is fantastic. Hatton gives us the aftermath of an alien invasion because the apocalypse wasn't the point. I never wanted to put this book down and my only disappointment was that the story had to end. I wanted more. I still do. (my nanoreview) 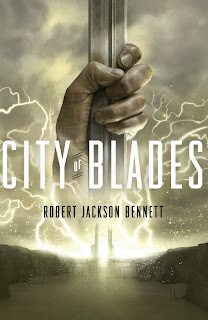 4. City of Blades, by Robert Jackson Bennett (Broadway Books): We have to be in some sort of golden age of epic fantasy, there are so many brilliant writers putting out some of their best work right now. See, obviously, my number one pick for this list, N.K. Jemisin's The Obelisk Gate. See also Robert Jackson Bennett's City of Blades, the follow up to 2014's City of Stairs. In a bold move for an of sorts sequel, Bennett moves the action forward years in the future, changes the protagonist to a minor (if awesome) character in Turyin Mulaghesh, and moves the story to a different continent. For all of that, we're engaged from the start. Mulaghesh's personality is such that she is a veritable force of nature and Robert Jackson Bennett's storytelling is tightly on point with City of Blades. Each of the two novels thus far have been fairly self contained, but still building a fabulous and fantastic world. You're missing out if you're missing this. 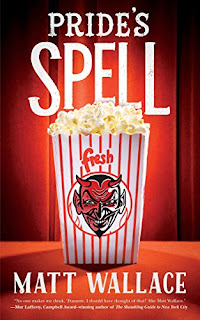 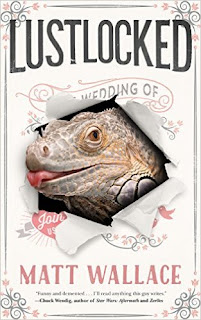 5. Lustlocked / Pride's Spell, by Matt Wallace (Tor.com Publishing): I'll admit that I'm cheating a bit by including two of Matt Wallace's novellas here, but they're both friggin fantastic. Invidivually, either one of these deserve a spot on the list. Collectively, and including 2015's Envy of Angels, Matt Wallace's Sin du Jour series is one of my favorite things about speculative fiction today. I really can't talk up these delightfully wild novellas enough. (Here are my nanoreviews of Lustlocked and Pride's Spell) 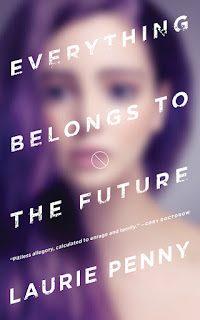 6. Everything Belongs to the Future, by Laurie Penny (Tor.com Publishing): Laurie Penny's novella looks at a future where the secret to extending life has been unlocked, but it comes at a price - a very high price that only the rich can afford and everyone else is left farther and farther behind. But there are protests and opposition and betrayal and conspiracy.  We know early on that something significant occurred because the interstitials are letters from prison, but having an idea about the end does nothing to minimize the tension and intensity of the novella. Everything Belongs to the Future is stunning and simply excellent. I cannot recommend it highly enough. 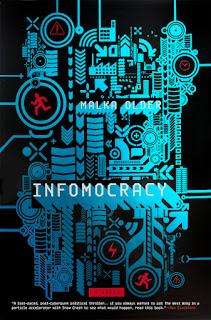 7. Infomocracy, by Malka Older (Tor.com Publishing): Infomocracy is a frighteningly prescient novel, for all that I agree with Charles Payseur that this is ultimately a utopian vision where elections and voting matter even more as nation states are dissolving into population centers of 100,000 people called Centenals - where each Centenal has a strong voice in how they are specifically governed and globally the Centenals decide which system of government should have the authority to run things on the macro level. Infomocracy is a wonky novel, filled with micro level election wheeling and dealing and how all of this ties to the macro level. Charles writes "an election cycle full of corruption, fear-mongering, violence and misinformation. Wait, this isn't nonfiction?" and all of that is true of both the novel and today's political climate, but he also writes about the novel "And really, this is a novel that sells the power and the hope of voting. In today's political landscape, it stands as a voice of hope among so many people feeling discouraged."  Ultimate, that is the remarkable thing about Infomocracy, it speaks to so many different aspects of electioneering and the political process and it does so while telling such a compelling and well crafted story. This is what science fiction is all about, Charlie Brown. (Charles' review) 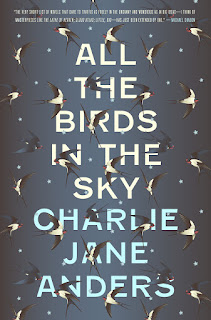 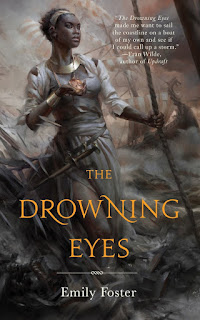 9. The Drowning Eyes, by Emily Foster (Tor.com Publishing): One of my great literary disappointments of 2016 is that I never see anyone mention The Drowning Eyes when discussion the best novellas of the year. As I mentioned in my review: "The Drowning Eyes is a journey, it is life at sea, avoiding piracy, avoiding the Dragon Ships that have been raiding the coastline. It is survival, and it is about a glimmer of hope. It is also a glimmer of friendship crushed by heartbreak and loss. Oh, and there is amazing weather magic." Don't miss this. (my review)


It turns out that this list is remarkably Tor heavy, so much more so than other years. One of the reasons for this is that I've read pretty much the entire run of the Tor.com Publishing's novella line and there are some stunningly excellent stories coming out from there. Also, as I mentioned in the introduction, for as many books as I read in a year, there is always something amazing that I missed and that I just didn't have time to get to. Or, as plugged in as I try to be, that I just haven't heard of (or heard enough about). That's the reason for the tenth spot on the list. Also, it is worth noting that three books which just missed the list but were in serious consideration were Roses and Rot (Kat Howard), Babylon's Ashes (James S.A. Corey), and Borderline (Mishell Baker). I'm not quite willing to describe this as a Top 12, but you should maybe go read those books, too.

POSTED BY: Joe Sherry - Writer / Editor at Adventures in Reading since 2004. Nerds of a Feather contributor since 2015, editor since 2016. Minnesotan.