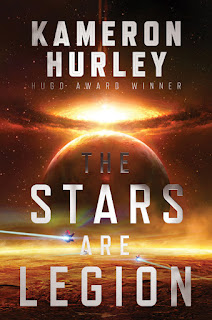 The Stars are Legion is a standalone space opera for fans of Ann Leckie and China Mieville; set within a system of decaying world-ships travelling through deep space, it follows the feud between the matriarchal families of two of the world-ships, whose feud will grow into a war to wrest control of the fading hopes of the legion of worlds.


Why We Want It: Anything from Hurley is an insta-buy for me, and when I read the first chapter on Tor.com, I was hooked.I have been looking forward to this book since they first announced it. Saga Press is on fire with their line-ups. 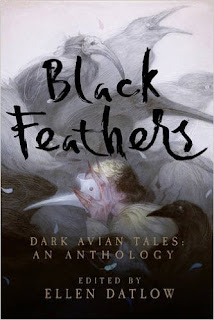 Birds are usually loved for their beauty and their song. They symbolize freedom, eternal life, the soul.

There’s definitely a dark side to the avian. Birds of prey sometimes kill other birds (the shrike), destroy other birds’ eggs (blue jays), and even have been known to kill small animals (the kea sometimes eats live lambs). And who isn’t disgusted by birds that eat the dead—vultures awaiting their next meal as the life blood flows from the dying. One of our greatest fears is of being eaten by vultures before we’re quite dead.

Is it any wonder that with so many interpretations of the avian, that the contributors herein are eager to be transformed or influenced by them? Included in Black Feathers are those obsessed by birds of one type or another. Do they want to become birds or just take on some of the “power” of birds? The presence or absence of birds portends the future. A grieving widow takes comfort in her majestic winged neighbors, who enable her to cope with a predatory relative. An isolated society of women relies on a bird to tell their fortunes. A silent young girl and her pet bird might be the only hope a detective has of tracking down a serial killer in a tourist town. A chatty parrot makes illegal deals with the dying. A troubled man lives in isolation with only one friend for company—a jackdaw.

In each of these fictions, you will encounter the dark resonance between the human and avian. You see in yourself the savagery of a predator, the shrewd stalking of a hunter, and you are lured by birds that speak human language, that make beautiful music, that cypher numbers, and seem to have a moral center. You wade into this feathered nightmare, and brave the horror of death, trading your safety and sanity for that which we all seek—the promise of flight.

Why We Want It: I adore short fiction. I love the glimpses into other worlds and I welcome the opportunities to find new authors to enjoy. The best anthologies, in my opinion, offers gems from authors we already know and love but also introduces us to new voices. Any anthology from Ellen Datlow will do that and more. When I stumbled across this anthology I was intrigued by the unusual premise for this collection and being drawn to the unusual, I knew it would be on my list. 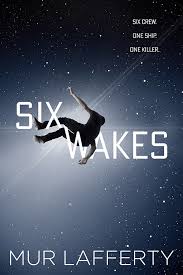 On a generation ship millions of miles from Earth, a whole crew is murdered.  When their clones wake up — they know that one of them is the killer.


Why We Want It: I heard Mur's elevator pitch for this book during an episode of Ditch Diggers (one of my favorite podcasts) and knew I had to read it. I grew up watching Columbo, Murder She Wrote, Law & Order, etc. and this book was all those shows plus a genre twist! Hello, a book seemingly written just for little ole me. 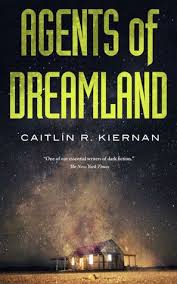 A government special agent known only as the Signalman gets off a train on a stunningly hot morning in Winslow, Arizona. Later that day he meets a woman in a diner to exchange information about an event that happened a week earlier for which neither has an explanation, but which haunts the Signalman.

In a ranch house near the shore of the Salton Sea a cult leader gathers up the weak and susceptible--the Children of the Next Level--and offers them something to believe in and a chance for transcendence. The future is coming and they will help usher it in.

A day after the events at the ranch house which disturbed the Signalman so deeply that he and his government sought out help from 'other' sources, Johns Hopkins Applied Physics Laboratory abruptly loses contact with NASA's interplanetary probe New Horizons. Something out beyond the orbit of Pluto has made contact.

And a woman floating outside of time looks to the future and the past for answers to what can save humanity.

Why We Want It: I am a sucker for anything with even a hint of Weird Western and this novella looks to be unlike anything I've read before. I am dying to find out how Kiernan packed so much into such a brief space, but she is masterful at her craft. 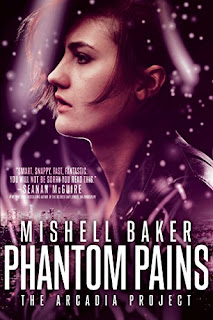 In the second book to the “exciting, inventive, and brilliantly plotted” (Seanan McGuire, New York Times bestselling author) Borderline, Millie unwillingly returns to the Arcadia Project when an impossible and deadly situation pulls her back in.

Four months ago, Millie left the Arcadia Project after losing her partner Teo to the lethal magic of an Unseelie fey countess. Now, in a final visit to the scene of the crime, Millie and her former boss Caryl encounter Teo’s tormented ghost. But there’s one problem: according to Caryl, ghosts don’t exist.

Millie has a new life, a stressful job, and no time to get pulled back into the Project, but she agrees to tell her side of the ghost story to the agents from the Project’s National Headquarters. During her visit though, tragedy strikes when one of the agents is gruesomely murdered in a way only Caryl could have achieved. Millie knows Caryl is innocent, but the only way to save her from the Project’s severe, off-the-books justice is to find the mysterious culprits that can only be seen when they want to be seen. Millie must solve the mystery not only to save Caryl, but also to foil an insidious, arcane terrorist plot that would leave two worlds in ruins.

Why We Want It: I read the first installment in this new Urban Fantasy series from Baker and L.O.V.E.D. it. Borderline remains one of my favorite books and I've been waiting over a year for this next installment. 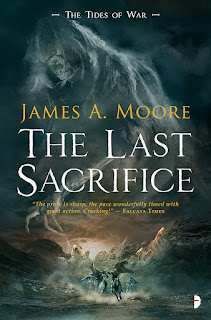 Since time began the Grakhul, immortal servants of the gods who choose who lives and who dies when it comes time to make sacrifices to their deities, have been seeking to keep the world in balance and the gods appeased. When they take the family of Brogan McTyre to offer as sacrifice, everything changes.

Brogan heads off on a quest to save his family from the Grakhul. The decision this time is costlier than they expected, leading to Brogan and his kin being hunted as criminals and the gods seeking to punish those who’ve defied them.


Why We Want It: I was first drawn in by the stunning cover. The description sealed the deal as it looks to be an epic adventure on quite the grand scale.