A remarkably moving, indeed captivating retelling of the Persephone myth—set near Seattle.  Or, “move over, Stephenie Meyer: there’s a new paranormal group in town!” 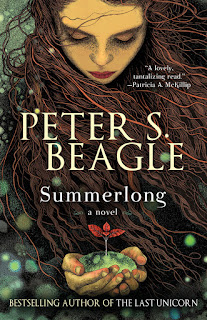 Buy it here starting next month.

By almost any measure, this book sounds boring. It stars Abe, a scholar retiree—the sort of person for whom ‘puttering’ is the verb of choice, in other words—and his longtime girlfriend, flight attendant Joanna “Del” Delvecchio (along with her desperate-to-love-somebody daughter Lily), and is set near Seattle in the present day. For the first 20% or so, there’s basically nothing out of the ordinary at all; it’s just two older people quietly ‘puttering’ their way through life. If you are thinking “ugh, reading about a 66-year old man and his attempts at banter? Pass”, then join the club, because so different, so unlikely were Abe and Del as heroes that I almost put the book down after the first few dozen pages; it just seemed like the story, while certainly well written and effective at building empathy in the reader for Abe and Del’s various incredibly minor predicaments, didn’t seem to be ‘going anywhere.’
Boy, am I glad I kept reading! Lioness (I feel no compunction in revealing that she is in fact Persephone, as this is patently obvious almost immediately after her first appearance) bursts onto the scene, and their ordinary lives, like the rising sun burning through a cloudy Seattle morning. Everyone loves her—how could one fail to love the personification of spring? As it turns out, even Hades loves her, and he soon comes calling, a bit like the husband from Sleeping with the Enemy (but way less awful, luckily!). 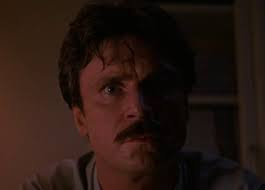 They should dig this guy up to play Hades if this book ever hits the silver screen!

Still, a story that is technically quite skillfully written doesn’t necessarily have much emotional valence, and just setting the Hades-Persephone myth in modern Seattle probably wouldn't by itself contribute much to the tale’s emotional impact…so now, after finishing the book, I’m still at a loss to explain why the story affected me so powerfully.

No fewer than five times, I found myself actually weeping (not sniffling or a little misty-eyed, mind you), and reached for the Kleenex. To clarify (without spoiling the story), nothing earth-shattering or particularly melodramatic happens; the Olympian additions to the cast notwithstanding, the main drama remains squarely focused on the relationship between Abe and Del, and Del and Lily too, and the effect the gods’ presence has on each. What in this sounds likely to require Kleenex? I just can’t explain it any other way than to say that Beagle lived up to his reputation as one of the doyens of fantasy literature, endowing this quiet, even uneventful tale with such lyrical beauty that I have tears in my eyes just recalling it now, as I write this.

Beagle’s prose is undeniably brilliant, but in an unassuming, unpretentious way. His dialogue is good, but almost archaic (or simply outdated) at times, perhaps as a result of hanging the story around two such unusually aged protagonists. So it’s not as though I was blinking back tears at the poignancy of any specific description or line of dialogue. I am left grasping at straws, and must resort to saying, simply, Beagle’s “storytelling ability” allowed him to convert what to rights should be a boring tale into an emotionally riveting one. In any case, bravo, Mr. Beagle: you’ve won over a new fan!

Penalties: -1 for altogether too much ‘puttering’ around in the first few dozen pages, before Lioness makes her transformative appearance

Nerd coefficient: 8/10 “Well worth your time and attention”

[At NOAF, an 8/10 is something to be very proud of; see details of our scoring system here.]

Reviewed by Zhaoyun, regular contributor at Nerds of a Feather since 2013 and connoisseur of magic realism, indeed any fantasy or science fiction tale that can move readers to tears.
Posted by Zhaoyun at 12:00:00 AM