The flock is growing! In a moment of introspection, we noticed a Shana sized hole in our collective hearts and knew immediately that we could not go on without trying to fill it. Happily for the flock, Shana DuBois agreed to come on board and fill that hole.

Many of you know Shana from her contributions to the lamentably defunct SF Signal, her own blog BooksAbound, twitter (@booksabound), and Luna Station Quarterly. She is also relaunching the SF Signal Mind Meld at the Barnes and Noble Science Fiction & Fantasy Blog. What we're saying is that she's awesome and that we're really glad to have her here.

So, please give Shana a hearty welcome.

And - as per tradition, here is Shana's Contributor Profile.
-Joe 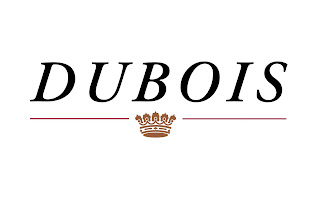 SECRET UNDISCLOSED LOCATION: Tennessee (apt to change at any given moment)

MY PET PEEVES IN NERD-DOM ARE: People looking down on other fandoms and the lack of diverse offerings in all genre mediums.

VAMPIRES, WEREWOLVES, ZOMBIES, ALIENS OR ROBOTS: Werewolves. Or maybe Vampires? Possibly Robots. Werewolves are definitely on the list. And Robots.

...AND A COUPLE BOOKS I RECENTLY FINISHED ARE: A Head Full of Ghosts (Tremblay), The Geek Feminist Revolution (Hurley), Heart of Veridon (Akers), The Vegetarian (Kang), Silver on the Road (Gilman).

NEXT TWO ON QUEUE ARE: Beyond Redemption (Fletcher) and The Telling (Sirowy)

MY FAVORITE SUPERHERO AND SUPER-VILLAIN ARE: Storm has always been my favorite superhero. My favorite super-villain would be tied between Loki and the Joker.

IF I WERE A SUPERHERO/VILLAIN, MY POWER WOULD BE: The same shifting powers as Mystique.

THE BEST COMIC FILM OF THE PAST 5 YEARS IS: Guardians of the Galaxy and Green Lantern. Two very different movies and I enjoyed both.

THE WORST COMIC FILM OF THE PAST 5 YEARS IS: Man of Steel.

I JUST WATCHED [FILM X] AND IT WAS AWESOME: Star Trek Beyond

I JUST WATCHED [FILM Y] AND IT WAS TERRIBLE: This is harder for me to pin down because if a movie looks like it will be crap I don't waste time watching it. Batman v Superman falls into this category.

EVERYONE SHOULD SEE [FILM Z] BEFORE IT'S TOO LATE: Raise the Red Lantern. I first saw this film nearly twenty years ago and it remains one of the most powerful films I've seen. It can be hard to track down but worth it.

BEST SCIENCE/SPECULATIVE FICTION SHOW OF THE PAST 10 YEARS: Because of the recent airing of Season 10 for X-Files I am going to make the executive decision to allow its inclusion for the 10 year limitation.

THE OFFICE--BRITISH OR AMERICAN VERSION: British.

GAME OF THRONES--LIKE OR DISLIKE DEVIATIONS FROM THE BOOKS: While I own the seasons, I have yet to watch them all so I can't yet comment on deviations.
Posted by Joe at 12:00:00 PM