The mystery to why J.J. Abrams gave C-3PO a red arm has been revealed.  It always felt like a gimmick to sell toys (I somehow resisted picking any C-3PO merchandise up and focused on Rey, BB-8, and Finn), but it ended up being one of the most guarded secrets in the film.  Thanks to what I think is a one-shot story, we now have the true origin of the red arm and it is quite underwhelming. 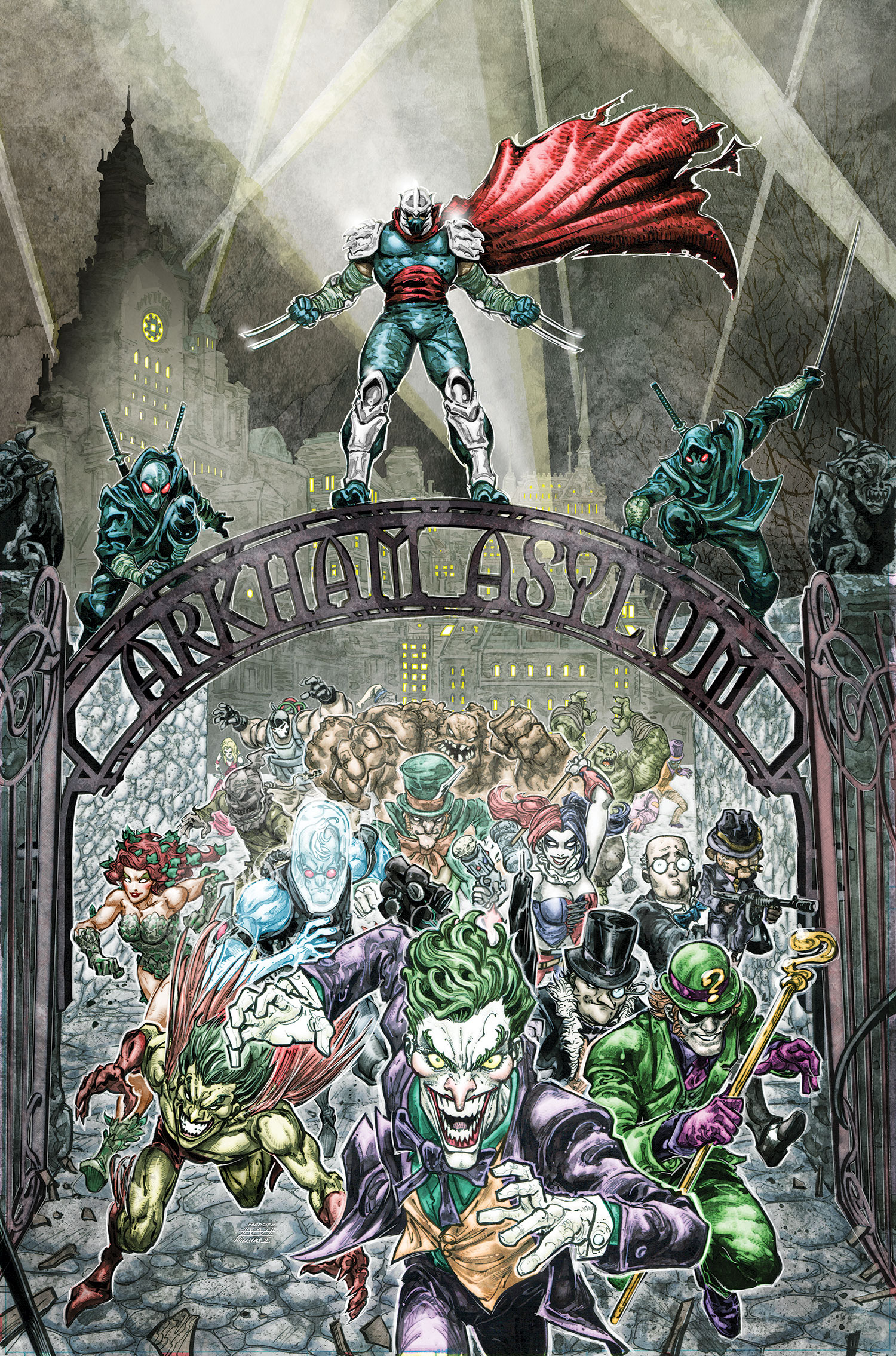 Pick of the Week:
Batman: Teenage Mutant Ninja Turtles #5 - I was worried this crossover was merely a gimmick, but whether you say you got Batman in my TMNT or you got TMNT in my Batman, it is wonderful.  We are racing towards the epic conclusion, and things are looking grim for the good guys.  Shredder and the Foot Clan have taken over Arkham, Leonardo is going into shock and will revert back to an actual turtle soon, and if that isn't enough, The League of Assassins is heading to Gotham as well.  This may have been my favorite issue thus far, as it brought Robin into the fold (in a very memorable encounter in the Batcave with Donatello and Michelangelo) and delivers the best cliffhanger yet.  James Tynion IV is absolutely crushing this story and Freddie Williams II, Jeremy Colwell, and Tom Napolitano have done an amazing job capturing the feel of these two series and bringing it to life.

The Rest:
Heart Throb #1 - In one of the most unique comics I have read in some time, Heart Throb managed to really deliver a pleasant surprise in the end. Callie Boudreau has suffered from congenital heart disease her entire life.  She has always been an outcast, but thanks to advances in technology (this book is set in 1977), she has a successful heart transplant.  Given a five-year extension on life, we see her try to make sense of this new lease on life.  In what feels like it is going to be an emotional story that could go anywhere, she meets a mysterious man at the bar.  Up to this point it appeared as though this was the material for an oscar nominated film starring someone like Jennifer Lawrence.  The twist at who this man was changed things, and then the direction he took her was completely unexpected.  Cannot wait for the second issue.

Darth Vader #19 - Vader successfully helps overthrow and install a loyal follower on the planet of Shu-Torun.  By flushing out and destroying the resistance, Vader just secured a major mining operation for the Empire.  In what should be a day of celebration, Vader learns that Dr. Aphra, his secret ally, has been found.  That news should be good, but when he learned who found her and is holding her, he isn't very happy.  While I didn't care much for the mining story, the twist that sets up the new arc is a great one.  Darth Vader continues to be my favorite of the ongoing Star Wars comics.

C-3PO #1 - I am not sure if this is an ongoing or if this was just fan service, but we now know why C-3PO had a red arm through most of The Force Awakens.  I normally try to avoid spoilers, but I feel there are enough readers that would like to know without purchasing this comic.  If you want to avoid any spoilers, then you should stop reading this recap.  Prior to the events in TFA, Admiral Ackbar has been captured by the First Order.  The only lead on where he is being held is in the memory bank of Omri, a droid that is being escorted by C-3PO and a rag tag group of droids following a crash.  Yada, yada, yada, some swamp creature rips of C-3PO's arm and Omri has a change of heart.  He sacrifices himself to save a rescue beacon allowing the mission to be completed.  C-3PO takes Omri's red arm and delivers the news to Poe, thus saving Ackbar and giving him a red arm for 90% of a movie.