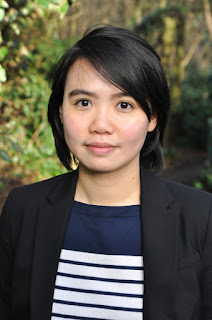 Zen Cho was born and raised in Malaysia. She is the author of Crawford Award-winning short story collection Spirits Abroad, and editor of anthology Cyberpunk: Malaysia, both published by Buku Fixi. She has also been nominated for the Campbell Award for Best New Writer and the Pushcart Prize, and honour-listed for the Carl Brandon Society Awards, for her short fiction. Her debut novel, Sorcerer to the Crown, is the first in a historical fantasy trilogy published by Ace/Roc Books (US) and Pan Macmillan (UK). She lives in London with her partner and practises law in her copious free time.


I'm getting back into the Regency era as I'm working on the second book in my trilogy, which is set in Regency England. So I have just finished Pamela Horn's Flunkeys and Scullions: Life Below Stairs in Georgian England

, which is historical nonfiction about servants in Georgian England — really useful and enlightening. I'm also savouring Mrs Hurst Dancing: And Other Scenes from Regency Life, 1812-23, which is a delightful collection of paintings by Diana Sperling, an amateur artist who recorded scenes from the life of her family at their estate in Essex. It appears to have involved a lot of hilarious tumbles off horses.

I'm always rereading old favourites so I never let it get to the point of being itchy. I think I might start on Pride and Prejudice

for the millionth time.

as a kid, but you grow out of Blyton very quickly.

series taught me that writing was allowed to be funny, smart and serious, all at the same time.

My debut novel Sorcerer to the Crown

is coming out in September and it's a historical fantasy set in Regency London. It's about England's first African Sorcerer Royal, Zacharias Wythe, whose many problems are compounded when he meets runaway orphan Prunella Gentleman — a female magical prodigy, of all things! I describe it as "like Georgette Heyer, but with magic and jokes about colonialism".
Posted by Charles Payseur at 12:00:00 AM