Visions of the future, near and far. 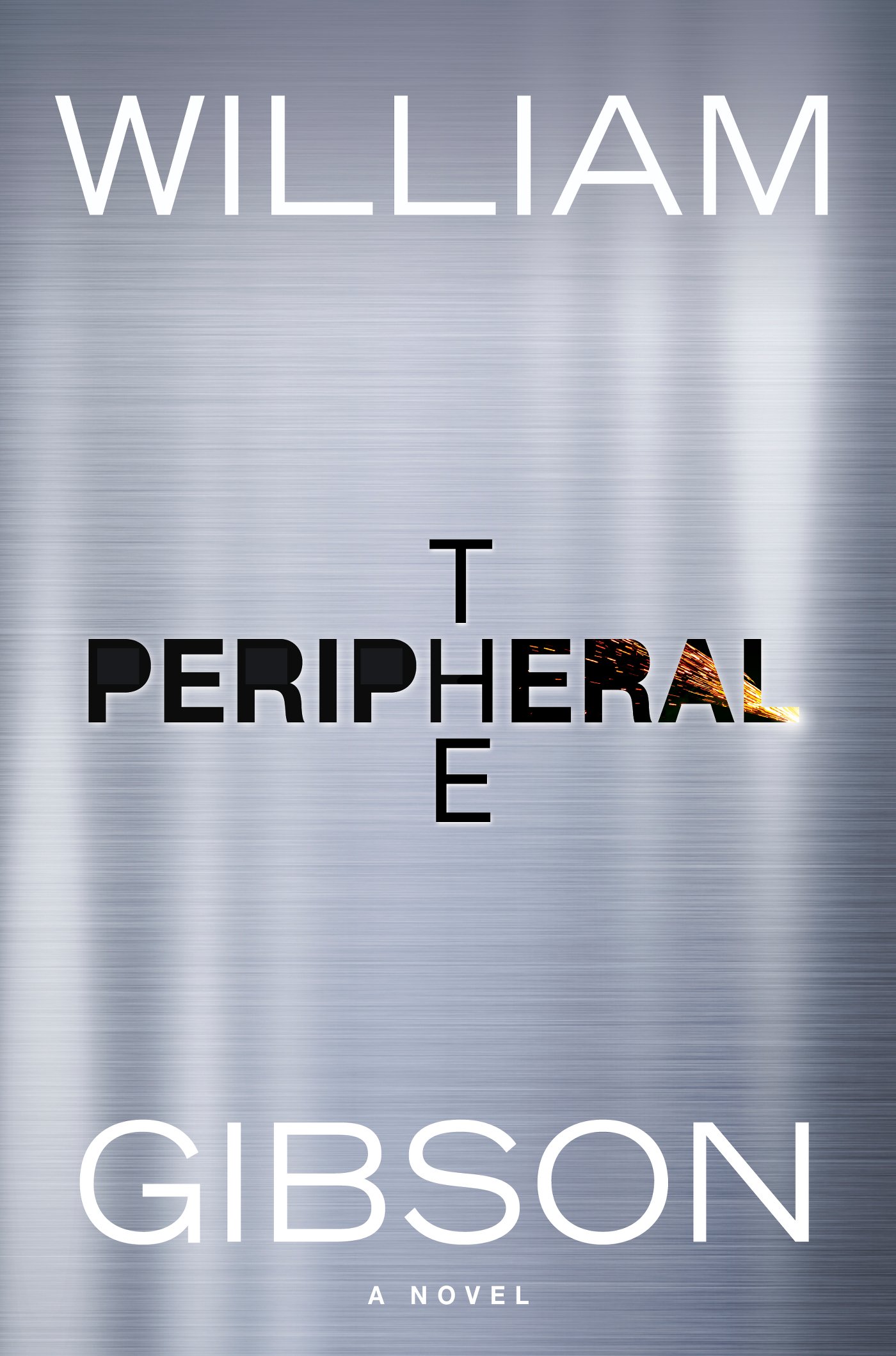 The Peripheral marks Gibson's much heralded return to science fiction (after a decade-plus of publishing thrillers). Yet those expecting a more narrow return to the "hard" near-futurism of his cyberpunk novels will be in for a surprise.

The Peripheral takes place on two dimensional planes (or nodes on a divergent timeline) separated by about half a century and by a cataclysmic event known as "the Jackpot." In the temporally foregrounded narrative, English publicist Wilf Netherton works for/is sleeping with performance artist Daedra West. But when a public stunt ends with West massacring a off-shore colony of posthumans, whomever pays Netherton's bills (and it is never clear who that is, even to Netherton) decides to cut ties. Before doing so, Netherton gives West a parting gift--a "polt" he himself received from friend, erstwhile patron and Russian oligarch Lev Zubov (a member of the "klept" that not-so-secretly runs things in the future). Lev is a "stub hobbyist," that is, a person of endless means who has discovered, through a mysterious server, a way to interact with the past. Once interaction commences, though, the timelines separate. Daedra, growing bored of the "polt," gives it to her sister Aelita.

In the stub, Burton Fisher--a veteran of of the USMC's crack Haptic Recon Force--gets paid to play a game, which requires him to keep drone paparazzi away from Aelita West (though he doesn't know that's what it is). But he wants to go upstate so he can mix it up with Luke 4:5 (an evolution of the Westboro Baptist Church) when it tries to protest a military funeral. He leaves his sister Flynne to play the game for him. Only Flynne sees a murder--one that seems too real and horrible to be part of a game. And then people start trying to kill her for what she saw. Realizing what's going on, Netherton and his patrons--under the direction of the seemingly ageless and enigmatic Detective Lowbeer--hatch a plot to bring Flynne into their world, via one of the eponymous "peripherals"--artificial bodies that can be controlled remotely--so she can identify Aelita's killer--before it's too late.

As dense as that sounds, it's really only the tip of the iceberg. But reveal anymore, and I'd be spoiling the book, so I won't go there. Needless to say, The Peripheral is a dense, sinewy mess--but the kind that begs interpretation. As such, it feels closer to the literary specfic of Pynchon, Mitchell or Murakami than Sterling, Cadigan or young Gibson.

In other respects, the book is quintessentially Gibsonian. The world of the stub does not resemble the urban hellscapes of his Sprawl Trilogy, but is more extrapolation of the rural dyspotias portrayed in the television shows Justified or True Detective, albeit with added drones and 3D printers--communities ravaged by economic decay, public corruption, widespread drug addiction and the endless foreign wars that disproportionately draw from the young and poor. But the effect is similarly disquieting, because it feels close and, at times, crushingly inevitable. This has always been one of the things that's attracted me to Gibson's fiction; whether science fictional or mimetic, he always seems to have a handle on where things are and where they are headed in the immediate future. Maybe not exactly, but enough to pose uncomfortable questions without suggesting easy or convenient answers.

The foregrounded timeline, by contrast, is distinctly post-singularity. While I'm not opposed to post-singularity fiction in principle, I think Paul Kincaid said it best:

If the singularity means everything coming at us so fast that it is incomprehensible, then the author feels no need to comprehend. The author is as much outside the world as the reader is. The story, therefore, is left to stand or fall not by the sense of a lived future (because we are left feeling that even the author hasn’t lived in it in her imagination) but by how much strangeness can be thrown into the mix. In effect, the stories are not meant to make sense, because the incomprehensibility of the future to the reader is the whole point of the exercise. And in this, both reader and author are excluded from the story.


The foregrounded narrative is certainly inventive, with good characters--Netherton, Lowbeer and others; it nevertheless felt remote and cold to me, and as such, a bit tedious in comparison with Flynne's neo-Appalachia.

Problematically, the incomprehensibility of this post-singularity future also conspires to produce a series of deus ex machina solutions to problems that emerge in the stub. Need resources? Watch Lev's "quants" manipulate the local economy (or rather, be told that they have done so). Someone trying to kill you? Have Lowbeer "send" over some more advanced weaponry. Flynne and Burton are extremely capable, but most of the time things are just done for them. This struck me as a waste of good characterization.

The Peripheral also suffers from an issue I've noted in a lot of books lately, namely, too many characters and not enough character development. In fact most of the secondary characters are either interchangeable or unnecessary, while a few that really could have used more development are as thin as reeds. Is this part of the literary zeitgeist? If so, I hope it goes away. So too the reliance on talking about things that are happening, rather than actually showing them happen.

Stylistically, though, The Peripheral dazzles. Counter-intuitively, perhaps, this is where felt the strongest connection to Neuromancer. Where, say, All Tomorrow's Parties gently immerses the reader in its near-future world, The Peripheral (like Neuromancer) throws you to into a deep end of speculative technology and the history, cultures and vernaculars of the future zeitgeist. No one does this like Gibson, and the uncompromising approach does ultimately pay off. However, the first 100 pages or were a slog. As such, some initially enthusiastic readers are bound to give up, as I contemplated doing at several points. All I can say is that it does get much easier to read once these things sink in, though, and I'm quite glad I saw it through.

In the end, The Peripheral isn't quite on Neuromancer's level, and it's most certainly an acquired taste, but it is still on balance a smart, sophisticated and--yes--literary genre novel that is, I think, ultimately worth braving, if only to see where Gibson's thinking about the future has taken him. On the other hand, it never quite strikes the nerve it threatens to, and in the end that's a shame.

Bonuses: +1 for nobody does futurespeak like Gibson; +1 for this shit is real complex, yo.

Penalties: -1 for all the talking about about things happening when they could just be happening; -1 for oh please no more gods in the machine; -1 for underutilized strong characters amid a preponderance of weak characters.