Here at Nerds of a Feather, we're big believers in women in the sciences and the science fictions. And since I have three daughters, the oldest of whom is actively building up her nerd cred more and more, I pitched co-contributor Tia the idea of doing a gift guide for girls that goes in a totally different direction than your mainstream pink-and-princesses type guides we all see everywhere this time of year. The gifts that follow, then, are not really gender-specific, but we hope that if you're shopping for a special kid with an interest in nerdy things, regardless of their chromosomes, these will give you some ideas.

I bestow upon you earned knowledge. Each of the gifts below has been kid-tested in my own home, so I've seen these things in action in grubby little kid paws, and pronounce them winners. 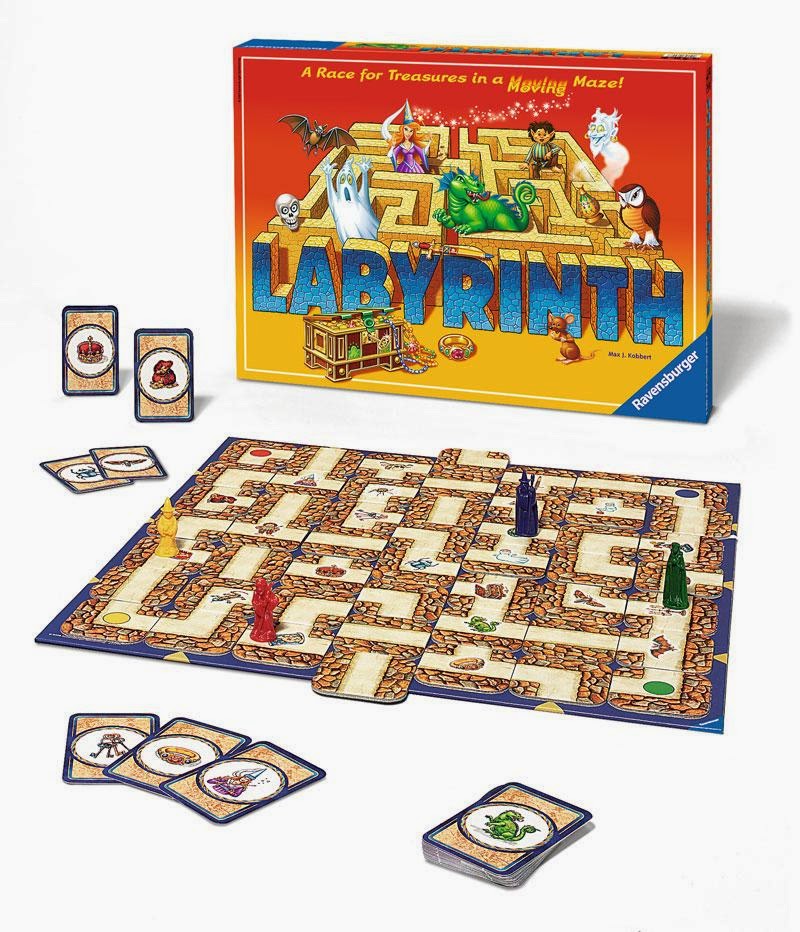 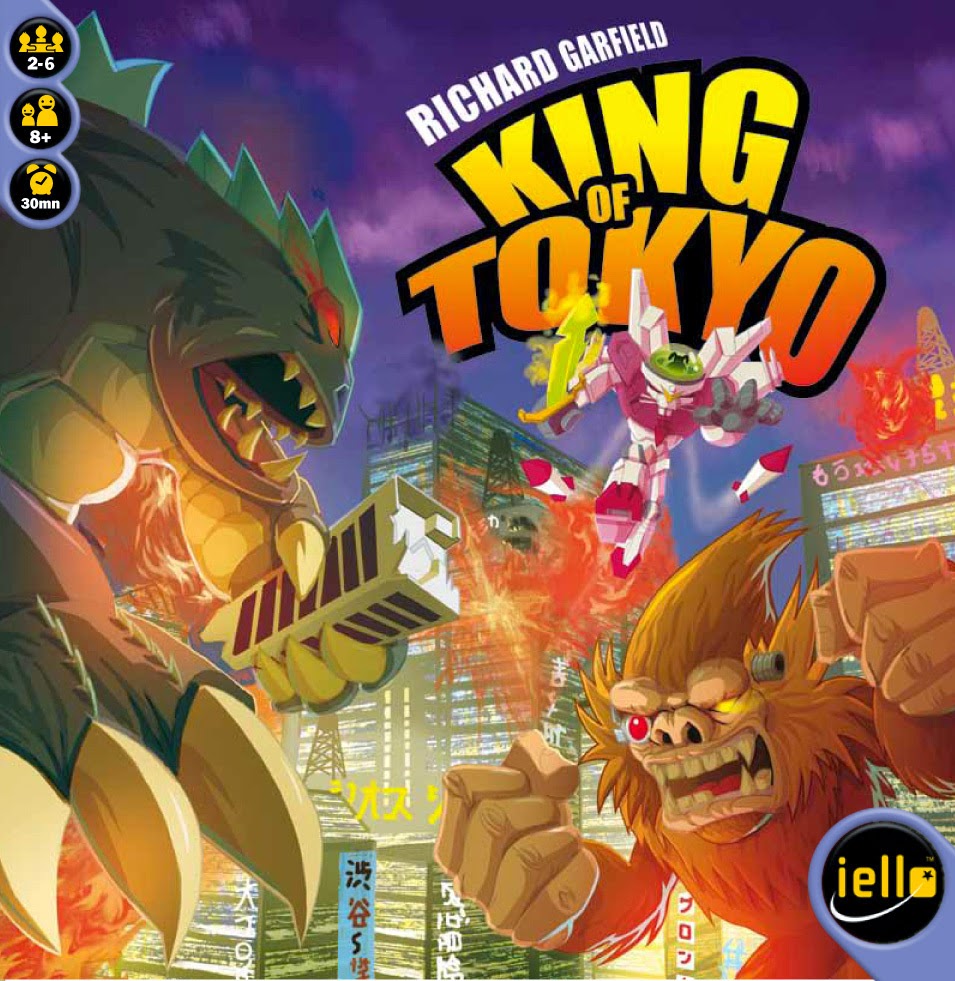 The two most popular games in my house this year have been Labyrinth and King of Tokyo. Labyrinth is a board game made up of moving tiles that you can shift on your turn in order to create a path to the next piece of treasure you must collect. It's fun, and a wonderful exercise in spatial reasoning. In King of Tokyo, you are a monster battling other monsters for control of Tokyo. What's not to love?
Labyrinth from Amazon

King of Tokyo at Amazon 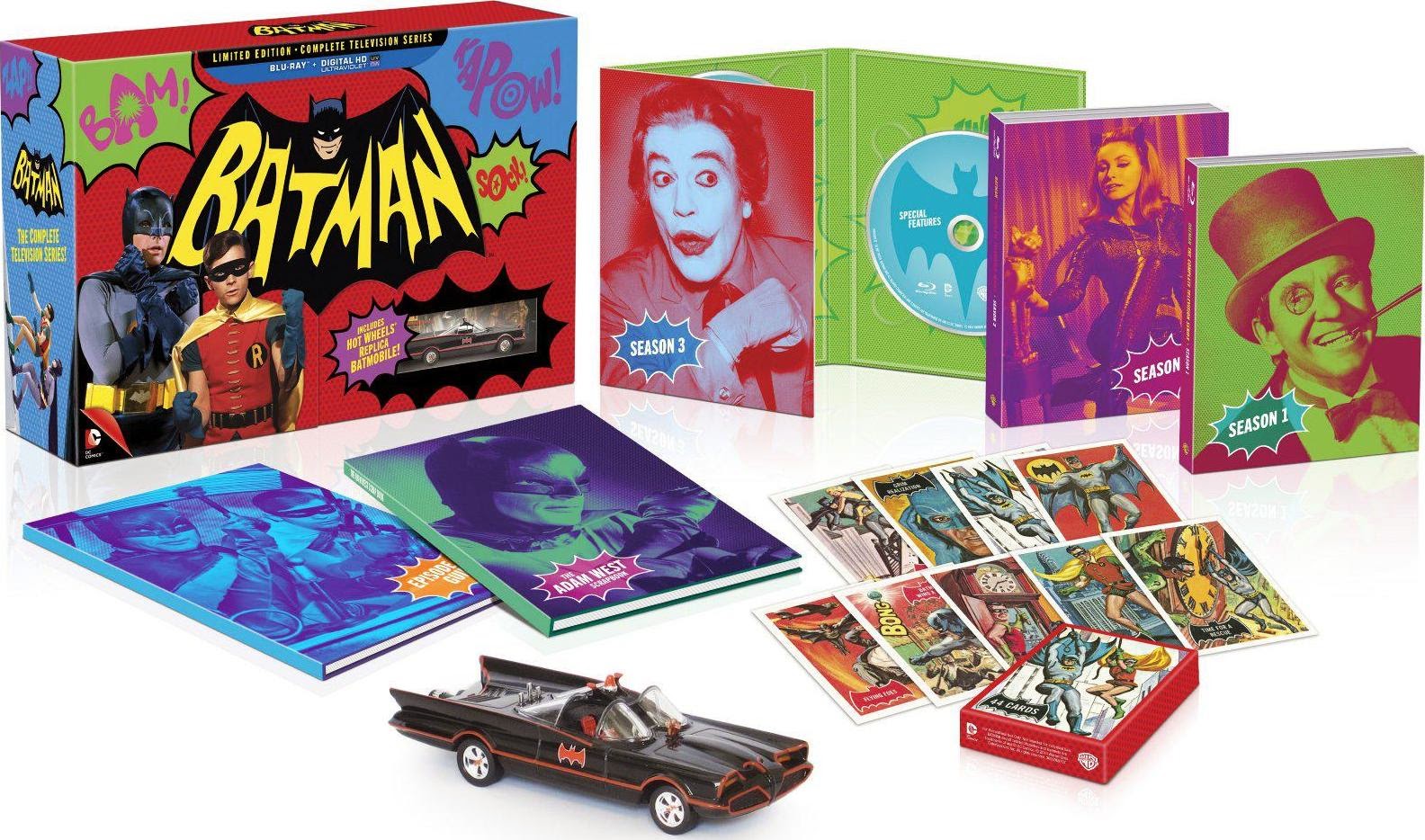 I loved the 1960s Batman TV series when I was a kid, but in a new world that includes sprawling effects spectacles like The Avengers, I wasn't sure how the campy antics of Adam West and Burt Ward would go over. I needn't have worried. All three girls come from wherever they are in the house to dance when they hear the theme song begin, and all those "Pow"s "Biff"s and "Zowie"s have been tremendous fun for somebody who just learned to read. Now the complete series is available on disc for the first time, and even comes packaged with a snazzy die-cast Batmobile.
Amazon 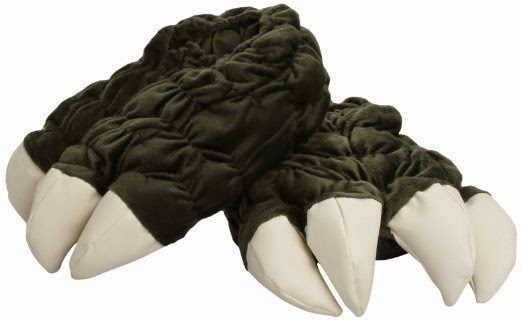 My eldest daughter loves monsters and Godzilla. Somebody gave her some pink monster-feet house shoes, which are fine, but she and I both prefer the Godzilla feet slippers she has. Seeing a little kid walk around the house in these things is simply the best. It's the best.
Amazon

Dealing with Dragons: Book One of the Enchanted Forrest Chronicles by Patricia C. Wrede 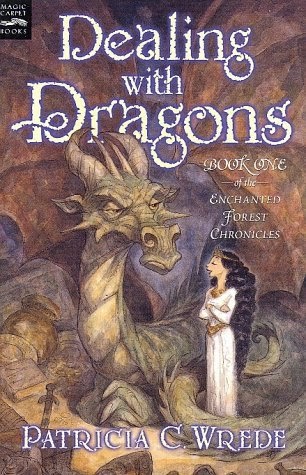 This was my all time favorite book growing up. It’s about an improper princess named Cimorene, who doesn’t behave as a princess ought to. She tries to learn fencing and cleaning and magic and Latin…all subjects that are denied to princesses. But uncovering her parents’ plan to force her into an arranged marriage is the last straw and Cimorene skips town, eventually finding herself in the company of some dragons. She volunteers to be the dragons’ “captive,” a position she thoroughly enjoys, despite all the annoying rescue attempts by knights in shining armor.

I think I loved this book so much because it was different than all the other princess stories. I was condemned to Catholic school as I kid, so I could fully relate to being expected to act a certain way and not being able to learn anything cool. I can’t speak for the trilogy as a whole, because I never even knew there was more than one book until recently, but Dealing with Dragons is a story that will live in a little girl’s heart forever (well mine at least).
Amazon. 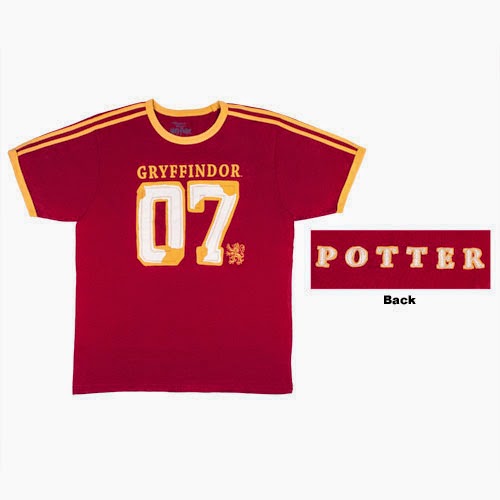 This is the all time most awesome Harry Potter shirt EVER! When I finally made it to the Wizarding World of Harry Potter this summer, I was so overwhelmed with nerdiness I couldn’t handle it. Not to mention, the Diagon Alley expansion was finished but not open to the public yet, so I had to deal with that crushing blow at the same time. Talk about mixed feelings. I’m not going to lie, I did contemplate jumping the fence. There was only one guard on duty and I know I could have outrun him. But anyway, I saw so many little folks rocking this top around Orlando and it was fantastic. It’s not your typical flimsy T-Shirt, it has a little more substance to it and even some embroidery. I opted not to buy myself one while I was there and purchased a wand instead, a decision I regret. At a recent Harry Potter festival in Philadelphia I saw a mother-daughter duo sporting these matching HP jerseys and it was to die for. Universal Studios. 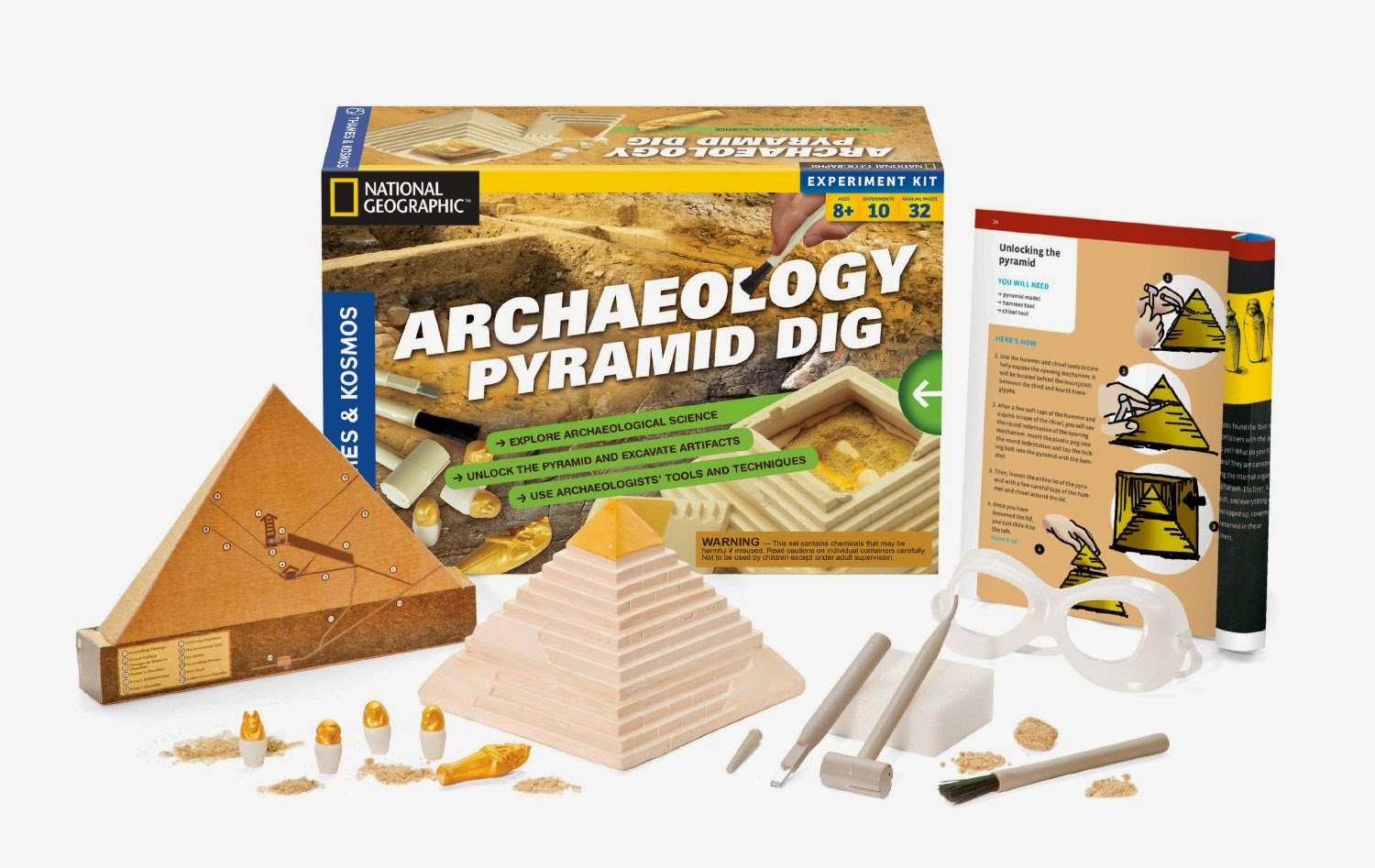 Lets face it. Archaeology is cool, mythology is cool, and digging in the dirt is really, really cool. I worked as an archeologist for a time and was the only girl on the field crew (i.e., dirt diggers). All the other girls at the company worked in either administration or as researchers. If you ask me, we need more girls in the dirt digging department. This Ancient Egypt archaeology set looks like so much fun, and may be just the type of thing to get more of today’s youth interested in history and digging. It comes with a little chisel, brush, hammer, mummy, and sarcophagus. It even has directions on how to mummify an apple! Be aware though, this kit contains choking hazards, so make sure that the recipient of this gift isn’t one to eat non-food items.  Amazon.

(Editor's note: Tia and I had overlapping gift recommendations, although mine involved digging up dinosaur bones, not ancient civilizations. Both are super cool. Here's the T-Rex skeleton dig we have here. - V)
Posted by vkotrla at 12:00:00 AM