How Classic Horror Continues to Inspire

Regular readers may know that I have an abiding love of classic horror movies, and some may also know that I am the singer and songwriter for the alt-folk band Sci-Fi Romance. This month, those two things came together in a way that, I have to admit, surprised me, when I found myself writing, recording, and releasing an EP of new songs inspired by a half dozen of those movies. 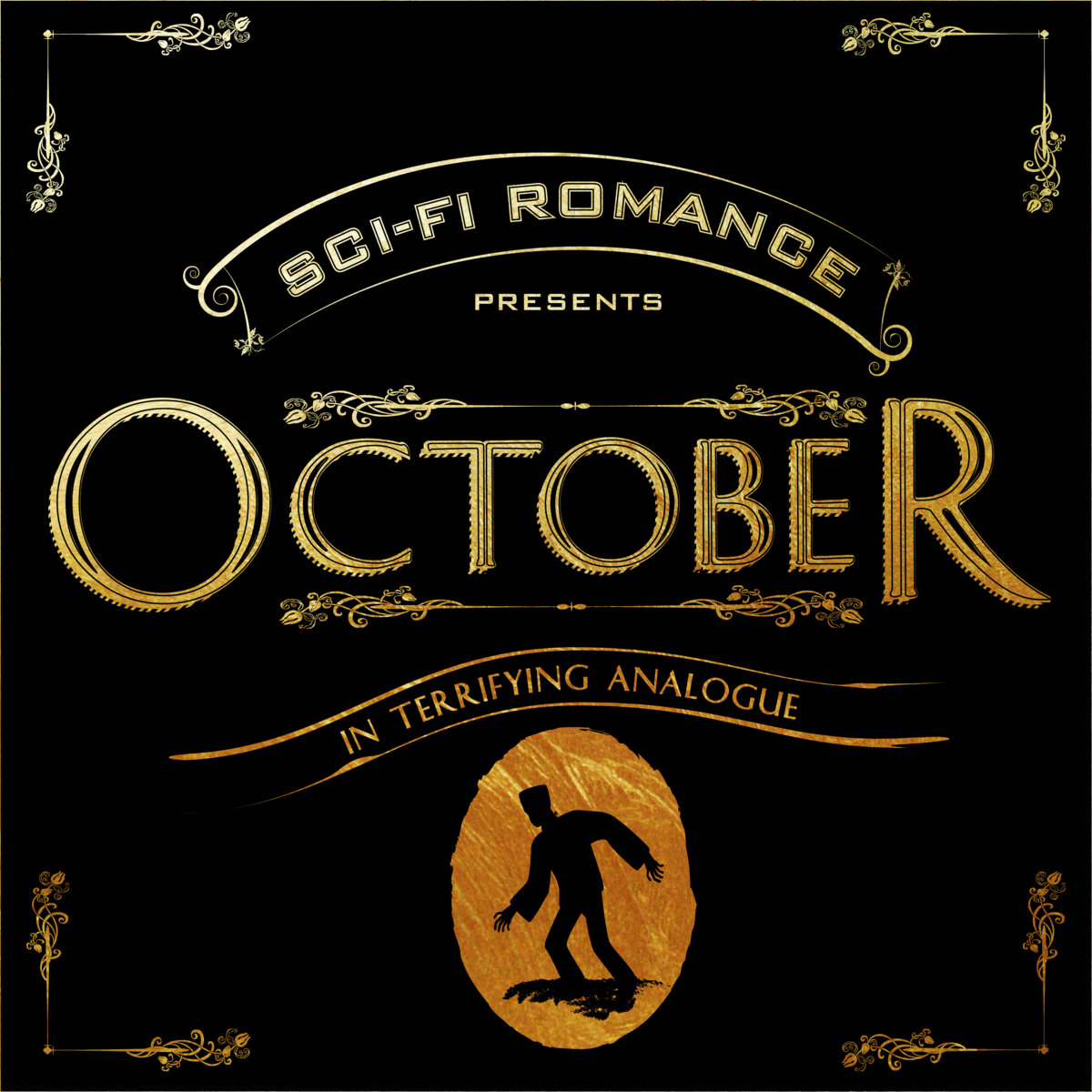 See, every October, my wife and I stock up on Fall seasonal beers, turn the lights down, and watch as many old horror movies as we can. The classic Universal monsters, Roger Corman and Vincent Price, Boris Karloff, Mario Bava, maybe Sam Raimi, the old micro-budget RKO pictures produced by Val Lewton, drive-in oddballs, and anything else that may be tangentially related or catches our eyes. This year, the first movie we watched was Corman's The Fall of the House of Usher, and while we were watching it, I got a weird, fully-formed idea completely out of the blue.

"Why don't I write a song for each movie we watch, dig up my old four-track cassette recorder I haven't touched in over 15 years, record the songs immediately after I write them, and put the whole thing out for free?" Yes. Why wouldn't someone do exactly that? Nostalgia upon nostalgia, and all my nerd buttons pushed simultaneously.

The thing that did it, I think, that sent me in this odd direction, was that for the first time I understood the humanity in Usher's decision to bury his sister alive. My experience of these films — many of which I saw for the first time when I was a kid — was one of sensationalism and spooky atmospheres, and something that fit in with my regular diet of Scooby-Doo and Adam West as Batman. You know, some crazy person in an old castle with lots of old candles and spiderwebs, and a bland dope who wanders into a bad situation they can't comprehend, before everything catches on fire and burns down 90 minutes later. So admittedly, much of my continued enjoyment of these films is nostalgic. Some of it comes from an increased appreciation for the craft of the actors and filmmakers involved, who were so evocative and (usually) inventive with very limited resources, either financial or temporal. But sometimes my enjoyment of them suddenly leaps beyond all of that, when I make a profound emotional connection with a character that everybody thinks is nuts.

This first happened a dozen years ago when I re-watched Frankenstein. I had long admired Karloff's performance as the monster, of course, but this was the first time I had really felt Colin Clive's Henry Frankenstein. Clive was a drunk who died in his thirties, so who knows how much of the haunted, longing pain in his eyes was acting and how much just followed him around everywhere he went. But man, it hit me, and I wrote a song about it. Now here it is 12 years and who knows how many bands later, and I had the same thing this time with Vincent Price in Usher. Just like it had before, that connection made me want to write a song.

And that turned out to be the key. I suddenly watched these movies with an entirely different outlook, realizing that these classically trained actors, who had all done Shakespeare and Ibsen and all of this had had to find an emotional way into these characters to ground their performance at the center of all this great atmosphere, set design, and macabre plot elements. I'd always found the 1931 Dracula to be bizarre, with Dracula's casual strolling about among people who know he's a vampire and have sworn to stop him. But this time, I asked myself why the hell he left Transylvania in the first place, and the answer made everything else fall into place: he was desperately lonely. He wants to be around people, he's used to unquestioned dominion, and he doesn't perceive a threat from Van Helsing and the dopey Jonathan Harker. Also, Dwight Frye's performance as Renfield is amazing.

I couldn't watch Dracula and not watch Ed Wood, and the fundamentally joyous soul of that movie has always spoken to me. Ed's response to being told he made the worst movie someone's ever seen is "Well, my next one will be better!" for Pete's sake. That song came easily. Karloff was kind enough to explain straight out in The Body Snatcher the reason behind his seething creepiness, which was that as a low-class, forgotten cab driver he had managed to get and hold sway over a powerful, well respected physician and medical professor, and he would do absolutely anything in his power to keep that sense of power and meaning. In Bride of Frankenstein, we watch Karloff's monster grow in his humanity and fill up with an aching pathos, like Dracula, seeking connection. His longing for it gave me a chance to write what I consider both a very funny and a very sincere song. It's a celebration of possibility, but since we know how the story ends, the context gives everything a very different meaning.

Finally, for what was probably my favorite song on the EP, I tackled Corman's Masque of the Red Death, which is my favorite of the Corman/Poe/Price movies. It has the most going on, and is to me the most interesting because of what is actually a pretty acute exploration of human nature. I had no idea what to write about, where to hang my hat, as it were, for a song about this movie. And then I saw the sadness with which Hazel Court portrayed Juliana, Prince Prospero's mistress, who had always resisted committing her path to unrepentant evil, as he had. I loved her performance, and hope I did it justice.

Our world is different now, and today a lot of violence comes out of nowhere. It is sudden, profound, and often committed outside of context. People with mental illness fire into crowds, terror attacks come out of nowhere, and we worry things like GMOs and technology may ultimately harbor us ill will. Horror movies of today have come to reflect those fears. For several years, most mainstream horror movies were simply sadistic parades of people being killed brutally for reasons that remained at arms' length, and now zombies have gnawed their way to the top of every medium's genre output. I think these earlier films, despite a lack of special effects, despite their limited budgets, and despite much actual onscreen violence, used what they had, which were their gifted casts. Products of a different time, they told different kinds of stories — fundamentally human stories — that might not get the recognition they deserve. I can't imagine writing a song about Paris Hilton in House of Wax, but I could write one about Henry Jarrod as played by Vincent Price. Beneath the arched eyebrows and pencil mustache, there was more of me.

October is available as a free download here. Happy Halloween, everybody.

Posted by — Vance K, cult film aficionado, lover of terrible movies, and resident baritone at Nerds of a Feather since 2012
Posted by vkotrla at 12:00:00 AM