Science Fiction and Fantasy literature has always been incredibly popular among young adult readers. Collectively, we could probably write a book on why. Chances are, if you were born before the turn of the century you’ve read R.L. Stine, Christopher Pike, and/or V.C. Andrews. Today, the popularity of YA SF/F is growing exponentially as the success of bringing Harry Potter to the big screen has sent publishers and production companies scrambling for the next highest grossing YA franchise. Much of today’s mainstream YA SF/F franchises have female protagonists and it makes me wonder about the value of what is being presented to the always impressionable population of young adults readers.

So without further ado, I give you the six most mainstream YA SF/F female protagonists (unscientifically determined by me) rated based on role model merit. Presented worst best…enjoy.

I won’t waste too much of my hypothetical breath or your precious time on this. Really, the only positive message Bella sends to young women is to not give it all up at once. Which, of course, is a good message. However, she also tells young women that it’s okay to become completely obsessed with a beautiful mysterious boy the second he shows interest in you, because eventually you guys will end up getting married and having (creepy) babies. Not a good message. Bella also tells young women that it’s okay to completely surrender your identity to said boy. Worse message. I could go on, but I won’t. You’re welcome.

Yes I know, Frozen isn’t a book and technically it doesn’t fit here but I’ve included it because (1) despite being geared toward a younger audience it is incredibly popular among young adult women (as evidenced by my high-school aged cousins and their friends and that’s legit evidence) and (2) it represents a major shift in the Disney princess paradigm. Elsa shows young women that even though there is something about you that is different, it doesn’t mean that there is something wrong with you, despite what those in power may say. She shows young adults that suppressing and hiding parts of yourself only leads to isolation, most importantly from those who love you. But running away to free yourself and harboring resentment won’t fix the problem either.

Anna shows young women that there is no such thing as a prince charming and that they shouldn’t blindly trust someone just because they finish each other’s sandwiches. Anna also tells them that not all boys are jerks though, and plus one for the good guy with Kristoff. Anna is independent and leads her own quest, which is probably the first instance of the Disney princess paradigm shift in the film. The second? Anna’s selfless act. Here comes Kristoff, running in slow motion to deliver true love upon a dying Anna and what does Anna do? Throws her dying self in front of Elsa to save her sister’s life. Astounding. What does this say to young women? A lot of things but maybe most impactful to this age group is that Anna shows them that there are people in your life who are more important than your crush.

So, if Elsa and Anna are so great then why aren’t they higher on the list? Well, first off, the case of Elsa portrays the notion that even though you are different everyone will still accept you, and we all know that’s not true. Of course in an ideal world Anna accepts Elsa for who she is, ice blasters and all, and leaves the audience thinking that she should have just told Anna from the beginning and everything would have been okay. This is called hegemony, and we don’t live in an ideal world. Oftentimes coming out to your loved ones and the rest of society, regardless of what you are coming out about, rarely goes so smoothly. In reality, acceptance is a virtue and not many people have it. Secondly, even though Anna set out to lead her own quest, she ultimately needs a man to succeed, which is not a good message for young adult women. And finally, this story would have been just fine without the Anna and Kristoff kiss. It would have been nice to see the story end with the two as friends, sharing a bit of chemistry and a future of endless possibilities…ya know, in an ideal world.

Tris is a decent role model for young adult women. She shows them that at some point they will need to make their own decision about who they are and where they want to go in life, and this decision may send them and their family in different directions. She shows young readers that decisions like that can be hard, even frightening at times, and that it will take hard work and courage to succeed. Tris also tells young women to not let self-doubt consume them, and to be firm in their convictions. She tells them to think differently about their parents and to consider that maybe they have made some hard choices of their own. Tris is multi-faceted in a world where everyone seems one-dimensional, but she shows readers that there are others like her out there. Tris tells young adult women that a love interest should complement, not complete them, and that it is okay to accept help, but ultimately they must be able to succeed on their own. She also shows them that their choices are only part of who they are and that their actions are equally as important.

Tris may be determined and courageous and all that good stuff, but she perpetuates bootstrapping too much to be any higher on this list. She tells young readers that if they want something bad enough and work hard enough, ultimately they will get it. This is great in theory, but isn’t always reality. In reality, sometimes there are limitations that you cannot surpass no matter how hard you try. A better role model Tris may not have been able to succeed in Dauntless initiation due to physical limitations and instead had to conquer her fear of becoming Factionless and learn about living life unprivileged. That said, I’m a big fan of any female character that tells young women to value physical strength, so Tris definitely gets bonus points for that.

Katniss is a fighter. She tells young women to stand up for what is right and to not trust everything they see on TV. Katniss shows that sometimes there are things more important than what you want, like the needs of your family and community. She warns young adults about the influence of the media and shows that the stronger the action the heavier the consequence. She shows them that you can’t always take someone’s word at face value. 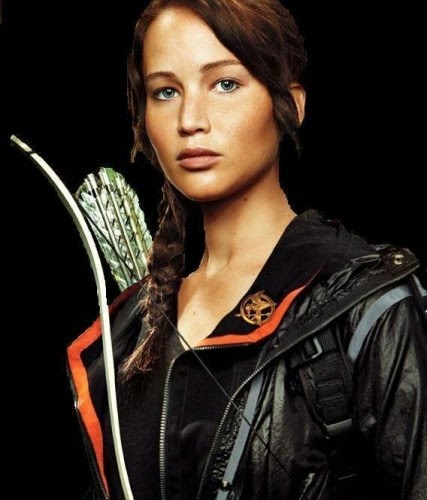 But Katniss, like Tris, is a violent figure, wielding weapons and inflicting harm, even though she may not have a choice. And although we sometimes have to do what is necessary to survive, relying on violence shouldn’t be the
answer and Katniss shows how much of a toll that can take on a person. Katniss isn’t higher on the list because she is not necessarily a relatable role model and suffers from the superhero effect. Sure, we all want to be like Katniss (or Batman) but realistically we know it’s not possible and that dream gets filed in the ‘wish I could’ folder. 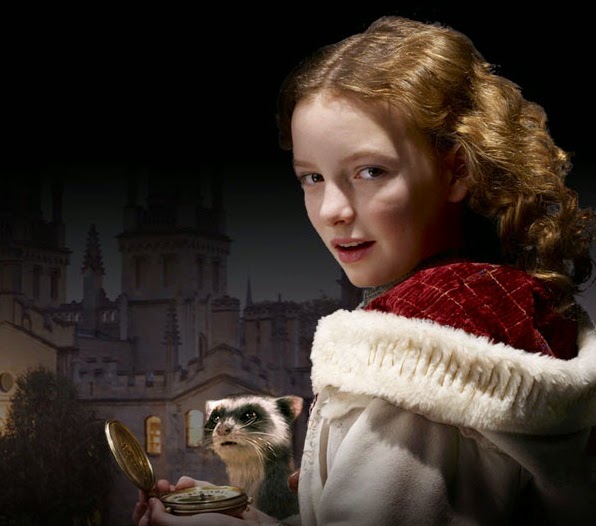 Lyra is smart, independent, sly, and cunning. She is curious and fearless. She shows young adult women to stick up for themselves and for thier friends. She tells them to not be judgmental and shows there are people worthy of respect in all walks of life and in all levels of society. What really makes Lyra a strong role model for young adults though is not Lyra herself, but her daemon Pan. Pan is a physical representation of Lyra’s self, and through Pan young adults can see that even though their idea of themselves may change while they are discovering who they are, the underlying foundation must remain solid. Lyra and Pan warn readers of the dangers of losing their central sense of identity and show that while this sense of identity is often amorphous as a young adult, the actions and choices they make now can greatly effect who they become in the future.

[side note: The movie The Golden Compass didn't do very well in the U.S. (grossed about 70 million) so exposure to it may be a bit lower than the others on this list. If you haven't heard of it, I highly recommend this His Dark Materials series by Phillip Pullman. It is full of philosophical and theological undertones and is heavily inspired by John Milton’s Paradise Lost, which may be the best epic poem ever written. ]

Out of all the female protagonists in today’s YA SF/F, Hermione Granger wins for the most positive female role model. She’s independent, smart, and caring. She is at times overambitious and often too eager to prove herself in a world where she feels she has to. She is sometimes insecure and is even a bit self-conscious about her appearance (like her hair and her teeth). But all in all, Hermione is proud of who she is and is willing to stick up for what she believes in. She recognizes her mistakes. She is a loyal and loving friend. Most importantly, her arc isn’t dependent on a love interest. Granted, love interests come into the picture when the characters start to grow up, but Hermione doesn’t need one to define her, or to help her succeed. But she does get support from her friends, and Harry, Ron, and Hermione all need each other equally.

Hermione is a realistic, relatable, and achievable role model. Even though she has magic, which supposedly isn’t real, young women can strive to emulate her if they so choose (for example by excelling in school but taking risks and having fun). So what does Hermione say to young adult women? She tells them that it’s okay to be yourself, even if you are sometimes unsure who that person is. She tells them to be ambitious, but warns of the dangers of over ambition and setting unrealistic goals. Hermione tells them to value those in their lives who are important and shows what a real friend is like. She shows how to stick up for what you believe in, to stick up for your friends, and to stand up for what you think is right. She reminds young women to be independent but not exclusive. And she tells them that it’s okay to be different. Hermione reminds all of us that not fitting in doesn’t make you any less valuable a person, and oftentimes those who set the boundaries for different and normal are just as, if not more, insecure than you are.


Well, there you have it, my not so humble opinion on the matter. Of course, all of this is open for debate (except Hermione) and we’d love to hear what you think!

----
POSTED BY:  Tia  whose patronus is a panther and whose daemon is a bobcat