It is hard to believe that Halloween is tomorrow.  I look forward to the new wave of superhero trick-or-treaters, and will without question see large volumes of Star Lords and Rocket Raccoons stop by in hopes of a treat.  After the knowledge that Marvel dropped in regards to its upcoming movie slate, I think that the steady stream of superheroes is sure to continue.  On a sad note, this will mark the first Halloween in some time that I am not going dressed as Axe Cop.  I am going to be the Groot to my son's Rocket.  Happy Halloween! 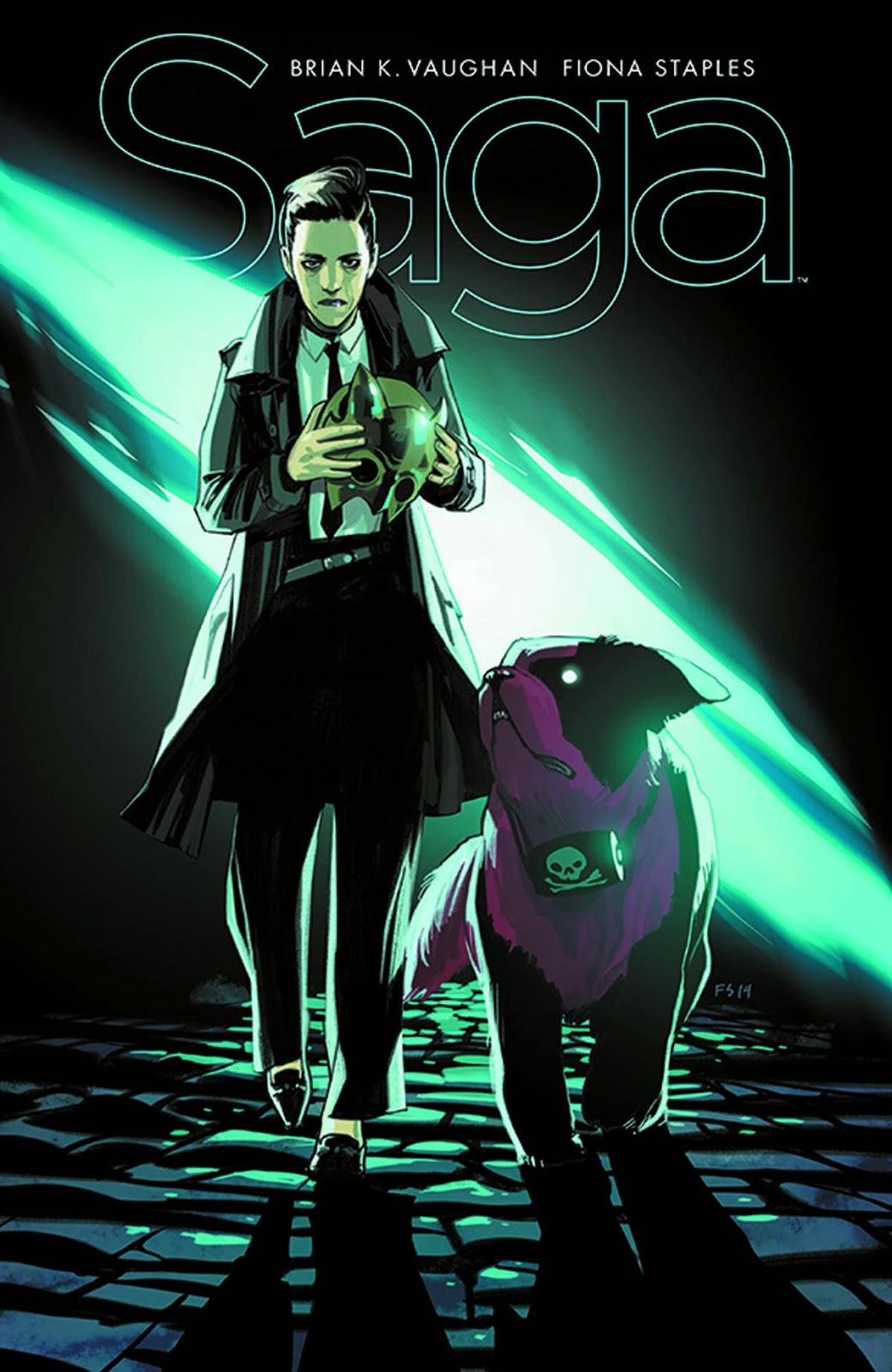 Pick of the Week:
Saga #24 - Epic moment from Lying Cat, The Will's sister, and a dog that shoots tranquilizer darts from his nose.  Brian K. Vaughan and Fiona Staples can do whatever they want and it will be pure gold.  It was great to have an issue almost entirely dedicated to the quest to save The Will.  He quickly became one of my favorite characters and I hope that Gwendolyn and Sophie are able to find the necessary dragon semen to create the elixir.  Oh, this also featured the line "Gonna eat yer filthy cervix!"  In other words, this comic rules.

Mind MGMT #27 - We all knew that Meru was special, but she didn't believe in herself.  She is one of the strongest female protagonists in the comic book medium, and it looks like she may now understand her true power.  Meru converses with the first immortal in this issue and turns a corner in terms of understanding her unique gifts and why they are a threat to Mind MGMT.  Things had been looking bleak, but hopefully this was just the pep talk that Meru needed to finally take down this vile organization.

Arkham Manor #1 - Despite cutting down the number of titles to a supposed
52, DC continues to expand some of its more popular lines so a new Batman title is anything but shocking.  In this new book, due to the implosion of Arkham Asylum and the citizens of Gotham not happy having the criminally insane held at the stadium, the mayor uses imminent domain and turns Wayne Manor into the new Arkham.  Interesting premise and with Gerry Duggan penning it I will stick around.  This was a fine first issue and establishes the situation well enough.

Southern Bastards #5 - We are gifted a new arc from the creative duo of Jason Aaron and Jason Latour and we are going to learn quite a bit about coach Boss.  The first arc was put to rest so to speak, and the town is going to continue pushing forward as if the events from the first four issues never occurred.  While I am shocked by how bold Boss is in the aftermath of issue #4, I am more intrigued by the glimpse into his childhood that we are provided.  I look forward to pulling back the curtain and peeking at a glimpse of humanity in this previously one note character.  So happy this series is back.