The best news of the week has to be Saga taking home a Hugo.  Congrats to Brian K. Vaughn and Fiona Staples.   If you haven't checked out their Hugo Award winnings series you owe yourself a favor to pick it up.  A big week for DC with the debut of Forever Evil some new talent is getting a crack at things in Villains Month. 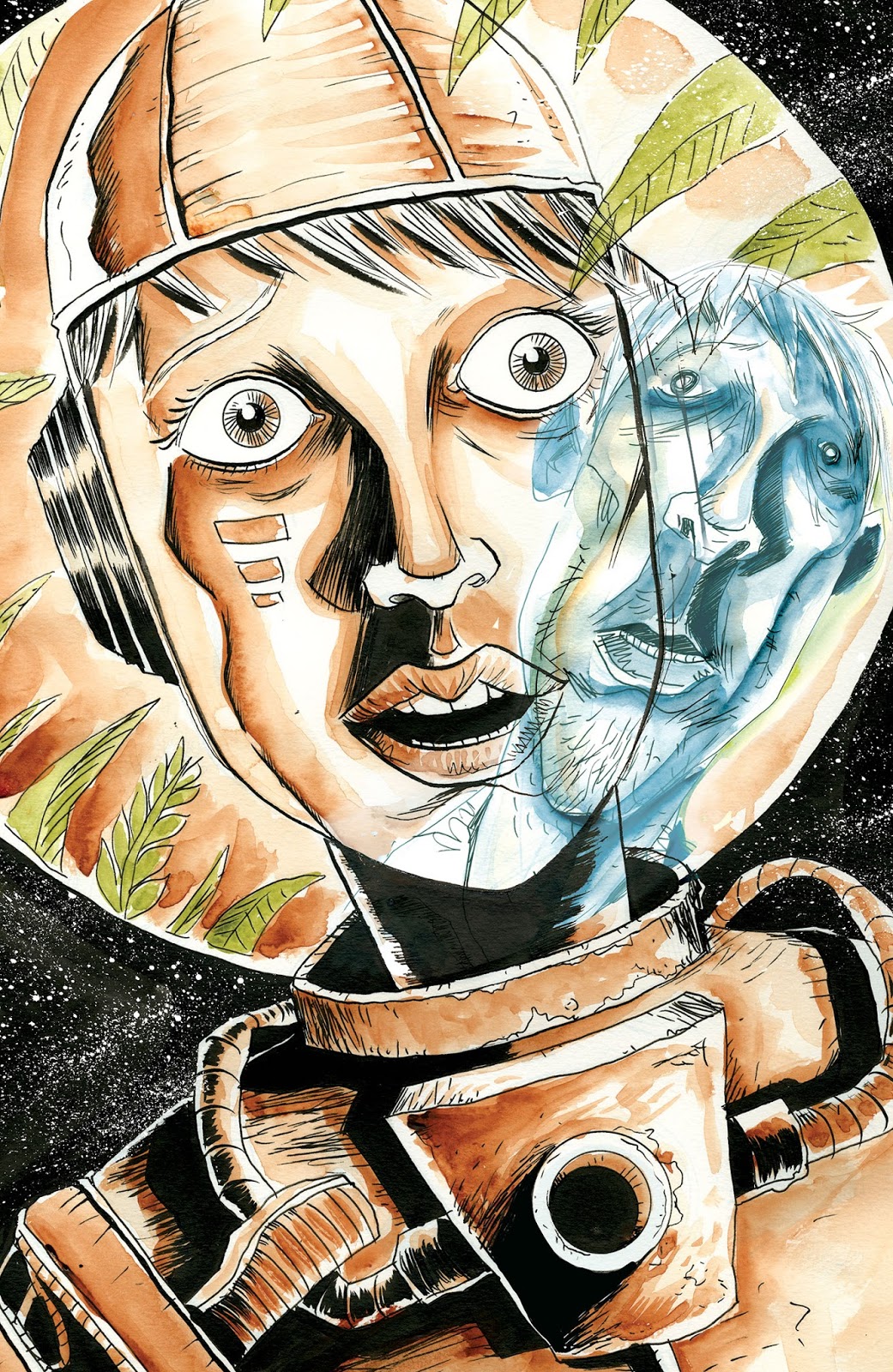 Pick of the Week:
Trillium #2 - Jeff Lemire's next gem of a comic continues as Nika, from the year 3797, struggles to communicate with William on earth in 1921.  As they attempt to figure out why the temple that let Nika pass from the Atabithi colony to earth has sealed itself.  Nika's attempt to protect the Atabithi may have fallen short as she learns upon her return to her own time that the attack is imminent.  I am on pins and needles to see what happens next.  The air of mystery is still thick with this one and Lemire has me hooked.

The Rest:
Marvel Infinity #2 - Jonathan Hickman drops a bomb at the end of issue 2 as things look bleak for Earth.  Thanos and his army seem unstoppable, but with the help of the builders all hope isn't lost.  In an act of desperation, Black Bolt enlists the help of the Illuminati to thwart the Titan's plan.

Forever Evil #1 - The New World Order have arrived on earth as Ultraman and his crew of villains are hell bent on destruction.  Stage one appears to be busting out every criminal out of jail and forming a team that seems unbeatable.  Superman is nowhere to be seen and things look bleak.  While the story is nothing new, the writing worked well and I actually enjoyed this one.  I am on board for issue #2.

Artful Daggers #7 - The best bargain in comics continued this week as the Tricksters are fighting amongst themselves.  Colin disapproves of Marcus' methods and is fearful that the First of Cornwall will be so outraged that, with the help of a corporation, may target the Tricksters.  Did Arden sell out the Tricksters in order to secure stronger footing with Kent United?  Thrilling and stressful issue that is making the wait for new material difficult!

Batman #23.1 aka Joker #1 - This one-shot featuring the Joker for the Forever Evil event was a fine story, but really didn't do anything for me.  I appreciated how the storytelling connected to Joker's youth, but it is ultimately forgettable.

What I Should Have Read:
X-Men Battle of the Atom #1 - Brian Michael Bendis pens a new event for the X-Men as Beast brings the original five X-men from the past to the current to see the ramifications for its decisions.  All out war with some sentinels breaks out and the issue ends with X-men from the future making an appearance to prevent the current X-men from sending the old X-men back.  Three teams of X-men from different times penned by Mr. Bendis.  Might have to check this one out.
Posted by Mikey N at 3:00:00 AM