We Wank 'Em: The Things I Planned to Write for the Blog But Didn't

A little over year ago, I decided to help out a buddy. He was starting a "nerd" blog and asked if I'd like to review comics. Maybe one a week, he suggested. Why stop at comics? I said. I'll write all kinds of posts. Smart posts about film and culture, withering social critiques and stark confessionals, all loosely related to nerdom (which for me pretty much means comic books). So many ideas percolated.

And then I began receiving comics and crime fiction to review. Now that weekly contribution to the public discourse has become a last minute dash to have my post up by 12:00 AM. So, I never ended up writing these brilliant posts.

Well, they probably would not have been brilliant. But some of them might have been worth two minutes of your time. Here are my favorite posts that I planned to write but never did: 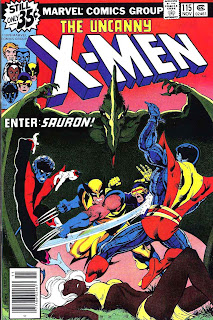 This started as a labor of love. I began reading comics in the late eighties and with Uncanny X-Men and Classic X-Men available at 7-11 Chris Claremont made a lasting impression. So, I decided to read Claremont's entire run on X-Men. When the G came along with this dumb blog idea, I told him that I'd write something about this project -- though I had really no idea what that something would be. And I never got around to figuring it out because I never finished reading the run. Mainly because it's a long one: the guy was at the X-helm for around twenty years. Of course, no one noticed  at the time that Claremont was effectively writing the same three stories over and over: some variant of the Dark Phoenix Saga, perennial Shi'ar or Brood invasions/misunderstandings, and something about people thinking the X-Men were dead, but they really weren't. (Marvel's X-books have kept this tradition alive: Wasn't there just another Phoenix epic?) At least in the early days Claremont would throw  a weird horror story into the mix. Or element, such as Magneto's Lovecraftian sea layer. After about five years of the run, I got bored and stopped reading. Sometimes you should leave the comics in the garage. Then again... 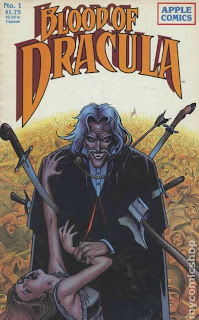 5. Monthly Feature: Tales from the Longbox

For much of last year, I was in Europe, travelling between Spain, France, Ireland, and the UK. I took a virtual library of digital comics along with me, I had Amazon and Comixology to back this up, and, if worse came to worse, I'd buy French comics. In short, I'd planned for casual comic reading whole abroad. Then I started contributing to Nerds and my obsessive tendencies kicked in. I suddenly wanted to read every comic ever written and every book about comics ever written, to become a devoted student of comic's history. But mainly I found myself wanting to read comics from my formative years. Though not Uncanny X-Men. I wanted to read Taboo again, Blood of Dracula, Epic Comic's thoroughly underrated Hellraiser series...I read a lot of horror comics as a teen. While abroad, I made a promise to myself: I'd go to Bakersfield, take my comics from storage in my mother's garage and begin rereading and writing about them. It's been five months since I've returned. I've yet to read a single comic from those longboxes 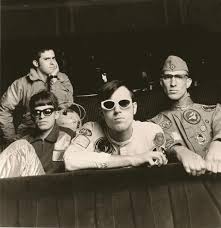 It seems like every week I come up with a new We Rank 'Em list. It's party the internet's love of lists. (Are people actually reading Buzzfeed Politics?) It's mainly because We Rank 'Ems are easy and very fun to write. Here are some of the ideas that I came up with: Best Crime Comics (#1 Stray Bullets, plus anyone remember Hard Looks?); best Dan Clowes graphic novels (shelved because I like Ghost World so much and always have a hard time getting through David Boring); Best Jim Thompson and Best Elmore Leonard novels (After Dark, My Sweet and Rum Punch, respectively); Best MST3K Episodes (Beatniks); Best Nerd Bands (Man...Or Astroman? end of list). And a list of the six best webcomics, but really who has time for that? 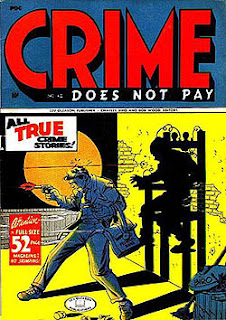 There was a set of ideas that I filed away as "essays," though I never planned for them to exceed 750 words. Basically these were just random thoughts that I imagined could make for good blog posts. I had ideas about historical research into crime comics and the black-and-white boom of the eighties (which would have been another excuse to dig into the longboxes, as three-for-a-dollar bins were full of funny animal comics during the late eighties). I planned to a series of posts about terrorists in post-9/11 comics, books, and films (when did Marvel start calling villains "terrorists"?). I planned to write a reflective post on my experiences as a post-collector, but who wants to read about a guy who stopped buying old pulp magazines and 7 inch records because he decided to pursue a PhD and embrace abject poverty? All good ideas. And there's a very good reason that none of these got written: They require a lot of work. And I have nothing to say. 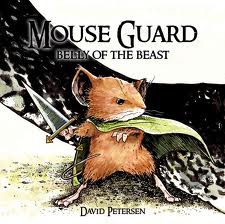 Group blogs work best when everyone has a specialty, an individual identity. My planned identity was to be the "alternative comics guy." Or something like that. Basically, the guy who reviews non-superhero comics. This is, after all, what I know. But then I let my manic tendencies get the best of me. I started writing weekly reviews of Breaking Bad and arguing about Marvel crossover events. And when the G suggested that I begin reviewing neo-pulp fiction, I jumped at the chance to get free stuff. And it turns out that publishers will send you books to review. Lots of them. Now I have a backlog of crime fiction to read and review, but I don't ever get around to cracking these books open because I just started reading Mouse Guard. And I'm finally getting around to finishing Tricked. And I haven't been to Meltdown or checked out Thank You Comics since I got back. And I don't want to piss off Max Allan Collins again. The moral of the story kids: Don't try to be something you ain't. Read comics.

1. Microwreview: Hobo With A Shotgun
Though it was by no means a good film, it delivered what it promised: a hobo with a shotgun.