The Dark Knight Returns...to the XBox 360 To call Batman: Arkham City the Game of the Year when it came out within a month of Skyrim might be a bit of a stretch, but it is a fantastically constructed masterpiece that certainly deserves to be in the running, if not the all-around winner. The Game of the Year Edition includes two extra story lines that weren't in the original release. There is a Catwoman plotline that runs concurrent to the main campaign. It also includes Harley Quinn's Revenge, an add-on that takes place two weeks after the events of Arkham City. Finally, it includes challenge maps that allow players to take on the persona of Nightwing, the original Robin, Dick Grayson. All in all, the Game of the Year Edition is well worth the sixty bucks I dropped on it and I'm glad I was too busy to buy the game when it first came out, mainly because it's so good I likely would have purchased every last piece of downloadable content (DLC), costing me well over a hundred dollars.

We'll start with the main campaign and work our way through all of the Game of the Year extras.

Who's brilliant idea was this? 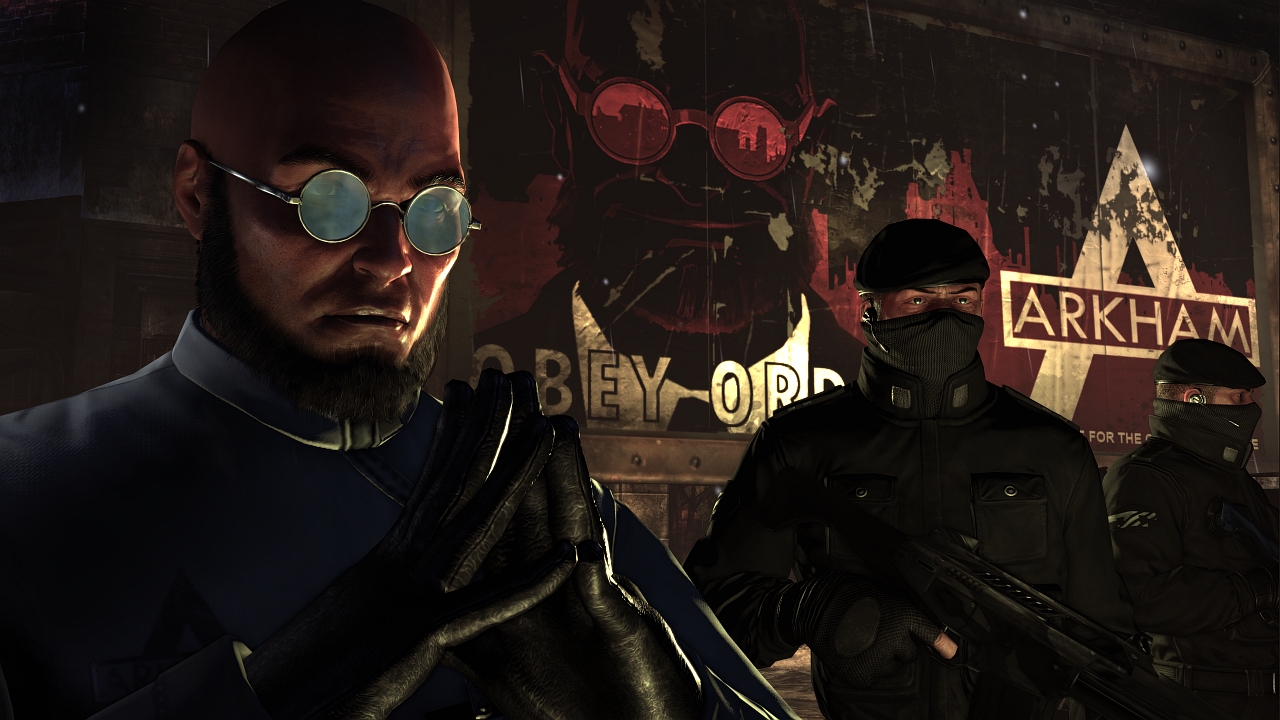 Somehow, Dr. Strange has convinced the politicians in Gotham that moving Arkham Asylum to the heart of the city is a good plan. To everyone's surprise that has never read a Batman comic or seen a single movie, things didn't work out so well. Of course, the inmates end up running the asylum and Batman has to straighten things out. The game starts with Bruce Wayne haranguing the politicians who let this nightmare go forward. He is quickly taken down by Strange's security force and spirited away into Arkham. In a not-so-strange twist, Wayne is able to escape from the hapless goons who are guarding him and retrieve his Batgear from Alfred, making the gamer free to soar above the streets of Gotham.

Without giving too much away, I'll say that many of your favorite of Batman's nemeses are here: Two Face, the Joker, Dr. Strange, Penguin, Dr. Freeze, Solomon Grundy, and Ra's and Talia al Ghul. There are two major stories running simultaneously in the game. The first is Dr. Strange's mysterious Protocol 10. The second is the fact that Joker is slowly dying from Titan and he has infected Batman in order to force him to find a cure for them both. Protocal 10 is Strange's misguided plan to become a hero to Gotham. He's gathered all of Gotham's worst under his control so he can murder them, thereby surpassing Batman as the city's greatest crime fighter, nevermind that I'm pretty sure it's illegal for doctors to massacre an entire hospital's worth of patients under their care.

Without giving any more away, you can expect Batman to be his usual dualistic, yet eventually good self. The gameplay is so fun that, much like Skyrim, I found myself simply exploring the sandbox map for hours at a time, gliding and Bat-grappling my way around the open world in a nearly flawless control scheme. The combat system is simple enough that a relative noobie can finish the game without mastering it but deep enough for seasoned fighting game aficionados to enjoy throughout the 25-30 hour campaign. Nothing is more pleasing than flying in out of nowhere, dispatching a bad guy, then grappling away leaving the rest of the goons scratching their heads. They even brought out the classic, if slightly altered, "What are you, Batman?!" It had to be changed due to the character's inability to speak outside of cutscenes.

One of the major changes from the first Batman: Arkham game is the ability to play from multiple characters' points of view. Not only are you the Dark Knight, but you play as Catwoman, Robin, and Nightwing. The first two get their own stories while the third is just available for challenge maps. Since her 4-part series is smaller than the main campaign, it makes sense that Catwoman can't be leveled up as much as Batman. Still, that was a glaring omission when you were able to spend your points on either character (I didn't drop a single point on Catwoman). When starting Harley Quinn's Revenge as Robin, I was also sorry to discover that he couldn't be improved at all through leveling. They included a bunch of new gadgets for each character which were fun to try out, but after all of Batman's potential improvements, it left these two characters feeling a bit flat. 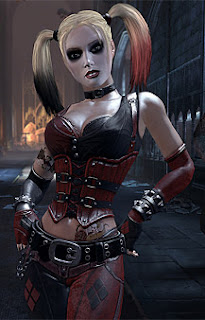 That said, these two additional story lines didn't feel like add-ons like some of the bad Fallout DLC.  What was that one in the snow from WWII all about? Anyway, they felt like they were planned from the initial phases of game development rather than tacked on to make a few extra bucks after a successful release. One reason this is likely true is that the Catwoman scenes are interspersed between Batman portions. You can play them as their own separate story, back-to-back, but the Game of the Year Edition automatically drops them into the game at appropriate points. Harley Quinn's Revenge did have the feel of a re-hash of the final assault on Joker's compound because many of the same enemies were in the same places (I'm looking at you, snipers!) and you're infiltrating the same building. Other than that part, and it only lasted a few minutes, Harley Quinn's Revenge felt like another chapter that was there from the start, designed to be part of the game from Day One.

Like Batman: Arkham Asylum, this game had me completely enthralled while I was playing it, then I pretty much forgot about it a week later. I would chalk this up to a serviceable, if not spectacular story line. It's got to be tough trying to work six boss fights into a plot without making it look like you're trying to cram six boss fights into a plot, so I'll give them a pass. The story was as dark as some of the best Batman work, but it was the gameplay that really made this one shine. There's a reason this won many Game of the Year awards and is the eighth highest ranked XBox game this generation. If you're a Batman fan, or just a fan of well-produced games, give this one a shot. You won't be disappointed on either front.

Bonuses: +1 for the combat and movement mechanics. The gadgets were fun, but what I really enjoyed was fighting and maneuvering from rooftop to rooftop undetected.

Penalties: -1 For charging those poor kids for all that DLC. I enjoyed the extras, but I don't think they were worth fifty bucks. Thank you, GotY Edition!