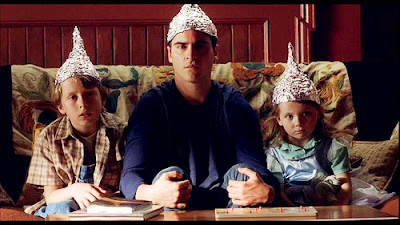 Last time, I discussed Enclosed Versus Exposed horror and how these often are styles that define a larger category of horror—Private Versus Global. So this time, I’ll be tackling this larger category. Here’s how I described it in the previous post: “In the first category divide, we have stories that are personal terrors versus globalized ones—ie a haunted house would be a personal terror and a zombie pandemic would be a global one.” This is based on the scale of the horror being unleashed—ie personal usually affects one person, or at most, a small group of people and is usually contained to a smaller area. Whereas global, as its term would suggest, affects a larger group of people and area. These terms are mostly important to delineate between the two sides of horror so that we can consider how and why people are being affected within them and why that changes the dynamics of the horror itself.

In private horror, the horrors themselves often are symbolic of personal emotions—in The Descent, the claustrophobia and violence embodies the main character’s grief, for example. In The Sixth Sense, the ghosts might be representative of the way that children learn empathy and often carry the burdens of others in ways that are often invisible to the adults around them.

In global horror, the horrors are often symbolic of larger societal concerns—zombies might be are fear of other people or of disease, AI running rampant and overthrowing their creators is emblematic of our fear of technology. One interesting aspect of Global Horror, though, is that it often shifts into Private Horror. In the film Signs we start with worldwide terrors of alien invasion, but the story is essentially a film about family and how the familial bonds can protect us from disaster (a common theme in Global Horror). This makes sense because if we’re willing to risk everything to protect someone or to survive for someone, it makes sense when that someone is our loved ones. Ultimately, Global Horror is often telling us: you can survive even these horrors if you keep your loved ones close to you (whether literally or metaphorically).

This comes in a sharp contrast to Private Horror, in which the protagonists are often consumed by whatever personal horror the film (or book’s) horror is representing: your grief, your guilt, your crushing sense of loss, are things you can try to fight through but don’t always make it out from. Recently, in The Ritual the film seems to circle around the idea that the intertwined horrors of grief and guilt are only conquerable if you are willing to fight like hell and, likewise, to hurt like hell.

What might this be saying about how we perceive of horror? Are our personal demons always going to be stronger than our societal fears? Is the truest horror, the one you get when you look inwards rather than outwards?
Posted by Chloe N. Clark at 5:00:00 AM