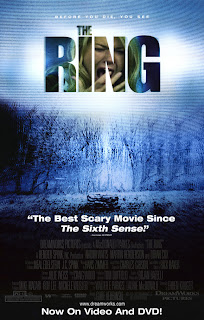 What do you dread? How does dread build inside you as you’re thinking about it? It’s that sinking feeling in your stomach, the rising of your heart rate, the way your thoughts begin to fire too rapidly as everything else slows down around you. Dread in horror is a key feature to terrifying an audience—be it reader, viewer, or player. Dread is built in various ways for different mediums: movies may use visual clues of repetition, video games might use escalating sound effects, and books often use deliberate pacing through paragraph breaks.

In scary stories, from our childhoods, dread is often built through repetition that we know will eventually bring something bad: the sayings in variants of the Mr. Fox/ Bluebeard stories of “Be Bold,” then “Be Bold, Be Bold,” before “Be Bold, Be Bold, But Not Too Bold, Lest Your Hearts Blood Run Cold.” It’s the campfire buildup of someone knock, knocking on a door, before shouting the last phrase so that everyone jumps. We find dread in patterns, because fairy tales have taught us to pay attention to patterns. In The Ring, for example, we know there’s a pattern set in place from the very beginning: watch the video, get the phone call telling you “Seven days,” have increasingly creepy events happen to you going through the next week, and then your TVs pop on and a creepy, demon girl comes to collect you. Not fun. The movie starts by showing us the end of this pattern for one unlucky victim, so that we’re already prepared for what’s to come—we know the pattern and so we can dread it. The film then highlights the patter, not only by counting down the days, but also with visual cues (screens—Tv or computer monitors-- are in a lot of scenes, visual elements from the video appear throughout the film, etc). This slow delay of the pattern, with end results we know are going to be horrific, is one way that films can successfully build a feeling of dread.

Another way is the slow build-up of creepiness through use of tiny visual and audio elements. I remember first watching The Orphanage and becoming so dread-filled that when there’s a banging sound near the end of the film, I probably jumped about three feet in the air. The film uses some, rare, jumpscares, but more effective in creating such dread-filled tension are its uses of small creepy elements—sounds that are just a little off, things flickering in the corners of our eyes.

The slow build-up to dread is almost even more effective in literature, where we have our minds as readers filling in the horrible blanks for us. I recently wrote, at Ploughshares, about the uses of dread in two stories, “The Night Piece” by Andre Alexis and “Sacken” by China Mieville. What I talked about was how each of those pieces used deliberate paragraph break pacing in order to sustain and build dread. In “Sacken,” Mieville makes use of several one to two short sentence paragraphs to force the reader into a pattern of reading that increases the tension leading up to the reveal (paragraph breaks are denoted here by slashes): ““Something was on the floor./ A darkness. A gross misshape. / Something huge and wrong and wet. / It blocked her way./ Mel’s throat closed. The new thing in the room dripped.”

In videogames dread is often built through ambience and sound. In Silent Hill 2 (WHICH WAS A MASTERPIECE), the main character walks through a fog cloaked town. A sign that nasty things are coming through the fog is the use of a radio whose static increases as things approach. When the sight line is diminished, the increasing static tells the player to prepare. Every blip of static, after the first time this effect is deployed, sends the player into a dread-filled panic. This panic often decreases the players chance of survival because we aren’t thinking as clearly which then reinforces the dread of the static.

Dread, ultimately is one of the best ways to build horror. It’s the difference between a jump scare which has an immediate tension and release and the feeling of horror that clings to you long after the film itself is over. Slasher movies tend to fall into jump scares, while dread is something more akin to a movie like The Ring (which bothered me for days afterwards). Dread when done right builds to an impossible tension level. I think of it as the typical plot chart of rising action, except it’s the rising dread that makes the viewer so unnerved that every moment become a terrifying expectation. Movies that utilize dread are often one’s talking about more universal conditions: The Orphanage’s horror is loss and the traumas of childhood, The Ring warns us against what we’re willing to do in the face of horror. I’ll return to my opening question: what do you dread? And how well has that feeling been conveyed through artistic mediums?
Posted by Chloe N. Clark at 12:00:00 AM