Yesterday was an eventful open to what will be another exhausting experience at San Diego Comic Con.  Hop Con once again delivered a wide variety of tasty beverages and delicious food a short hop from the madness of the convention.  Last week I focused primarily on the happenings inside the convention center, but this week I thought I would highlight three off-site locations that can be enjoyed without a badge.

Nerd HQ:
The Nerd HQ is returning to the children's museum located right across the street from the convention center.  What started as a small off-site event put together by Zachary Levi to provide fans with an intimate experience at SDCC that would raise money for charity, has grown into one of the hottest off-site events in San Diego.  The Nerd HQ features a number of panels throughout the convention with the opportunity to play some video games, snag photo ops with celebrities, and raise money for Operation Smile.  I will be attending the Nathan Fillion panel on Friday and am curious what surprises the Nerd HQ will bring this year. 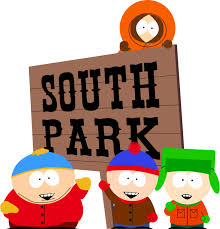 South Park 20th Anniversary:
Has it really been 20 years since the debut of South Park?  I never imagined the type of cultural impact this show would have, but Matt Stone and Trey Parker have done a remarkable job using this crudely animated show as an effective means of social commentary.  To celebrate 20 years fans can enjoy a sculpture garden inspired by the show and immerse themselves in the world of South Park. It is going to be at the Martin Luther King, Jr. Promenade and looks amazing!

Game of Thrones:
The Game of Thrones is setting up shop across from the Omni and are delivering fans the chance to check out the Hall of Faces.  The first 500 attendees each day get a Funko Pop and an exclusive poster and fans should have the opportunity to upload their picture to become No One and have their face featured with the others who have done the same.  The Iron Throne will likely be there again as the Game of Thrones off-site has become a staple in the Gas Lamp.