11 Tips for Surviving Our Current Dystopia

Congratulations, Friends! Social, economic, political, and environmental forces have all coalesced to form the dystopia we've long been promised in the pages of science fiction...and we got here without even a nuclear apocalypse! Imagine how messy THAT would've been.

Although, to be fair, Friends, a nuclear apocalypse would've been at least a clear punctuation mark, indicating that the following clause would be dystopian in nature. As it happened, though, we sort of slid into our dystopia sideways, and not everybody realized what was happening. But now that it's here — and it's certainly here, Friends — here are some handy tips for making it through these turbulent times unscathed.

1. Don't Pay Too Much Attention 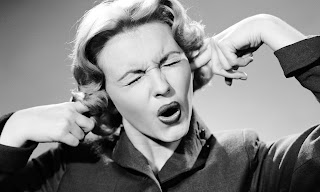 Dystopian science fiction from 1984 to Snow Crash to Hunger Games tells stories about the one marginalized person who recognized that things were not as they should be, and made noise about it. The subtle lesson here is found on the other side of the coin: The majority of people didn't realize how terrible everything was, and the few that did mostly just bit their tongues. They were happy in their ignorance until one person looked around and said, "Wait a second...!" Friends, don't be that person. 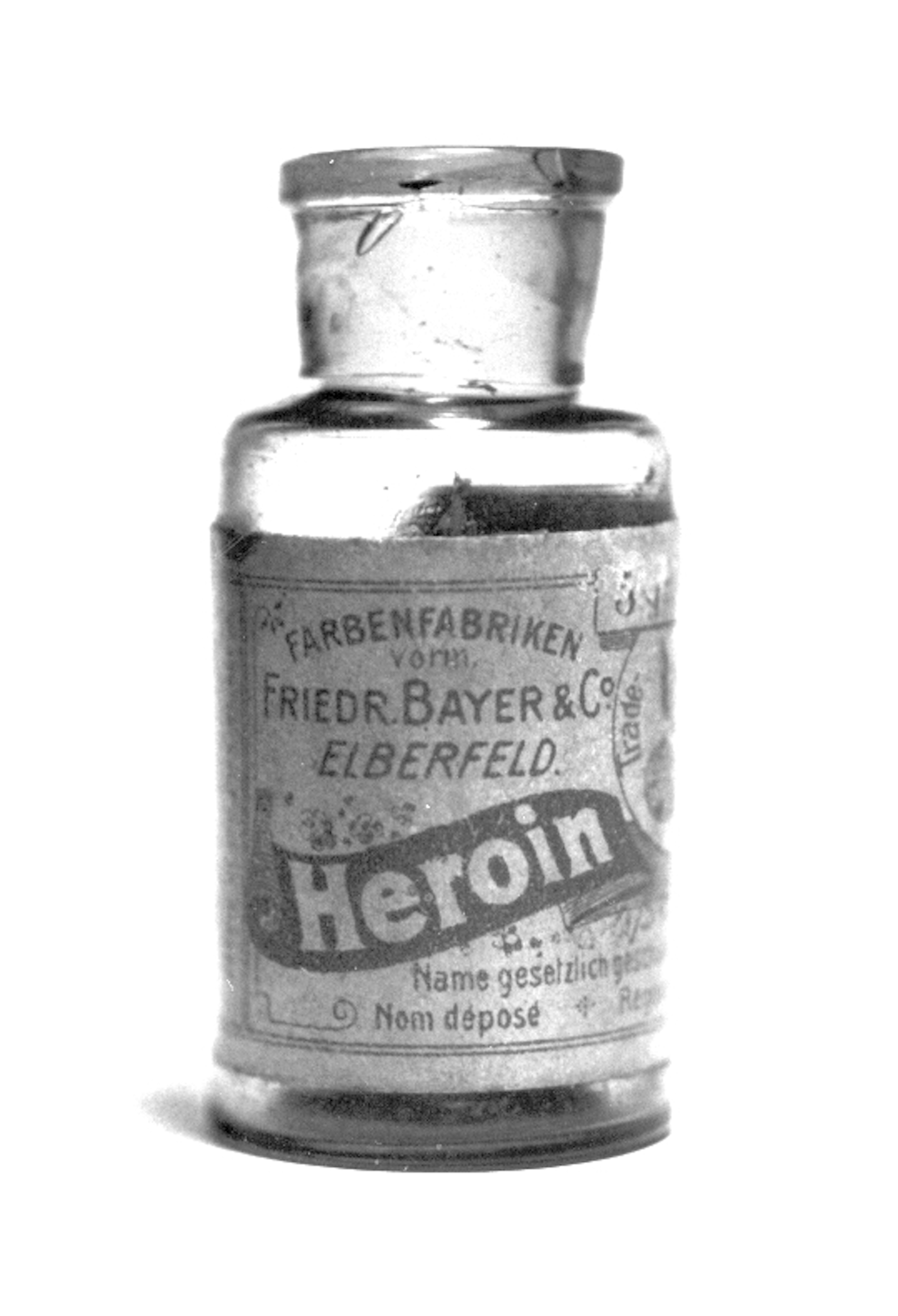 Aldous Huxley was quick to point out the benefits of being zonked out of your mind to help ease any friction you may feel with your small role in the larger dystopia. We are lucky, Friends, to have so many readily available methods for self-medication, then. Our doctors are willing to prescribe us opium in pill form in staggering numbers all while we laugh about how heroin used to be sold in drugstores. Is there anything those old-timey simpletons wouldn't do?! But do make sure you only take the drugs that are most profitable for Wall Street. Getting caught with illegal drugs is one of the surest ways to come face-to-face with the dark heart of our current dystopia.

3. Get Really Angry (About Things that Aren't so Important)

A few sessions back, the Supreme Court declared that money is speech, and the only way for corporations, who are people without mouths, to speak is by shoving fistfuls of money into the pockets of politicians at every level of government. They also ruled that generic pharmaceutical companies can't be held liable when their drugs cripple and debilitate patients prescribed them, meaning patients harmed by any of the 80% of drugs sold in the United States have no legal recourse at all. This is scary stuff, so you'd be far better served by ignoring or downplaying it all, and instead getting very, very angry about the President saluting a Marine while holding a coffee cup. 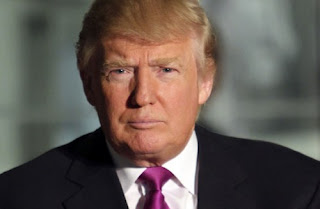 Friends, remember how rough it was to have kids in school accuse you of being smart? You know, the famous mantras in 1984 made pretty good sense as long as you didn't think about them. War is Peace. Freedom is Slavery. Ignorance is Strength. That last one is the most important to remember these days. As scientific consensus solidifies behind the idea that some of the most destructive things humans do to the planet and each other are also stunningly profitable, it would seem disingenuous if the only people attempting to refute these findings were the ones making that money. Friends, we're never going to see any of those profits. Not as wage growth, and not as corporate-tax-funded government services, but these companies need our help! The more of us that weigh in loudly, even angrily (see #3, above), on their side, the more credible their arguments will sound. There are a number of news outlets that will even remind you what to say, if you forget.

5. Read More Articles Like This, With Numbered Lists of Things 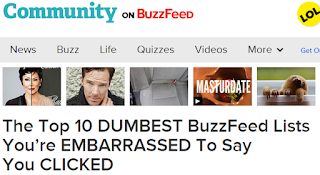 Try to stay plugged in to what people are talking about, especially if you can keep it at the most superficial level possible. Everybody needs a mental break from time to time, but you're going to want to really go the extra mile on this. Remember, every article you read about a bachelor and/or bachelorette is time you could have spent learning. And nobody at the top wants that.

6. Make Sure All Naked Selfies Include the American Flag 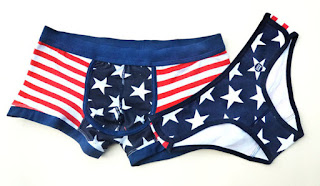 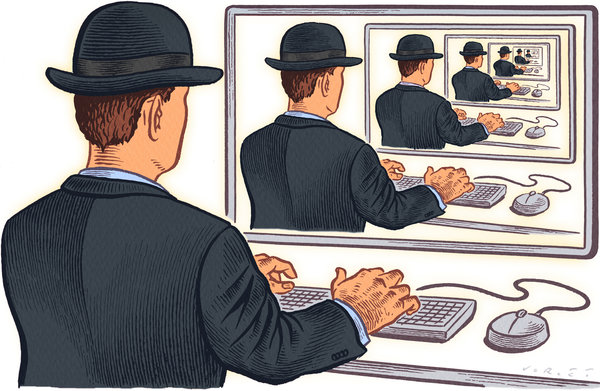 Friends, the best way to ward off that "Wait a second...!" moment (see #1, above) is groupthink. Groupthink is really the best way to isolate yourself from any ideas that may challenge your own or illuminate an aspect of society you weren't previously acquainted with. So make sure you surround yourself, both in real life and on social media, with people who have similar backgrounds, tastes, views, values, ethnicity, age, and income as yourself. It's much easier to blame a faceless "other" for so many of our problems if we don't actually know anything about them. 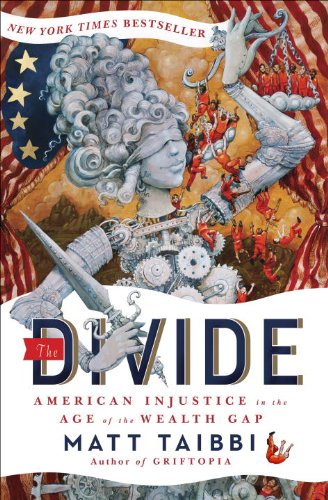 Being poor is one of the fastest ways to come into contact with the most dystopian structures and contradictions in our present moment. And Friends, once you're poor, there are lots of systems in place to make sure it's very, very hard for you to stop being poor. So best to avoid it altogether if you can. There is a big difference between simply not being poor and being wealthy. You will certainly have the best and easiest time in today's oligarchical landscape if you can afford to simply write the laws you want. Really, this is the best overall tactic for success and wild fashion experimentation in the years to come.

10. Be Totally Cool with Surveillance, and Report Your Own Activities as Much as Possible

If you're not doing anything wrong, then what's the harm in having all of your activities monitored? If the definition of "doing something wrong" changes, you may or may not be notified and given the chance to opt-out. So no need to worry. Also, there are some very good reasons to use your credit cards as much as possible and leave location data embedded in all the photos you post to Instagram. If you are ever wrongfully accused of a crime and those electronic records can provide an alibi, for instance. But there are other good reasons, too, like making it easier for any organization that wants to buy the data to find out where you are at all times and what you're doing and who you're with and what type of lipstick would go best with the dress you just took a selfie of yourself wearing and where the closest store to buy some is. Everybody was so frightened of Big Brother for so long, and then when it ultimately showed up, Big Brother was Soylent Green, and everybody was cool with that.

Oh, and Soylent Green is people. 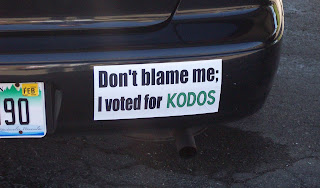 Voting is fun, sure, and you get the nice sticker. But, Friends, the fewer people who are able to do it, the better. That's how our glorious dystopia got here, and how it will sustain itself.
Posted by vkotrla at 12:00:00 AM