The good folks at Travel Planners deserve some sort of medal.  On Tuesday, what the nerds are referring to as Hotelpocalypse went down.  At 9am PST the doors opened up as thousands of hopeful Comic Con attendees rushed to fill out their forms and determine their fate on a combination of speed and hotel rankings.  As with most things associated with SDCC, there were some glitches given the traffic to the hotel reservation website.  Nothing crazy, but you don't want to upset nerds when it comes to SDCC.  Despite having some issues, and dealing with them swiftly and fairly, the kindly folk at Travel Planners proudly provide their contact info (which seems to be rare these days) and allow you to converse with an actual human.  I would guess that if you are calling Travel Planners about your hotel reservation for Comic Con that you are not a happy camper.  Despite this, they put up with the complaints, respond quickly to questions, and really should be commended.  Well done Travel Planners.  My hat is off to you all. 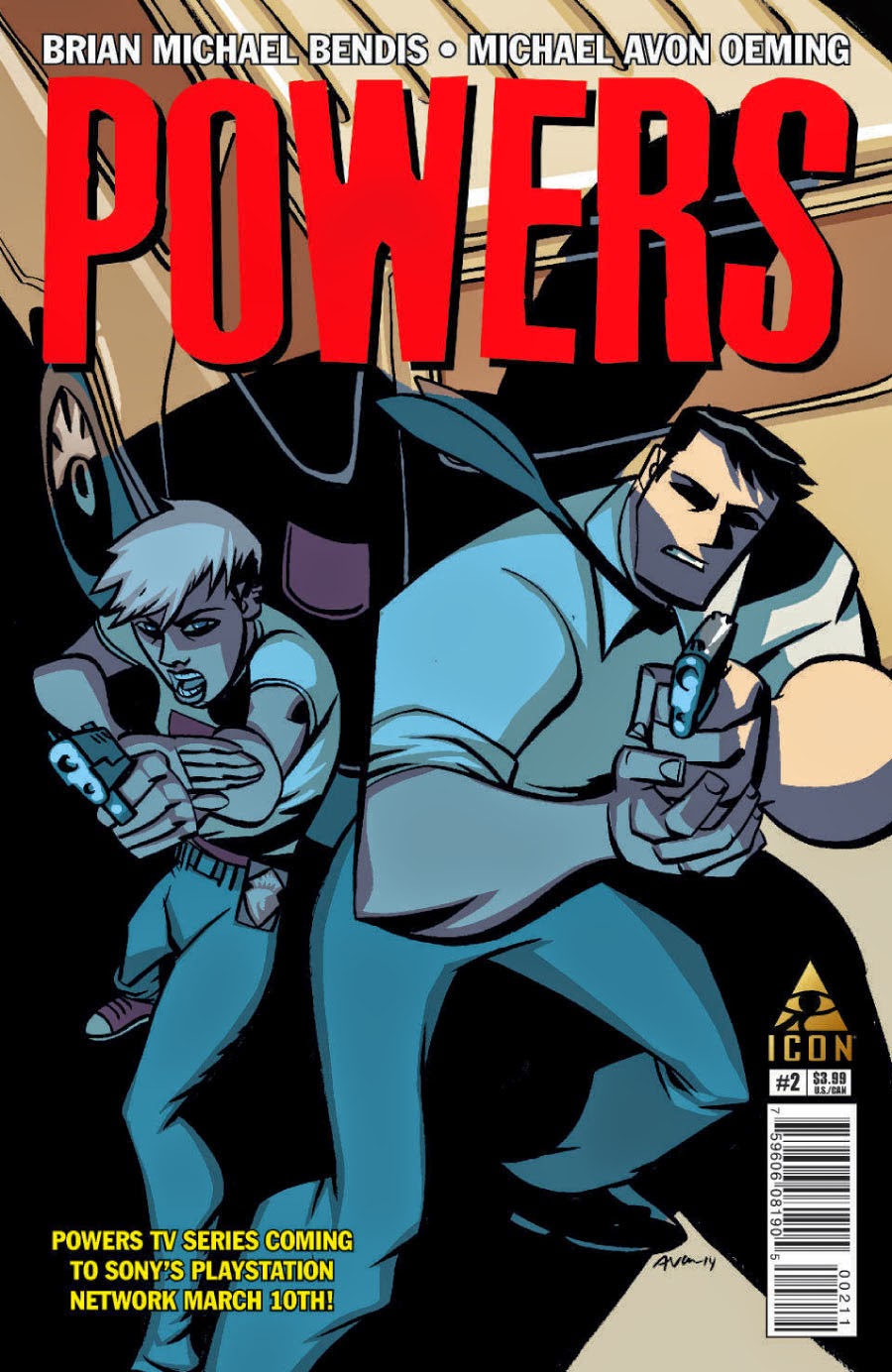 Pick of the Week:
Powers #2 - I am very happy that this series has returned and feel that the creative duo of Brian Michael Bendis and Michael Avon Oeming are among the best in the business.  Pilgrim's investigation hits a surprising dead end and Walker's lifestyle seems to be catching up with him.  For whatever reason I feel that Walker will regain his powers and assume his old role of Diamond.   That would be an interesting twist.

The Rest:
Jem and the Holograms #1 - Jem is back.  Not in pog form, but in comic book form and it is truly outrageous.  I will admit that I didn't grow up watching Jem, but I married a hip lady who introduced me to the 80's cartoon and we have since introduced it to our children.  I am far from an old school fan, but I know a bit about Jem.  The comic is a new origin story to how Jem meets Synergy and transforms from Jerrica to Jem.  There doesn't appear to be an orphanage in need of funding, but it looks like we will meet the Misfits in issue #2 and this should be a fun nostalgic trip for fans.

Darth Vader #3 - Lord Vader needs some help to carry out his secret mission under the radar of the Emperor.  He enlists the help of Dr. Aphra, who seems like a female version of Han Solo and Star Lord.  She is definitely someone to keep an eye on and possibly someone Vader shouldn't so blindly trust.  It isn't quite clear why Vader has gone through such effort to recruit someone like her, but it does make for an interesting read.

Skylanders #7 - Early on in this series a mysterious fairy named Calliope has been draining Skylanders of their power.  Despite a good amount of fluff in each issue, which my son loves, this story arc is by far the most intriguing.  It turns out that Calliope was being manipulated by a more powerful being who we should meet in issue #8.  Must read material for Skylanders fans and a great all-ages comic that improves with each issue.