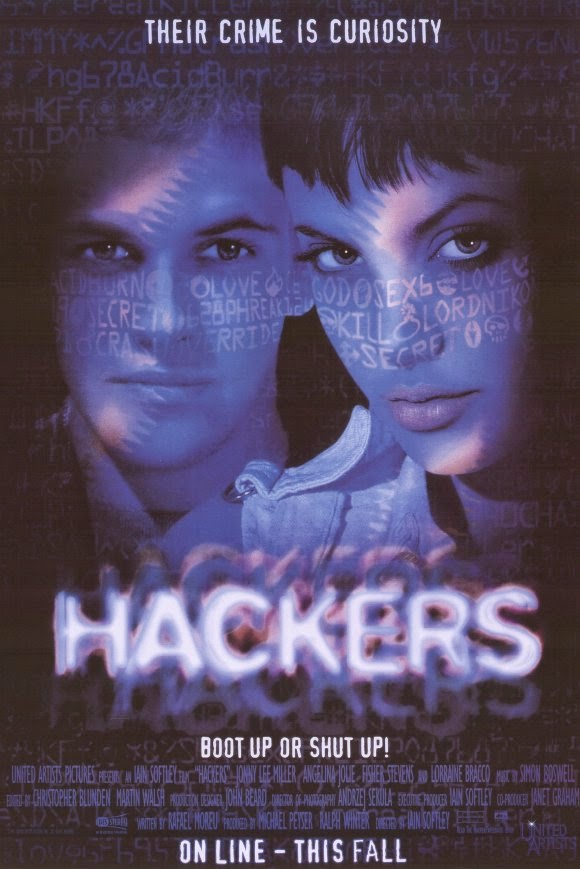 Executive Summary: An 11 year old white suburban boy, alias Zero Cool, is detained by the secret service and charged with spreading a malicious computer virus that effected over 1,500 systems and single handedly crashed the stock market. He is sentence to spend the rest of adolescence banned from owning or using a computer or touch tone phone. Seven years later and legally allowed to use a computer again, Zero Cool and his group of similarly minded friends find themselves at the center of a conspiracy to launch a dangerous virus, one that would wreak ecological havoc, and one that they must use their elite skills to thwart.

High-Tech: Pretty much all real tech (which was high tech at the time) like pagers, laptops with active matrix screens, virtual reality, and 3 ½” floppy discs; and then the fictional Gibson super computer.

Low-Life: Lower middle class teens in NYC is about as low-life as we get here. Their apartments may be small and Cereal Killer may prefer to crash at other people’s places rather than with his parents, but no one is on the street or in a bad neighborhood. Plus, all these kids have pretty sophisticated technology at their fingertips, with no indication that it was stolen (i.e., can afford computers at a time when home ownership was not common and laptops were bricks).

Dark Times: Again, times are about as dark in 1995 Hackers NYC as they are in 2015 real world NYC, with corporate extortion and the threat/fear of government surveillance.

Legacy: Hackers’ legacy lives on in its status as a cult classic, inspired by the Hacker Manifesto and produced at a time when Google was but a twinkle in the eye. But despite the rapid advancement of technology over the past 20 years, the central tenant of Hackers is still very relevant today. We (as in the royal) hack for fun because we’re bored and too smart for our own good, hack to create fear because we’re bored and too smart for our own good and want money, and hack for revolution because we’re just plain bad ass. Also, anonymity is equally as hard obtain today as it was at the time this film was made. In the immortal words of the aptly named Emmanuel “Cereal Killer” Goldstein: 1984? Yeah right, man. That's a typo. Orwell is here now. He's livin' large.

In Retrospect: This film is still fun to watch today, despite the outdated technology. Hackers has that 90’s nostalgia that I love and it reminds us how rapidly technology evolved over the past 20 years. It's nice to remember how far NYC has come too, since as any East Coaster knows, it was pretty grimy in the 90's. Then of course, there is the inclusion of early career Angelia Jolie, which instantly make any movie 10x more awesome.

But Hackers' rewatch value may lie solely in the nostalgia factor. I am curious as to how the film is received by someone on the younger end of this generation. Someone who perhaps doesn't remember how cool beepers were or how mysterious the internet was... or how boldly the World Trade Center defined the NYC skyline.

POSTED BY: Tia  90's nostalgic and Nerds of a Feather contributor since 2014