CYBERPUNK REVISITED: Ghost in the Shell 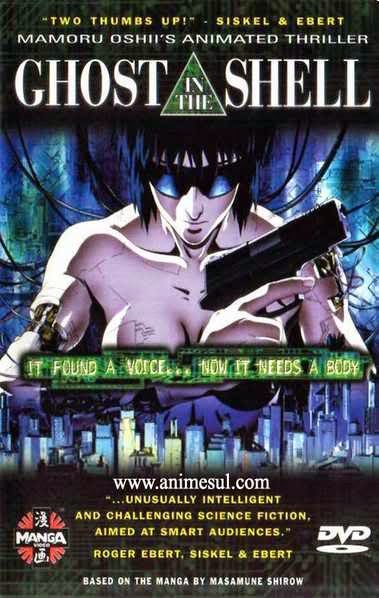 Executive Summary: It is the year 2029. Japanese Major Kusanagi Motoko of Public Security Section 9 is assigned a near impossible task: her group is seeking to track down the so-called Puppet Master, one of the most dangerous cybercriminals the world has produced. Kusanagi's quest brings Section 9 into contact with another governmental group, Section 6, which is also tracking down the Puppet Master, to unknown ends. As they pursue the Puppet Master, Kusanagi's group uncovers the mysterious Project 2501, which Section 6 claims was created to catch the Puppet Master... but the project had begun one year before the Puppet Master's appearance. The trail gradually leads Kusanagi toward an important choice, one that could have grave implications for herself, humanity, and the future of the net.

High-Tech: The most important technologies in Ghost in the Shell are cybernetic. Of them, the central technology is the cybernetic brain (or cyberbrain), which both contains an artificially enhanced brain and allows it to interface with a wide variety of technologies on the net. Implants within the cyberbrain allow the brain to maintain a connection with computer networks or even other individuals (think of this as a precursor to The Matrix). Moreover, the protective casing of the cyberbrain can even be physically transferred to another body in times of emergency.

A host of technologies complement the cyberbrain, and allow people to engage in a wide variety of enhancements. At the most minimal level, the brain is retrofitted with a plug-based interface, allowing for external memory and wireless communication. At the most extreme level, full cyberization is available as well. Yet these technologies have a significant drawback: they create the possibility of "ghost hacking," where someone's cyberbrain can be wiped and replaced with new memories. This is the primary weapon of the Puppet Master, who ghost hacks unknowing victims.

Low-Life: Japan has emerged as one of the world's foremost societies, and its people have a higher standard of living than the rest of the world. That said, there is still a dark and grimy aspect to society, with a harsh difference between the consumerist upper class and the dark and poor underbelly of city life. The lower-rungs of society in this movie exist solely as objects of the Puppet Master's ghost hacks.

Dark Times: Technological advancements have led to problematic developments. Reliance on jacking into the net means that people can have their memories wiped with impunity, and nations and races will fight for programmers who can create or wield these devastating technologies.

In Retrospect: I had expected, when re-watching Ghost in the Shell, to find a charming yet deeply flawed movie that had captivated me nearly 20 years ago. Boy was I wrong. Although the animation is hopelessly outdated and at times the language feels a bit stilted, this movie was hugely influential for a reason. It is a true gem, in multiple ways. It de-centers notions of static gender roles, and provides a more interesting take on gender than most movies do today. And it asks the all-important questions of "what does it mean to be human?" and "what does it mean to have a soul?" That's a heavy role for a relatively short (82-minute) animated movie.