It is hard to believe that the anxiety, excitement, and frustration of Comic Con is already beginning to unfold.  This past week was open registration, which saw dreams made and hopes dashed simultaneously.  Congrats to those who secured passes, but to those that didn't, don't feel sad.  If you really want to experience SDCC, you may do so in the Gaslamp with the plethora of offsite activities.  If you are just hankering for a convention, I would suggest C2E2 in Chicago.  It is one of the bigger comic book conventions and always has an amazing lineup, but it is approachable and an absolute blast.  My only request is that you don't complain about an unfair system or get angry at the folks behind the scenes.  No system is perfect and everyone is acting with good intentions.  It's just rough when demand outranks supply by such a wide margin. 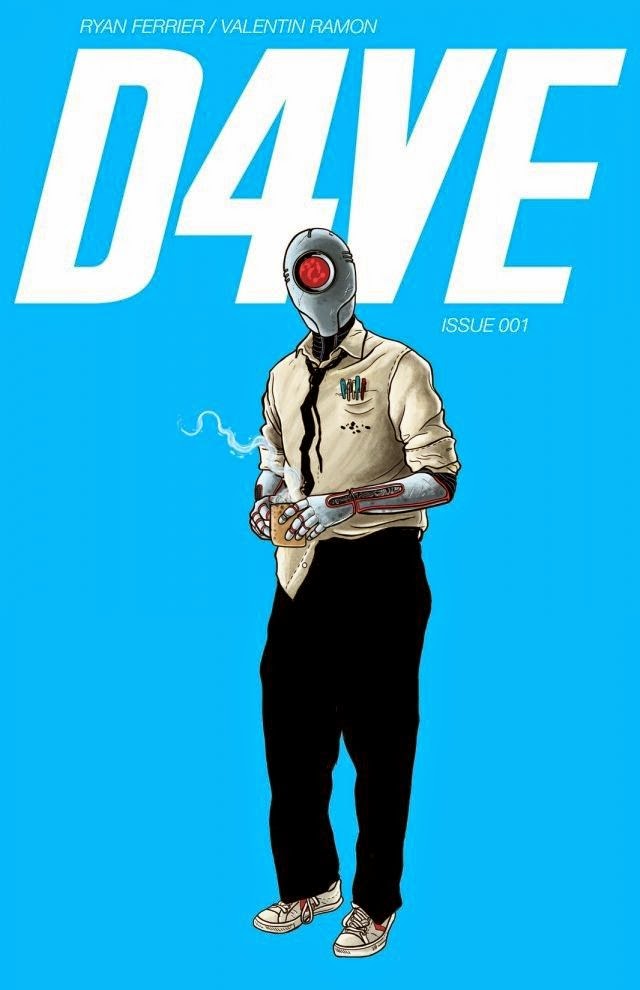 Pick of the Week:
D4VE #1 - A little over a year ago I reviewed a fabulous digital comic from the good folk at MonkeyBrain Comics.  It pleases me that IDW is bringing this to the masses and I hope it can enjoy a wider audience.  It is your basic story.  Man creates robots, robots kill man, robots kill all living things in the universe, robots mimics man and lives a dull and mundane existence.  In the first issue we learn about D4VE, a former defense bot who has seen his life go from one of the heroes of all robot-kind, to working a dead end job and stuck in a loveless marriage.  Ryan Ferrier and Valentin Ramon deliver a fresh, humorous book with amazing visuals to go with it.  Small touches from hoodies that D4VE wears, to the complaint about forgetting to pick up oil from the convenience store on the way home may this book special.  I said it was a must read comic a year ago, and that holds true today.  It was great to revisit this title and I hope the sales reflect how freaking good this book is.

The Rest:
Chew #46 - Well, it wasn't a dream.  As crazy as this series is and the bizarre stuff that John Layman and Rob Guillory put in each issue, the heartbreak from issue #45 is real.  Things have reached a pretty depressing state in the Chew Universe and I am not sure how things will be undone.  While it appears Colby had good intentions for snapping Poyo's neck, Agent Chu is up a creek without a paddle.  Amazing that I can feel that way after reading an issue in which the Devil was fleeing from Poyo in Hell, there was a Swedish Fish battering ram, and we saw the return of D-Bear.  I'm not sure if Layman is a genius or if he is certifiably insane. 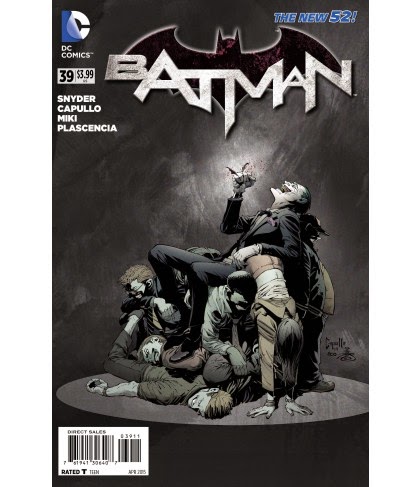 Batman #39 - Solid issue, but color me a bit underwhelmed.  The prospect of Batman returning to the Court of Owls was genius, but the actual meeting felt a bit flat.  I think we will learn more of the meeting next issue (I hope), but I was hoping for more.  Despite this, Batman has quite the scheme to attempt to extract blood from Joker's spine in an attempt to find a cure for what is plaguing Gotham.   Fun issue and I can't wait to see the conclusion of this arc, but not quite what I wanted.

Darth Vader #2 - Despite getting the business for his screw up on the Death Star, Vader is still Vader and is one conniving sun of a gun.  I never felt his character in the movies to be truly menacing or evil, but feel the comics provide a fresh take on him and really paint him in a new light.  I sound like a broken record, but I continue to be impressed with Marvel's ownership of this franchise.


POSTED BY MIKE N. aka Victor Domashev -- comic guy, proudly raising nerdy kids, and Nerds of a Feather contributor since 2012.
Posted by Mikey N at 3:30:00 AM