Microreview [book]: The Bands of Mourning, by Brandon Sanderson

The ultimate chimera, this book is a surpassquel: a sequel that surpasses the original! 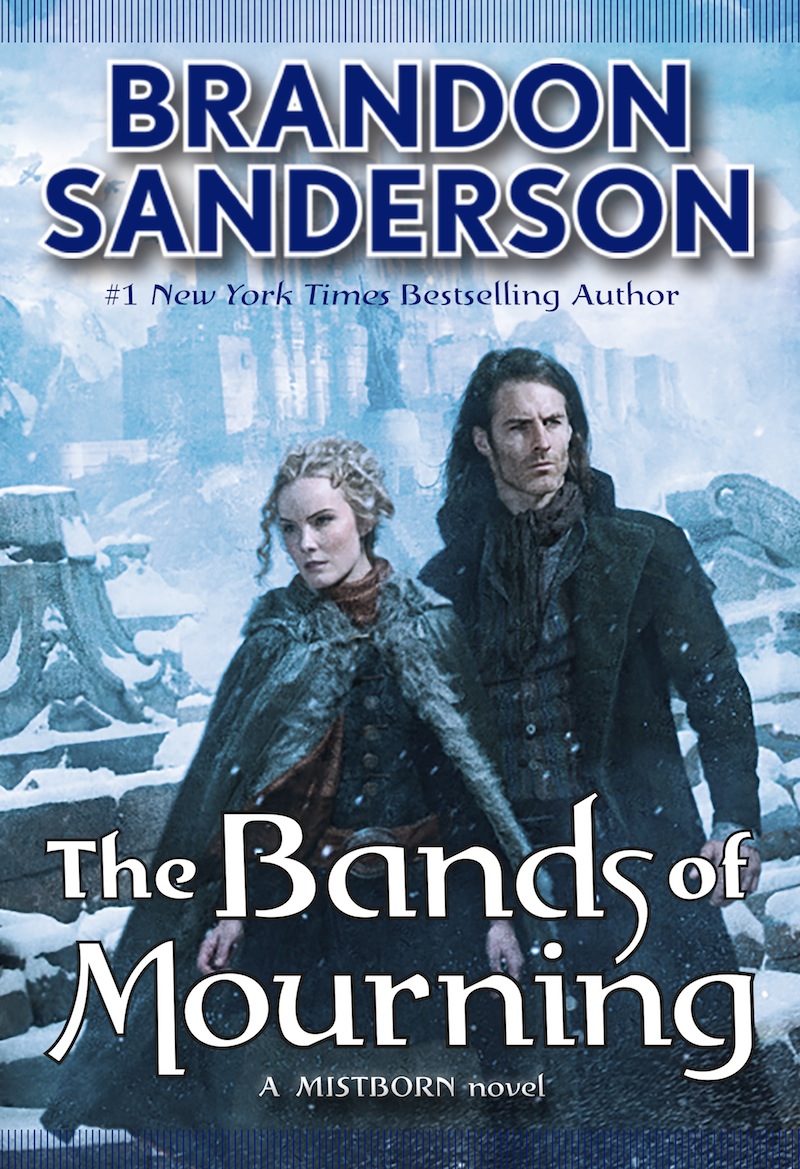 [Buy it here, or elsewhere, but whatever you do, be sure to read it!]

I’d thought it was just a myth, a story told to children before life beat all the creativity and optimism out of them. There’s no such thing as a surpassquel! How could there be? If the original sets out the narrative boundaries of the story, all subsequent iterations of the story must almost inevitably exist only within the confines of those boundaries. To put it mathematically, sequels are asymptotic—they can approach, but never hope to surpass, the greatness of the original. Plus, on the practical side, authors, for obvious reasons, tend to lead with their best foot forward, so to speak, and as a consequence, it’s exceedingly unlikely that an author would intentionally save his or her best idea for installment six—if the first effort doesn’t catch on, there won’t be any more, after all.

To bring the conversation back (or forward?) to Brandon "Branderson" Sanderson’s Mistborn series, I had even less reason to hope, since after the original Mistborn trilogy, centered around the peerless Vin, books four and five, while interesting and plenty entertaining, didn’t have quite the sparkle of the Vin era. Why hold out any hope that Branderson would find authorial magic on his third attempt at the Wax + Wayne (or wax and wane? Yin and yang?) formula?

Yet somehow…Branderson managed it. And I think I’ve figured out how.

I can’t say much without potentially spoiling the surprise, and in fact that’s part of the reason this sixth book in the Mistverse is so scintillatingly good: it’s basically a detective novel, full of twists and turns galore. But that’s not the main reason. You see, I had always thought the Wax&Wayne stories were especially unlikely to reach surpassquel status, because even within the diegesis, the mythology of Vin et al continues to overshadow the present. Kelsier has become the center of a vaguely Christian religion, while other characters we came to love in the first trilogy are similarly venerated, their real motivations poorly understood under the terrible weight of mythology.

It was an interesting decision for Branderson to let the original series loom so definitively over later stories set in the same world, but it was also, I reasoned, a brave/foolhardy one, since how can we admire this new cast of characters/situations if we—and they themselves!—know they are in every way inferior to the original band of heroes? Why, it would be almost as though someone made a fantastic trilogy of movies about a story of considerable pathos and gravitas, then decided to follow it with another trilogy set in the same world, but with waaaay less at stake, and try to pass it off as equally awe-inspiring (yes, I’m talking about you, Peter Jackson!).

But in The Bands of Mourning, Branderson has delivered a masterstroke (of the metaphorical pen) showing why this mythological feedback loop can work: 1) he’s found a way to connect the latter-day heroes with the legendary figures of the past, and 2) he’s also exploring, far more dramatically than ever before in the Mistverse, the potential that Allomancy itself might soon be superseded by technological progress…yet also showing how nope, Allomancers will continue to thrive with each new innovation. This sort of myth + technology mash-up felt less successful in the first two Wax and Wayne volumes, but here, it strikes just the right tone.

All in all, it is my considered opinion that The Bands of Mourning is Branderson’s finest work in the Mistborn series—and in fact, his finest work, period!

Bonuses: +1 for finding a way to bring the past into the present—and keep both past and present relevant despite the encroaching future; +1 for crafting an excellent mystery

Nerd coefficient: 9/10 “Very high quality—a standout in the series, and the genre itself.”


POSTED BY: Zhaoyun, long on a heretofore quixotic quest to find a surpassquel and regular contributor at Nerds of a Feather since 2013.