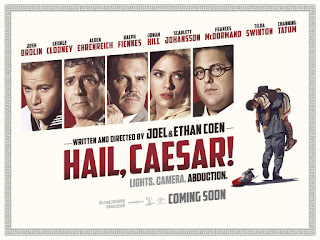 I love it for the movies, of course, but also the bigger-than-life personalities, the amazing contradictions it contained, the fact that it was essentially a stage magician manufacturing illusion, and the behind-the-curtain rigging that made it possible. I'm also fascinated, of course, by the lives it destroyed, and the seedy tabloid underbelly. But to be honest, I grow easily tired of that. Hollywood Babylon was enough; I didn't need Hollywood Babylon II and the rumors of Hollywood Babylon III. But people love to fixate on that. The current podcast You Must Remember This is a perfect example, telling some of the most grim and depressing, little-known stories from days of Hollywood gone by. I felt like I needed to take a shower after listening to the Gloria Grahame episode. I get it, though. After living in LA for over 10 years, and working in and around Hollywood, I recognize that it's an unfair system that pays out rewards at random, and somebody's whim on a Tuesday after a disappointing lunch can ruin somebody else's career or life.

It's easy to be cynical, and it's easy to find, and to tell, the stories that support that position.

It's harder to be what The Coen Brothers' new movie, Hail, Caesar! is: affectionate and funny. This is a movie with very, very low stakes. We're not what you'd call worried about the outcome. It's not full of what you might call narrative rigor. Yet, I found the movie utterly transfixing because it took all the things I love about old Hollywood and amplified them, and it took all the seedy, nasty stuff, and made jokes out of it. In the opening scene, when Josh Brolin's character secrets a starlet out of a bungalow at 5 am on a rainy night and pays hush money to cops, you know that in the real version of that story, the starlet was making porn movies or worse. In this version, she's dressed in some kind of lederhosen and churning butter.

I got a lot of the in-jokes, and the (not so) veiled references to real people, but I felt like for every one I got, five more went past in the background. People will write books about the references hidden in this movie. Hail, Caesar! does with old Hollywood what The Big Lebowski did with 1940s noir pictures. The casting was amazing, as in most everything the Coens do, but so often in their movies they seem to treat their characters with contempt (see Burn After Reading or Intolerable Cruelty), but in their best work they let their weirdos be weirdos and show us how we might love them in spite of everything. In this movie, that may be most true of Alden Erenreich's Hobie Doyle, who comes across at first as an idiotic movie cowboy, but becomes much more as the movie goes on. I've seen movies in the theater in the last couple of years that made me happy, and that I thought were good movies, but I haven't seen anything that made me fall in love with movies themselves as much as this did in a long, long time.

As a film nerd, hands down, Hair, Caesar! is my favorite movie about movies since Ed Wood, and that's high praise, indeed.

Also, check out this great interview with Josh Brolin about the movie.
Posted by vkotrla at 12:24:00 PM