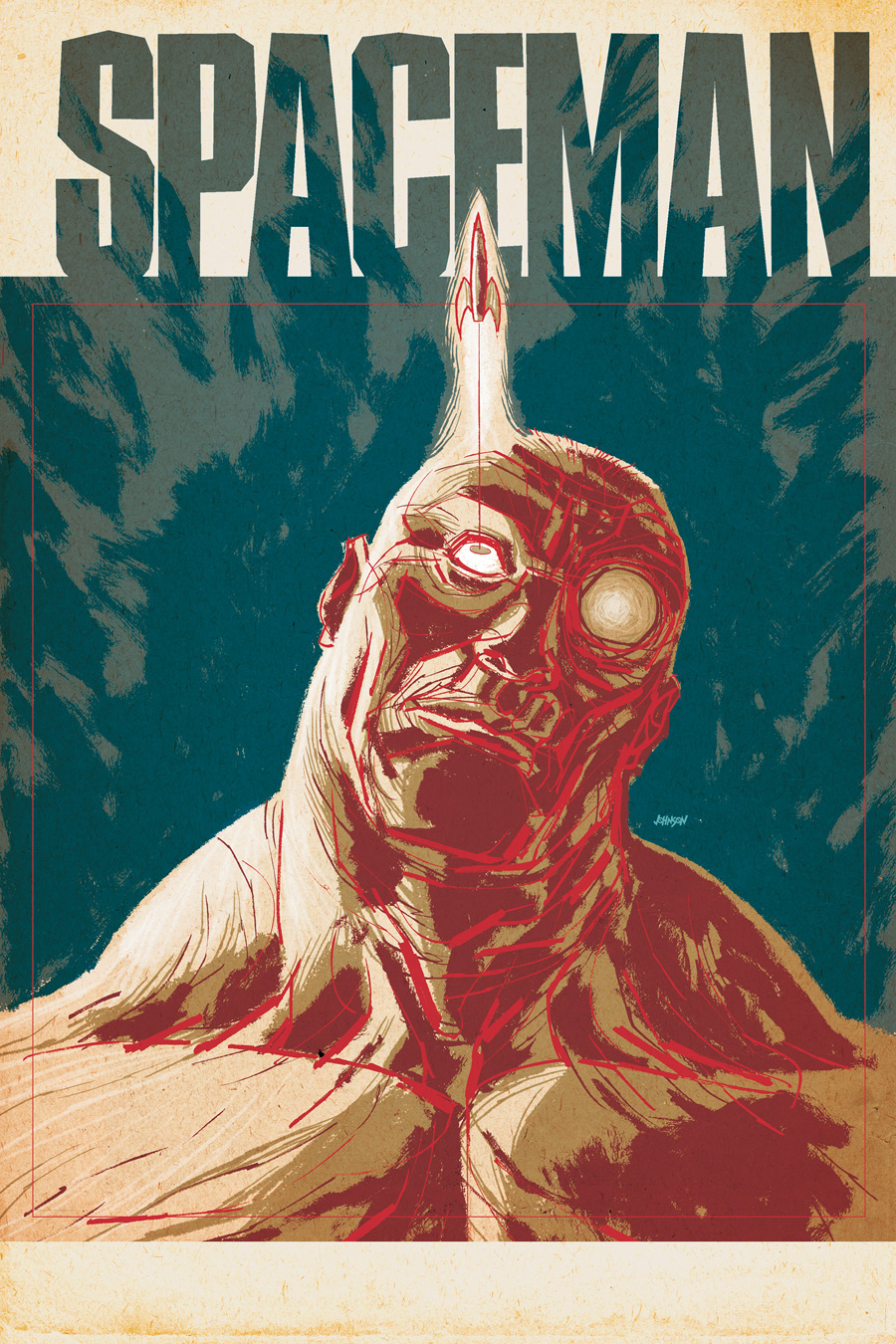 The Meat:
Spaceman is your typical NASA genetically created spaceman finds work as a scrapper in post apocalyptic world only to get tangled with a kidnapping of an orphan from the popular reality television show.

We are quickly introduced to Orson, one of the genetically created humans who was created by a NASA scientist to have greater bone mass and flesh density in order to survive the trip to Mars.  When the public learned about this NASA was defunded and the surviving Spacement were sent to orphanages across the world.

You quickly learn to feel sympathy for Orson, with his Cro-Magnon like appearance, the squalor he calls his apartment, and his fear of people learning that he is a living genetic experiment.  His life is not easy, living on the other side of the fence, driving through flooded cities to collect scrap metal to earn "funs".

One of the unique items of the book that actually made it harder for me to initially get into is the dialog. Humans speak outside of the fence speak a very basic dialect that can be difficult to follow.  Instead of saying thinking they say "braining", sleeping is "zeeing", publicity is "pub city", etc.  This became frustrating at times and forced me to read the story more carefully.  It also distinguished very quickly the educated from the non-educated.  In that capacity it was successful, but challenging.

Throughout the story we are given a window into the time Orson and his fellow spacemen spent on Mars.  These flashbacks are erie glimpses of the Red Planet and drama that unfolded in space.  To me this is where the book truly shines.

As the story unfolds Orson gets caught up in the kidnapping of Tara, an orphan "realtee" star.  He saves Tara, but when is caught on tape with her he becomes the prime suspect.  With his genetically manufactured body, Orson is extremely strong, and quite the formidable opponent.  He leaves a path of destruction in his wake that further paints him as a villain who is to be feared. 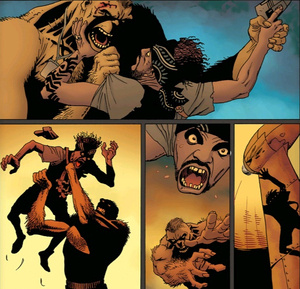 Eduardo Risso captures the delicate balance between Orson's tragic side and the sheer terror he is capable of.  At the same time you both fear and feel sorry for Orson.  The environments are rich and detailed and really add to the suspense and horror of this tale.

Bonuses: +1 for the flashbacks on Mars and the story that unfolds on the Red Planet. +1 for the beautifully tragic character of Orson.  I really felt sorry for him and found him to be an incredibly complex character.

Penalties: -1 for the dialog being difficult to manage at points.; -1 for not enough time spent on the intriguing backstory. I would have loved to learn more about the early stages of life for Orson and his time in the orphanage back on earth.

Comic Coefficient: 8/10. well worth your time and attention

[See explanation of our non-inflated scores here.]
Posted by Mikey N at 5:00:00 AM