I know that it is Friday, but we decided to give everyone a chance to give thanks for comics for a full day before diving into this week's offerings.  Hopefully you aren't caught up in too much Black Friday madness to sit back and enjoy some good comics.  I also encourage everyone to hit up their local comic book store for their Black Friday deals.  I play on hitting mine up to see what trades they have marked down. 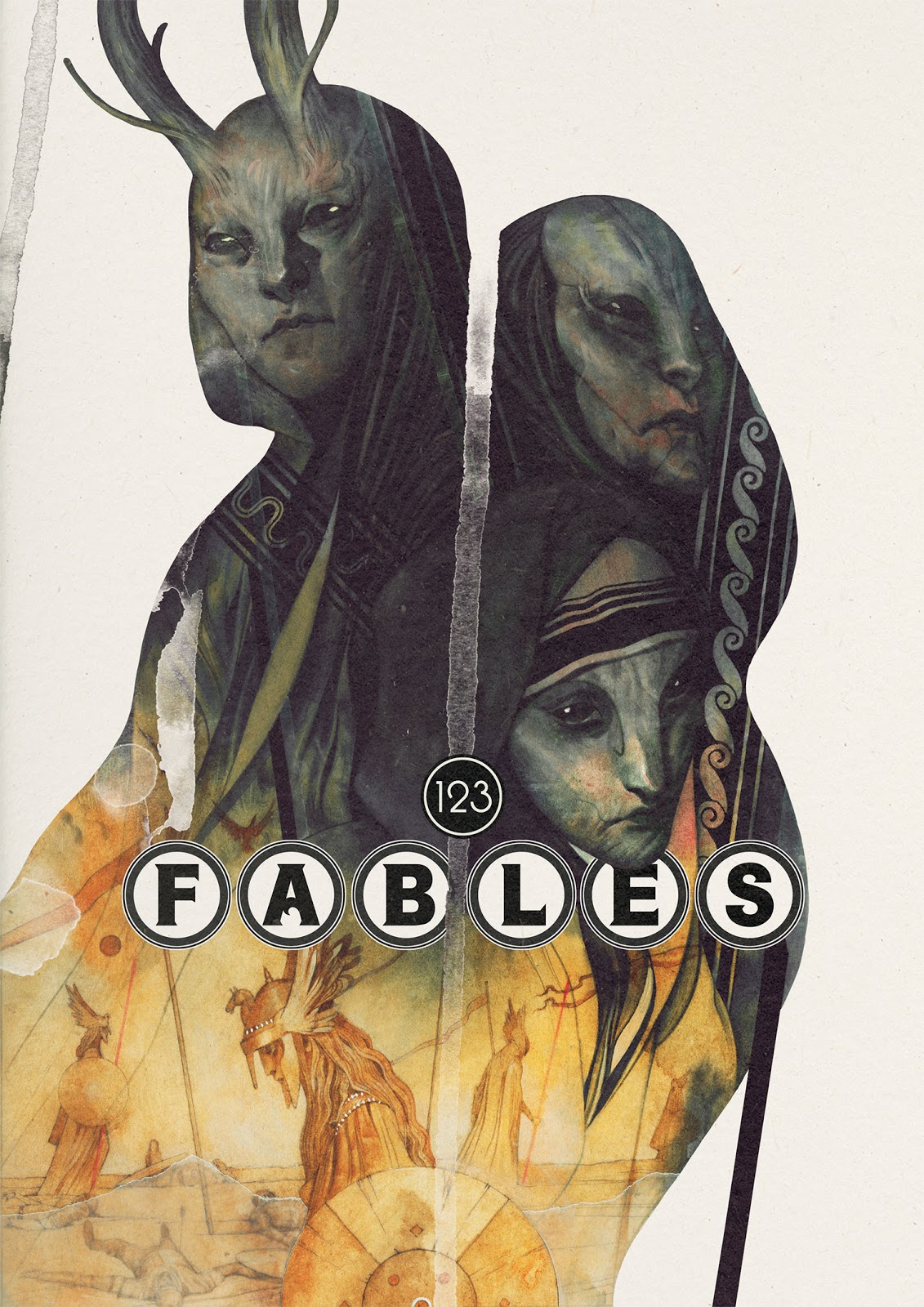 Pick of the Week:
Fables #123 - Bill Willingham crafts the thoughtful conclusion to his two-part side story The Destiny Game.  In this stand alone story between main arcs Willingham demonstrates why he is the master of non-superhero comics.  Bigby's tale of correcting his fate is brought to an epic conclusion that is befitting the true beast he is.  It is easy to forget the terrible past that once haunted this beloved character, and asides like this really portray the complex characters that Willingham has created in his Fables world.  If you haven't been reading this then you owe it to yourself to start at issue #1 and enjoy the over 100 issues of comic mastery.

Daredevil #20 - Mark Waid's Eisner winning run on Daredevil continues to dazzle.  Daredevil finally learns who has been causing him to question his sanity, only to be trapped by the Spot separated from his own head.  We learn that the Spot has been involved in assisting terrorist organizations, smuggling drugs and human trafficking.  Not only does Daredevil need to thwart the Spot for these crimes and free the hundreds of other captives who are separated from their heads, but he needs to know who hired the Spot for the job on him.  This arc concludes next issue and I am looking forward to it.

The Not So Good:
Clone #1 - A new offering from Robert Kirman's Skybound label, I had high expectations for Clone.  Dr. Luke Taylor is coming to grips with his own runaway father as his wife is expecting their daughter to be born soon.  Come to learn the reason he didn't have a father is that he is a clone, and for some reason, other clones are being murdered.  His wife is abducted and he has a lot of questions.  Intriguing premise, but the story felt very generic and I never really took to it.  If I hear good things about subsequent issues I might be back for more.

Deadpool #2 - While lacking the charm of the first issue, this one still delivers some good laughs courtesy of zombie former presidents.  Theodore Roosevelt uppercuts a bear at the zoo, Kennedy is still a womanizer and has quite the mouth on him, and Deadpool is helped by the ghost of Benjamin Franklin.  As I stated in my review of the first issue, with Brain Posehn and Gerry Duggan at the helm, Deadpool is in good hands.  I think what I love best is that mixed in with the innuendo, the crass jokes, and the cheap laughs are some really intelligent gaffes.  Good combo of truly low brow and high brow humor.

Captain America #1 - Rick Remender has the daunting task of following up Ed Brubaker on Captain America.  Remender delivers a solid first issue, giving fans a little bit of Steve Rogers childhood and introduces the villain of the first arc.  Arnim Zola has abducted Captain America in the hopes of utilizing his DNA to aid in the creation of his own super soldier son.  With a decent twist at the end it appears that Cap may be in good hands.

Hawkeye #4 - Matt Fraction continues his enjoyable run with Hawkeye in part one of two in a short story involving a tape that compromises Clint Barton as an Avenger.  In this issue Fraction continues his light hearted approach as we enjoy Barton as a cabbie in Madripoor, and learn of an unfortunate hiding place of his Avengers Amex Black credit card. This is a fun book worth checking out.

Judge Dredd #1 - If you are looking for a toungue in cheek comic based in the Judge Dredd universe then this is your title.  While it was nothing ground breaking, it was appropriate to its subject and proved to be a decent book.  Don't think I will continue it, but not unhappy to have read issue #1.
Posted by Mikey N at 5:00:00 AM