At some point, I lost track of new things. I used to follow authors who are/were alive and working, and I'd get their new books when they came out. Same with music, but in that case I can still identify some prominent album misfires that weaned me of the habit -- get my hopes all up, race to get the new thing the day it comes out, only to find out I'd been looking forward to a stink bomb. I still discover new music and books, but mostly through word-of-mouth.

I say that to say this: my summer reading list is super lame, since the most recent title on it came out in 2004. My selection criterion was nothing more than the single fact that these are the titles that have been giving me the dirtiest looks every time I walk past my bookshelf on the way out the door.

Full disclosure, I may not get to any of them. I am currently shoulder-deep in Marcel Proust's Swann's Way, which is book one of his In Search of Lost Time/The Remembrance of Things Past. My plan is to finish Swann's Way and put Proust aside for quite some time -- I love it, but I don't intend to read nothing but Proust for the rest of my 30s -- so hopefully I'll at least take a bite out of this list by September.

Thanks to my infatuation with Dashiell Hammett and Raymond Chandler, I have an abiding love for the hard-boiled detective story. Horselover Fat (or Philip K. Dick, if you prefer), also holds a special place in my heart because somehow, since moving to Southern California, Dick's worldview seems to make a lot more sense. I'm sure that says terrible things about me... I am led to believe (by The G and others) that this book is "a high-octane blend of Raymond Chandler and Philip K. Dick" (Boston Review). Sign me up.

This book landed on my radar, like it did for a lot of people, after Neil Gaiman's hearty endorsement got the thing published in the first place. My wife was quite hopelessly casting about for something to fill the Harry Potter-shaped void in her life after The Deathly Hallows was published, so I gave her this. So now she and Neil Gaiman have recommended it unequivocally, and I can no longer hide behind its length as an excuse for not reading it. Because I'm reading Proust.

Both this book and The Plague were breathlessly recommended to me by two separate friends. I read The Plague first, and didn't love it. I chalk that up, however, to having seen or read so many things that owe so much to Camus' book that what seemed groundbreaking in 1948 feels overly familiar now. That's not the author's fault, though, so I am happy to give The Stranger a shot...even though I'm not sure I've ever agreed with Camus' take on The Myth of Sisyphus, for which he is quite famous. 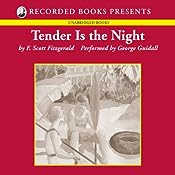 The Great Gatsby suffers today from a couple of terrible film adaptations and being on high school reading lists. I think to really appreciate Gatsby, you have to have an actual past upon which to look back, significant regrets, and a bone-deep emotional understanding of what "shallow" really means. High schoolers tend not to possess these in any significant measure. I returned to Gatsby maybe five or six years ago after having found it mediocre in high school, and now realize that it is, in fact, and you better damn not argue with me on this, The Great American Novel. I don't expect this to be as good, but I owe Fitzgerald a lot more of my time than I have given him thus far.

Pynchon is a personal favorite (and if we're playing the Six Degrees of Separation game, I am only one degree away from him (wait, is "one degree" if you know them, or know somebody who knows them?)(I may be two degrees)(I've made a mess of this)). Re-reading this for the...third?...time. But it's been too long. Also, fun fact, Polish death metal band Vader's song "Silent Empire" is based on this book. And there's a place in my neighborhood called Trystero Coffee.

Kurt Vonnegut is, for me, the writer that most makes me want to give up writing. He has set such an impossibly high standard that I shrink from asserting that he and I are both in the same game. We're not. Reading Vonnegut is like coming home for me. Don't know how many times I've read this book, but I have to come back to it every few years. Since I finished all of his novels, I haven't read him as frequently as I would have liked. This must change.

Maybe I should do a "Best Vonnegut Novels" post and see how quickly the Internet tries to murder me via hateful comments from people who disagree slightly.