ALERT! Galaxy to Crash Into Other Galaxy

This just in: our galaxy, the Milky Way is set to crash into the neighboring Andromeda galaxy...in 4 billion years.


Over about 2 billion years, the two spiral galaxies would merge, forming a more globular, non-rotating galaxy known as an elliptical galaxy. The sun would probably get flung out farther from the Milky Way's center, but Earth would almost certainly remain undisturbed, relatively speaking: It’s extremely unlikely that any star would come close enough to our solar system for its gravity to disrupt our planet's position around the sun.

So we'll be fine, or at least, whatever post-human species lives on Earth 4 billion years from now will be. If we don't destroy everything first, that is! If not, our descendants will be treated to a night sky that might just look something like this: 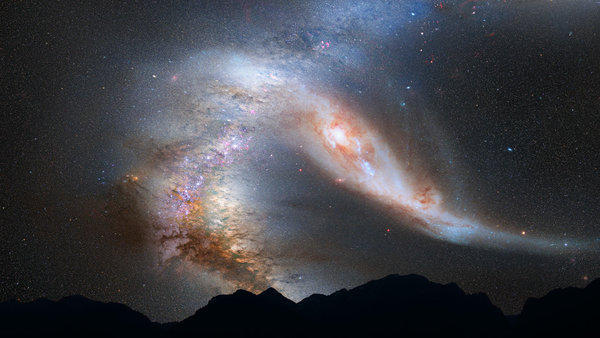