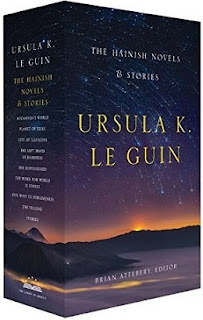 So you've read some Le Guin and you're ready to do a deep dive into some of her most critically acclaimed work. Look no further than this handsome boxed set from the Library of America, collecting ALL of the Hainish novels and short stories in two volumes.  Including The Left Hand of Darkness, and The Dispossessed, The Hainish Novels is an essential one stop shop for excellence in science fiction 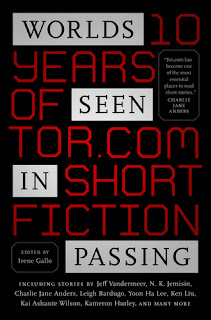 If you're reading this, it's very likely that you'll already be familiar with the work going on at Tor.com: the web spinoff from Tor Books has become a go-to place for articles, book previews, online short fiction and, more recently, its own novella and novel publishing line. Worlds Seen in Passing specifically celebrates ten years of the site's short fiction outputs by collecting some of the best from 2008 to the present, and it makes for an extraordinary line-up packed with adventure, tragedy, humour and heart. Perhaps more importantly for an anthology whose contents are available for free online, it's all bound up in a gorgeous hardcover which looks great on the shelf and invites dipping in to your favourite stories without the awkwardness of reading from a glare-y device screen. Whether you're buying for a long-time fan of short fiction, or for a genre lover who hasn't caught the short story bug yet, this collection is bound to be appreciated. 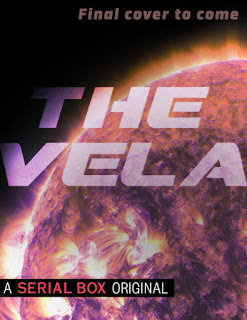 Coming in early 2019 from Serial Box, The Vela is the first season of a hunt for a missing refugee ship that might turn into something impacting the entire universe. Honestly, the only thing that I really need to know is that the episodes will be written by Yoon Ha Lee, Rivers Solomon, Becky Chambers, and SL Huang. That's a powerhouse lineup of writers and I cannot wait to see how this all comes together. 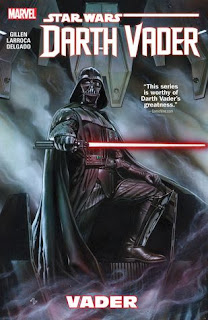 Darth Vader is one of, if not the,most iconic villains in all history. This series explores much of who he is and what makes him tick. They prequels wanted to do this so bad, and the execution was so terrible, we are all stuck with the enduring "noooooooooooo" in what should be a great film moment, but instead is one of unintentional comedy. The comics manage to actually redeem that (to the extent that is possible) and build on it in a deep, gripping fashion. It's a deep dive into who Vader truly is and his tumultuous journey, and a must own for any Star Wars fan. 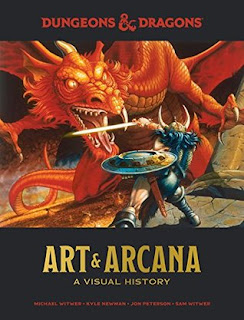 Dungeons and Dragons Art and Arcana: A Visual History (recommended by Paul)

This the definitive work that shows the growth and evolution of the artwork used in the Dungeons and Dragons games over the last 40 years. It’s an amazingly deep dive into a look at the game, not just as its art, as filtered through the changing depictions of everything. From the first handdrawn maps of the original developers of the game, to the modern sleek art of today, the book’s art unlocks the evolution of the game through imagery and essays. While the book is mainly arranged by chronology, starting from the precursors of D&D in the 1970’s and running up to today, my favorite feature is “Evilution”, where the book breaks this format to show how an iconic monster or character, like, for example, the fearsome Beholder, has evolved across multiple editions. Features like this give a cohesive and complete view of how the art and the imagery of the game has evolved and changed over time. And, joyfully, the book has some of my favorite art in the game’s history, like “Emirikol the Chaotic”. Anyone vaguely interested in Dungeons and Dragons will love this book. It’s compulsively dippable back into anytime, to be inspired to write, dream, and of course, roleplay. 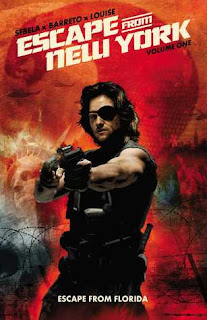 Escape from New York, Vol. 1: Escape from Florida (Comic) (recommended by The G)

Has that special someone in your life always wished there was a better, more fitting sequel to Escape from New York? Well, turns out Boom! Studios has got your loved/platonically loved one covered. In this one, Snake Plisskin finds himself in Florida, which is a sort of fanatic state run by a pair of homicidal twin teenagers preparing to invade the rest of the US. It's...not exactly the sequel I would have written, but it's definitely a lot better than Escape from LA.