Tip of the Hat: The Arlo Finch Experience 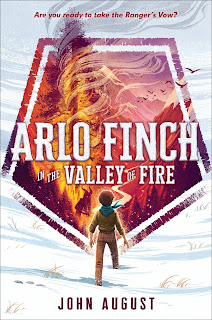 A-list screenwriter John August decided he wanted to write a middle-grade fantasy series, and this month he has delivered not just the book, but an entire experience that, as a writer, I think is one of the coolest and most fun vicarious adventures I've gone along on in recent memory.

John August has always been staggeringly generous with his time in service of other writers, and so it's not a surprise that his podcast Launch, which has accompanied the release of his first middle-grade novel, Arlo Finch in the Valley of Fire would be another gift to writers. August has written a ton of movies, including the film and stage adaptations of Daniel Wallace's Big Fish, the Charlie's Angels movies, Frankenweenie, and he started his career with Go. For the last several years, he has also co-hosted the weekly Scriptnotes podcast, about screenwriting and things that are interesting to screenwriters. But long before Scriptnotes, he was fielding questions for IMDb from aspiring writers about formatting, writing for the screen, and the business of doing so. So for him to decide a couple of years ago to put that career on hold because he wanted to try writing a book, it was a ballsy thing to do.

It was also admirable. It's a shame so many of us are handicapped by a doubt that keeps us from telling our stories, in whatever form they may take, and he took a big risk to step away from a multi-million-dollar career in favor of stepping into the unknown. I love stepping into the unknown, but I usually don't risk much to do it. It might pop into my head, "I wonder if I could animate a music video?" And then I figure out how to do it, and then do it. All it costs me is sleep. Or wonder if I could make a horror movie for $500. Or I might wonder if I can write and record an EP about classic monsters in a week. There are many, varied creative journeys I've taken over the years, and through the Launch podcast, it's been a trip to go on one that had always been closed to me. 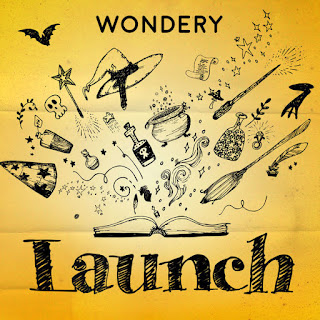 I don't intend to review Arlo Finch in the Valley of Fire, except to say, "Yeah, it's pretty good." I'm not a middle-grade reader, but I have kids who are and while it's no Wollstonecraft Detective Agency (oh, how I love that my kids love those books), I happily handed Arlo to my daughter after I read it and she's plugging away on it now. But Launch takes us on the entire creative and industry journey for the book. In my early 20s, I very much wanted to be a novelist. I wanted to land a top-notch agent (mine was definitely a few notches below "top"), and have publishers clamoring for what I'd written. I wanted to have those conversations. I wanted to see a book with my name on the spine in my local bookstore. It never occurred to me to think about going to the actual plant where the books are made, but all of these things occurred to John August, and he had a digital recorder along the way. So the seven episodes of Launch, the last of which drops this week, begin literally at the moment when the first Arlo Finch book occurs to the writer, through the writing, pitching, selling, and revising conversations, through the font selection for the final book (I love geeking out about fonts!), through watching the first book come off the line, then the release party and book tour, and finally the sales numbers and how we measure success.

I expected I might feel a pang of jealousy somewhere in this journey — after all, listening to an agent flip out over somebody's book isn't the same as having an agent flip out over *your* book — but that never happened, and I think the reason why it didn't is just joy. John August is so joyful throughout this entire process, and so willing to talk about his own uncertainties and fears, that each moment winds up being just so relatable and dripping with joy. It'll be a long time before I forget him exclaiming, "That's my book!" when he sees the first bound copy come off the line. This podcast is a celebration of authors, a celebration of books (which warms all our nerdy hearts here), a celebration of risk, and a celebration of just walking the road.

It's a joy. And the world needs more joy.

Check out the podcast from iTunes here and on Stitcher here. Or just play the first episode right here:


Posted by Vance K — cult film reviewer and co-editor of nerds of a feather, flock together since 2012, Emmy-winning producer and folk musician.
Posted by vkotrla at 12:00:00 AM