There are many fearsome aspects of the Empire in Star Wars: Their dedication to planet-destroying superweapons, their wrinkled leader who shoots lightning or the guy in futuristic samurai armor. But none of these holds a candle to that sheer unstoppable force that is the Imperial Marketing Department. They know good and well that the best thing for the Empire is getting more Stormtroopers, and selling Stormtrooper toys, and to that end, there are endless armor variants. There will be EVEN MORE in The Last Jedi! But which is the best?! Let's rank 'em (quick note: I am including the Republic Clone Troopers and First Order under the blanket of 'Empire'):

Magma
Did you know Magma Troopers were a thing? Yeah, me either. Should have gone the amusingly-ironic weapons route and given them a freeze gun or something. All they get is desert trooper armor with a breathing filter, which they should have already. This is triple-redundant armor.

Space
There is literally no discernible difference between this and a regular Stormtrooper. Make it look spacey, Imperial Marketing Department! Scheech.

Storm (FO)
Pretty cool, and a good update to the look, except it looks like the back of that car. You know the one. 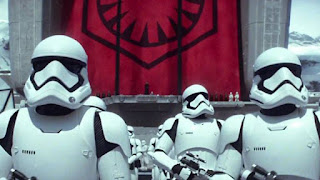 Snow (FO)
A meh update to the Empire's version. At least it doesn't look like a car trunk.


Sandtrooper (OT)
Major point deduction for how redundant this is. You have a cooling backpack, or whatever? Good for you. It looks exactly the same. A little bit back because the old-school action figure came with the big gun and I played with it a ton. Personal nostalgia aside, this is about as lame as it gets.

TIE Pilot (OT)
I try to keep my own personal bias out of this, but holy crap, I love me some TIE Pilots. A) They fly TIE fighters, B) Shiny black armor, C) other things probably, I guess, they are awesome. What's with the doofy chest thing, though? It kills the whole look.


Shore
I'm sort of torn on this one, because there are plenty of environment-specific armors on this list, but at least this one doesn't just look like regular Stormtrooper armor with camo or whatever. So, points for looking cool and at least trying. Good for you, Shoretrooper. 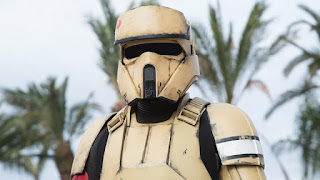 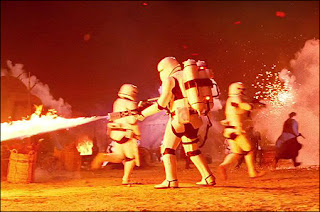 TIE Pilot (FO)
Thank you for fixing the doofy chest thing. The red stripe is, like, a million bad-ass points.

Scout
The visor looks super sweet, but what purpose does it serve? They get to ride around on speeder bikes and shoot sniper rifles, but that visor just seems impractical. Call it a wash.


Clone
The original, and the best. I mean, it's not the original in the real world, but it is in the Star Wars universe. In any case, it's fantastic. The basic troopers are simple and clean, and their variants and specialists have colorful differences. Major style points for the officers (and even rank and file troops) decorating their armor with personal touches. But they're clones, so how personal can it be?

Snow (OT)
This is probably the best environment-specific variant. It looks different, and seems practical. And the robe-y (it's a technical term) look adds a air of mystery and intimidation. 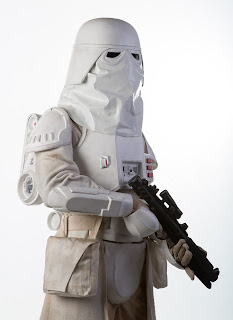 Storm (OT)
What is there even to say? It's classic, it's a clean look, and looks so good, you forget they can't hit the broad side of a space-barn. 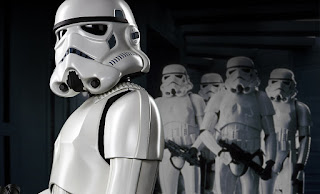 Death
These guys are everything cool about TIE Pilots (BLACK!) and Stormtroopers rolled into one. Plus they have Death right there in the name! You don't get more bad-ass than that unless you are Darth-freakin-Vader himself. Every kid in the galaxy wants to be a Deathtrooper and you know it. If the Empire had drafted Jyn into the Deathtrooper ranks, she would have shot her mom herself.