Welcome to another installment of our Fireside Chats! Today's special guest is David Zuckman, the founder of Obscure Reference Games that just successfully published its first game, Overlords of Infamy.   Please join us as we talk Kickstarter and the booming boardgame industry. 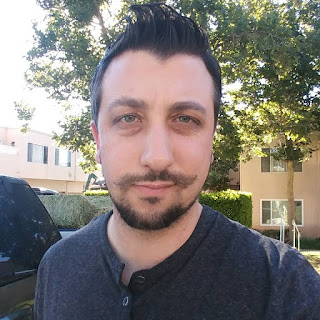 What motivated you to create Overlords of Infamy and start your own board game publishing company?
As with most good ideas, Overlords of Infamy started out as a joke between friends. I had the thought that it would be hilarious to have Super Villains doing dastardly things like "Making people's socks damp", and "stealing candy from babies". I shared this with some of my close friends and we spent most of the day joking about it, coming up with more and more ideas. By the end of the day, I had a nagging idea to turn it into a game. The rest, as they say, is history.
The board game industry has been growing rapidly over the past four or five years.  How does this impact you as a game publisher and what role does a small publisher like Obscure Reference Games play?
I feel like the industry is in the best place it has been, probably ever. Right now there is nothing stopping unique and interesting ideas from smaller publishers from seeing their way to market and the general public. Avenues like Kickstarter and IndieGoGo remove a lot of the restrictions and gateways that previously held back independent designers and publishers. Many people can argue about the virtues of allowing scores of new games coming out each year, but I think it is fantastic. There is truly something available for every gamer at this point.
I don’t think many people appreciate how much time and energy goes into creating a game.  What was the most frustrating part of the process and what advice would you give someone wanting to attempt a similar endeavor?
The most frustrating part of creating this game was finding artists that worked well for the ideas we came up with. Ultimately, we were very happy with the artists that we ended up with, but it took a lot of time and money to get to that point. I would recommend that when you are early in the process of making the game, don't worry about including intricate art. You likely only need just enough artwork to make sure your ideas are properly presented. Worry about artwork when you are closer to having a completed game and are ready to show it to strangers. 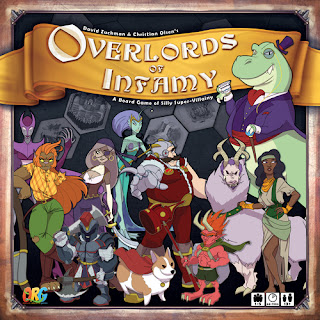 Even though your Kickstarter was successful, what lessons did you learn from using the crowdfunding route to publish your first game?
I learned a lot about how we present our project. The artwork that we used on Kickstarter was almost entirely replaced for the final game. I am certain we would have earned even more during the campaign if we had the finalized artwork back then that we do now.
Overlords of Infamy features a variety of gameplays, including resource management, tile laying, and worker placement.  Was it difficult to integrate all of these systems into one game?
I really thought it would be, but they honestly work really well together. I had been playing a good deal of games with similar mechanisms, so I had them fresh in my mind while designing Overlords. I am very pleased with how the mix of mechanisms flow during game play. 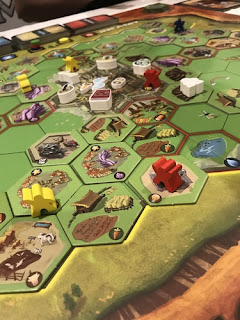 I love the idea of playing as the bad guy.  It reminds me of playing Dungeon Keeper on the PC way back in the day.  What inspired you to flip the role and put the bad guys at the front and center?
I think the popularity of Grand Theft Auto, and similar games show that people in general really enjoy taking on the role of the bad guy in instances where there are no real world effects and consequences, and I am no different. It's an escape from the real world and gives a perspective that we would not get otherwise. However, the most alluring thought I had about this concept was making the Evil Overlords believe they were doing truly evil things, when in reality, most things they were doing were just simple annoyances. That just makes the entire situation hilarious to me! 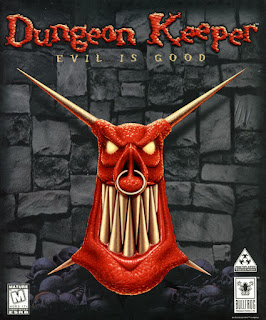 From watching your video on Kickstarter to reading the profiles of Obscure Reference Games, it seems that humor is important to you.  What types of humor influences your staff and what obscure reference are you most proud of in your first game?  Did I catch a Mr. Show reference in terms of blowing up the moon?
Humor is incredibly important to us. If I can make someone laugh, I feel like I have done a good deed for the day. Dry humor, physical humor, and sarcasm make up quite a bit of our repertoire. We love obscure references, as our name implies, and it is hard to pick just one. If pressed, I would have to say my favorite would be "Build a Wall and Make the Kingdom of Good Pay For It". Or one of the Princess Bride references. Or a Spaceballs reference. Or the Dodgeball reference. It's so hard to pick!
To your last question....maybe.
I know you just got back from Origins.  Was this your first board game convention you attended as a publisher?  What was that experience like?  Are you planning on attending any other conventions?
We've been doing conventions since early 2015, and during those early ones we would just bring our prototype and let people know it would be on Kickstarter "soon". We went to several local conventions in LA, such as Strategicon, which is a fantastic con that happens 3 times each year. We've been to many others since then, such as Wondercon, and San Diego Comic Con.
Origins 2015 was our first MAJOR convention though, and we have been back every year since. I can safely say that Origins is my favorite convention to attend and I look forward to it every year. I'll be going to Gen Con this year as well to help out Leder Games with Vast and Deep!

In the future I hope to be able to exhibit at BGG Con, Dice tower Con, and others!
If you could acquire any creative license to create a board game, what license would you use and why?
Oh this is a tough one....I think I would have to go with Spaceballs, mainly due to my deep love of all things Mel Brooks and Star Wars. If I could design a game that captures even a fraction of the fun I have with those movies, I would be ecstatic. 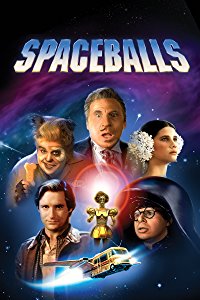 What does the future hold for Obscure Reference Games?
We are working on our next games right now. We have a lot of ideas we are fleshing out, but the one that is furthest along is Dimensions of Discord Online. DoDO is a tabletop game, using mostly just cards, in which you are a guild leader in an MMORPG, such as Final Fantasy XI or WoW.
The goal is to be the most reputable guild on your server. To do so, you will recruit players to your guild and send them into Raids, or after Monstrous Foes (world spawn bosses) to collect reputation and "loot", the two currencies of the game that you use to recruit players and buy items from the Auction House. Monstrous Foes and Raid Bosses also have the potential to yield equipment items and mounts that you can give to your Guild Members to make them more effective and worth more reputation when you add up your score at the end of the game. I am also including a PvP arena, and Guild Halls that you need to upgrade to increase the size of your guild and number of items you can hold at one time.


One of the concepts I am really excited about is that each Member you can recruit is only
"online" at certain times of day, so you can only group together guild members who share at least one block of time online.

This one is still in the early stages, but I will be talking a lot more about it in the future, especially when I start public play tests.
Thanks for taking the time to chat and I look forward to checking out Dimensions of Discord Online and maybe meeting up at San Diego Comic Con!

POSTED BY MIKE N. aka Victor Domashev -- comic guy, proudly raising nerdy kids, and Nerds of a Feather contributor since 2012.
Posted by Mikey N at 2:00:00 AM