This is both a happy and sad week for me.  Happy because of all of the great comics that came out this week, but sad because it is almost time to say goodbye to some old friends.  I sure am going to miss The Sixth Gun and Mind MGMT, but there is something to a story having a beginning and end from its inception.  Both seem poised to give fans a satisfying ending and reason to reread the series on an annual basis. 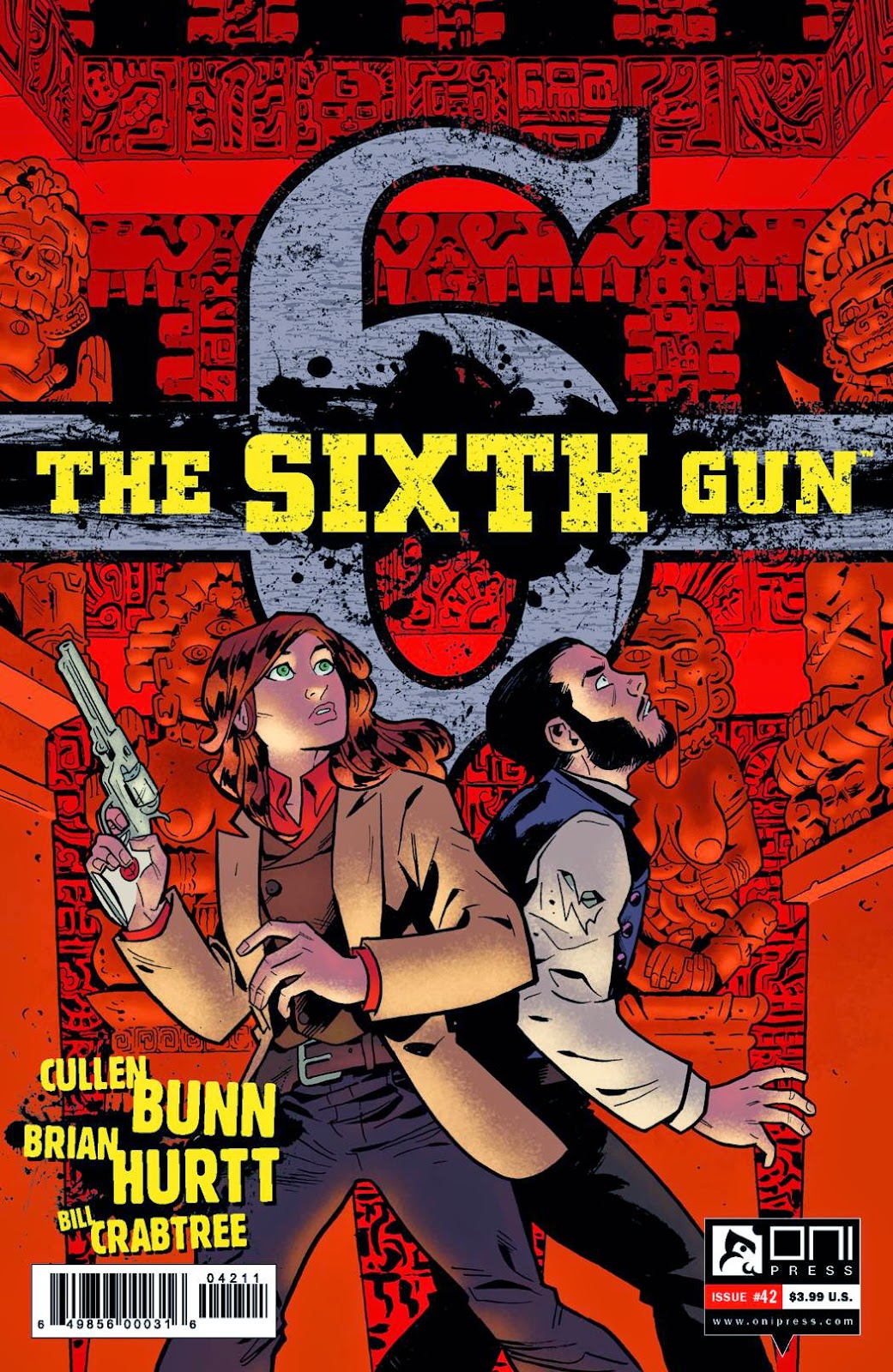 Pick of the Week:
The Sixth Gun #42 - Becky Montcrief is without question one of the strongest females in all of comics.  The growth her character has had in Cullen Bunn's masterpiece is simply astounding.  From such humble beginnings, she is now poised to end this mess.  Things look bleak, but she has a plan that is absolutely terrifying.  Part of me is sad to see a story such as this come to an end, but Bunn has really delivered what seems to be an amazing ending to this story.  Brian Hurt outdoes himself once again.   The King of Secrets is one of the best character designs I have seen in some time.  I would love to see a talented cosplayer pull something like that off at SDCC next year.   This and Locke and Key go back and forth in terms of which series I recommend to new comic book readers.  If you have not read it go buy all of the trades right now.

The Rest:
Mind MGMT #25 - Matt Kindt is in the winding down stage of his epic spy tale and this week's issue was a great refresher and had a more subdued tone.  There is something very refreshing that the first two comic books in this week's post include strong female characters who have truly grown throughout their comic book journey.  Meru is set to take down the Eraser and prevent the new formation of Mind MGMT, but she may have to accomplish this on her own.  Without spoiling anything, I am very excited about the first step in the process that is revealed at the end.  Another must read series.

Saga #22 - The amount of truly amazing comics book this week is almost too much to handle.  Brian K. Vaughan took me on quite the roller coaster on this issue.  It started with some laughs, was utterly gut wrenching, and then shifted to horror.  The journey that Vaughan takes his reader on this week is emotionally exhausting and will probably hit very close to home for some.  Fiona Staples remains one of my favorite artists of all time. From the opening page (a reminder why I love this series), King Robot, and the conclusion of this issue, Staples is as talented and versatile as anyone in this medium.

Outcast #3 - The new Robert Kirkman book continues to impress and the slower pace was a welcome change.  This may have been the most depressing read of the week, but not in a bad way.  Kirkman has a great track record of creating complex individuals, and this issue felt like it was a great hint of things to come.  Definitely a series that is worth your time.